By PortionNews (self media writer) | 9 months ago 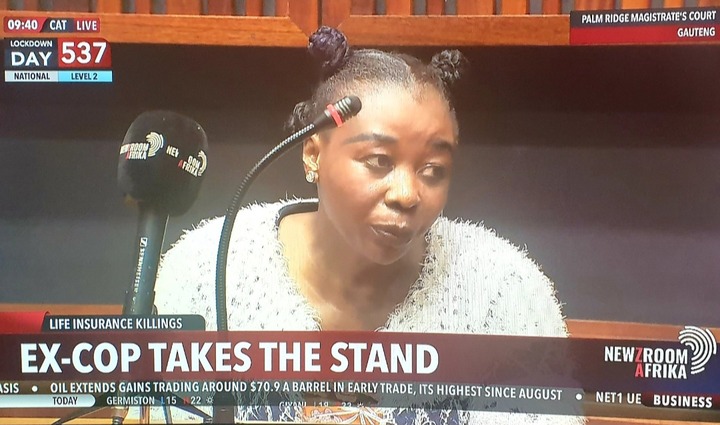 This is the list of the people she allegedly killed for life insurance policies. Although she denies all the charges set against her.

Audrey Somisa Ndlovu was found poisoned and strangled to death in her rented room in Thembisa in June 2013 after Rosemary allegedly visited her. Ndlovu is alleged to have claimed life insurance policies in her sister’s name. She is also alleged to have called the insurance companies while acting as Audrey. It was then that she listed herself as a beneficiary to Audrey’s policies so she can receive lump sums as a beneficiary. Ndlovu received a payout of more than R717,000 in insurance from her sister's death.

Witness Madala Homu was murdered in March 2012 on his way home from work. His body was found dumped in Johannesburg and he had sustained head injuries. The state alleged Rosemary Ndlovu had hired a hitman to carry out this murdering of her cousin. She claimed more than R131,000 from life insurance policies after his death, but did not assist his family with the funeral, she kept the money for herself

Yingwani Maurice Mabasa was murdered in October 2015 after being stabbed more than 80 times. His body was dumped near the Olifantsfontein police station. None of his valuables were taken from him. The state alleged the former cop had taken out several policies in Mabasa’s name and had recruited a man to take out life-insurance policies while posing as Mabasa. On some insurance policies she had listed Mabasa as her spouse and herself as the beneficiary. She paid the premiums and cashed more than R416,000 after Mabasa’s death. At least, she contributed R40,000 to his funeral costs. 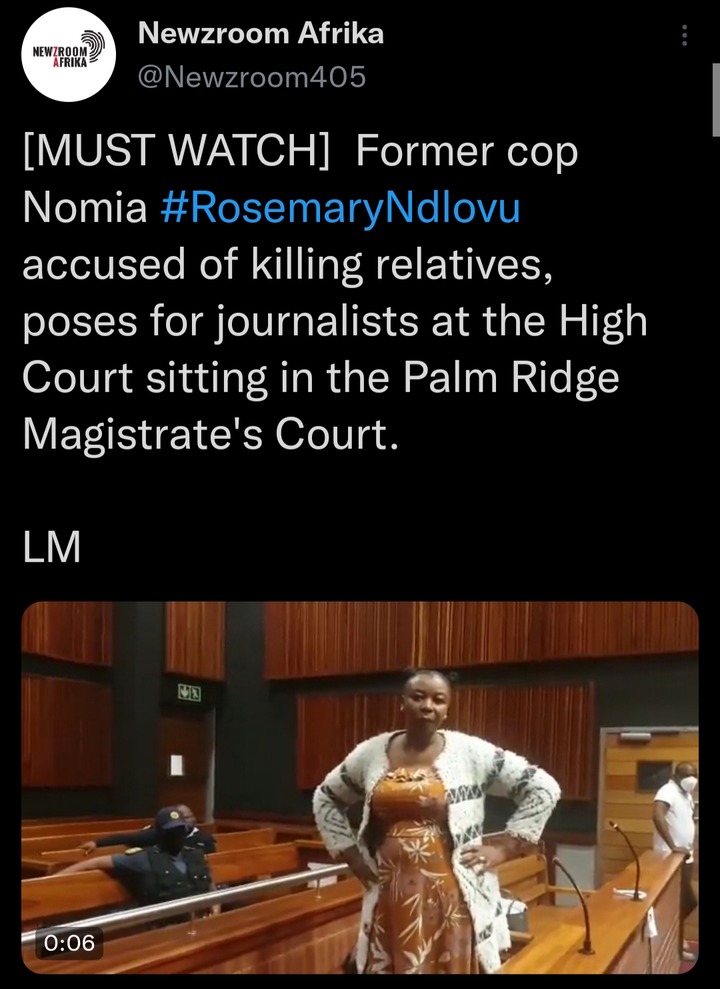 Zanele Motha was killed in June 2016 after claims she had been attacked in the streets of Kempton Park. At the time Zanele Motha was visiting her aunt Rosemary Ndlovu. Two days before she passed on, she had been treated at the Thembisa Hospital for scratches and bruises which she said came after she was hit by a bicycle.

Then later she had a second admission where Zanele Motha was rushed to the Arwyp Medical Centre in Kempton Park, where she was found to have suffered fractured ribs and a damaged liver. Former policewoman allegedly received insurance pay out of almost R120,000 in policies for Motha. However, she did not assist the family when it came to burial costs for her niece.

Mayeni Mashaba died in April 2017, on the same day he had arranged to meet Ndlovu in Daveyton, Ekurhuleni. His body was found dumped near Olifantsfontein with major head injuries. The nephew's cellphone records when tracked put him in the same location as Rosemary at the time of his murder. Whether she had claimed life insurance payouts for his death it has not been revealed yet.

Brilliant Mashego died in January 2018 after he supposedly heard of rumors that the former cop Ndlovu had cashout from life insurance policies after his mother’s death. Brilliant was Rosemary's late sister's son, Audrey Ndlovu whom she also allegedly killed in 2012. The young man's body was body was dumped at a marketplace in Bushbuckridge a couple of days after he had left home to allegedly meet his aunt Rosemary Ndlovu. Rosemary had promised Mashego that she would help him find a job. It was unclear whether she claimed on any policies after Brilliant Mashego’s death. 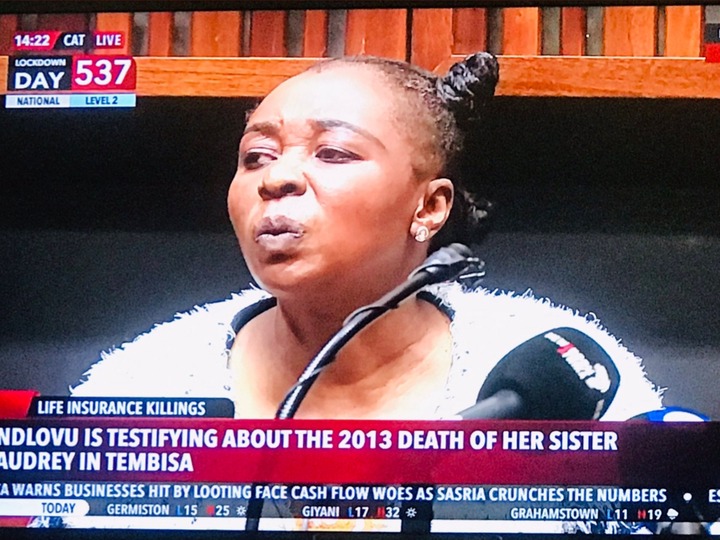 Content created and supplied by: PortionNews (via Opera News )