According to police commander in the central region, a 45-year-old man attacked his 56-year-old girlfriend with a cutlass several times for his denial of intercourse. 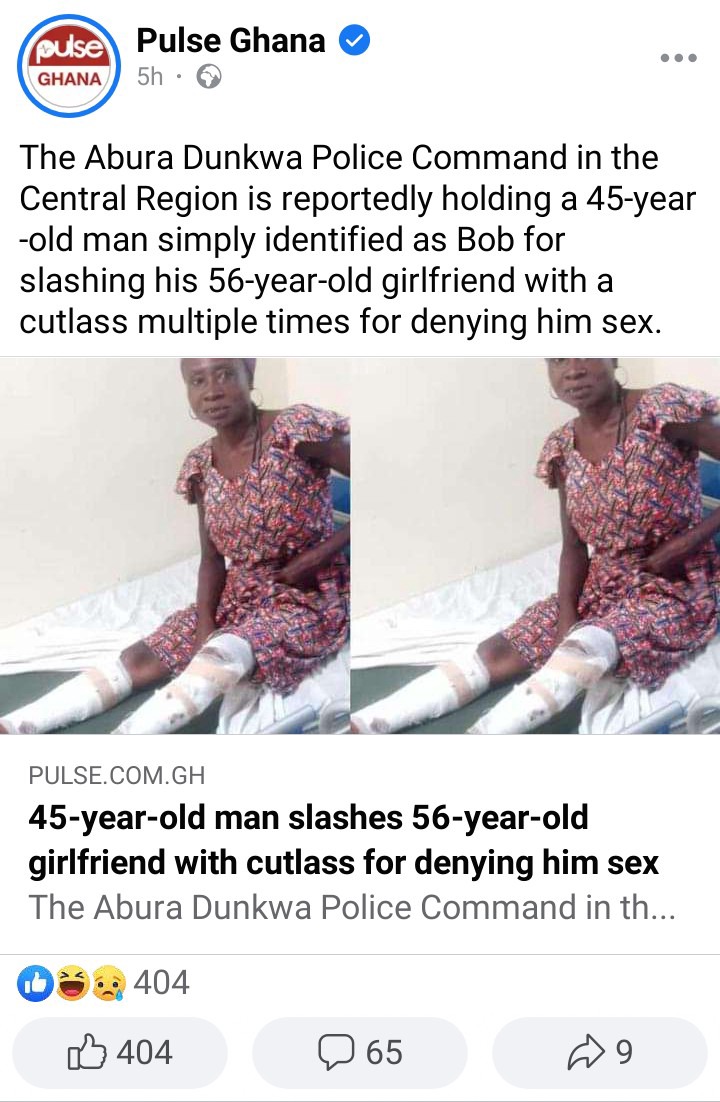 The victim is now receiving treatment in the government hospital. Before sexual advances were made, miscommunications between partners were reported. The 45-Year-Old Man became enraged during the debate and reached for the boats under the bed, cutting the victim.

Despite several severe wounds, the victim managed to flee and shout for help, attracting the attention of neighbors who transported her to the nearest hospital. 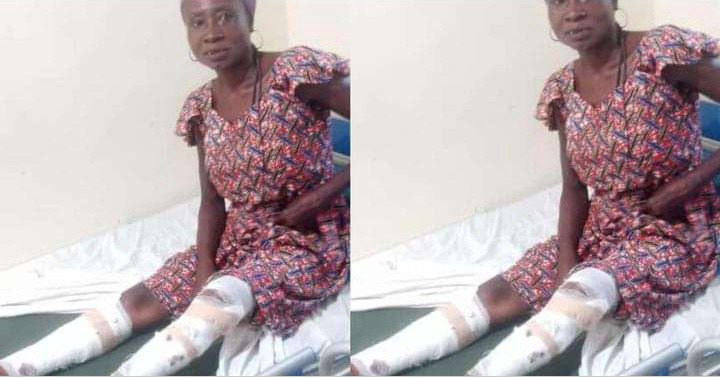 After the murder, the suspect attempted to thumb her, but the residents gave him a sexy chase and caught him, with furious people threatening to hang him.

Check out some of the reactions below: 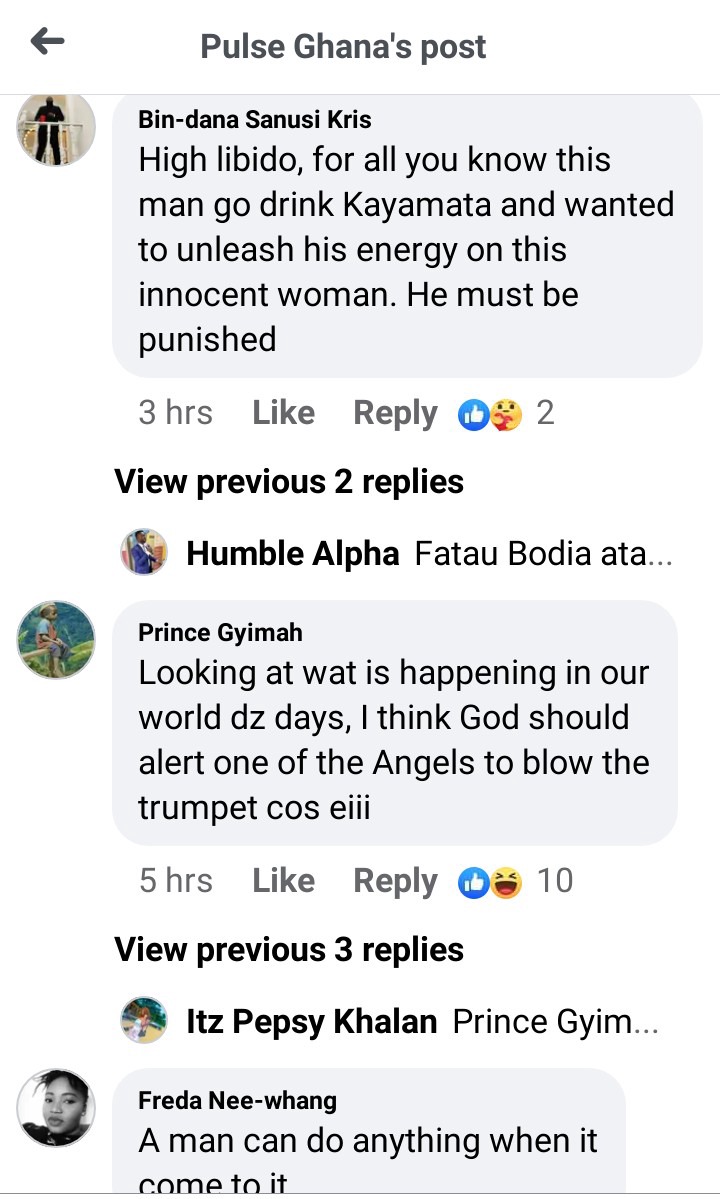 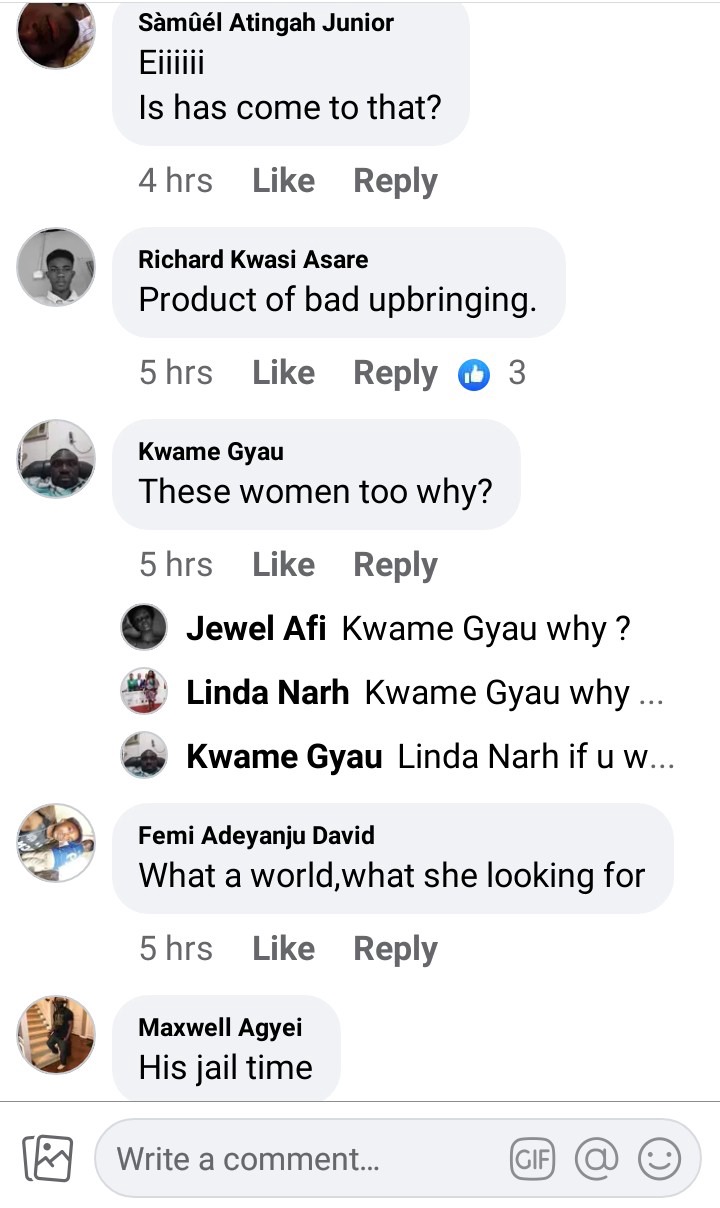