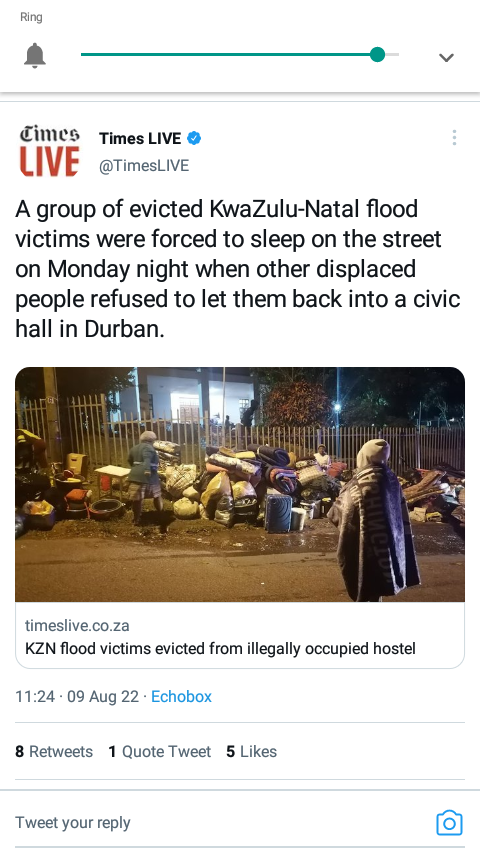 A group of evicted KwaZulu-Natal flood victims slept on the street Monday night after being refused entry to a Durban civic hall.

About 300 women, the elderly, and children were evicted from the Transnet building where they had occupied a hostel for two weeks. This group, from Mega village in Umlazi and affected by floods, moved from Yellowwood Park civic hall to the Montclair Lodge guesthouse in the Transnet building.

This was an attempt to urge the provincial administration to move them out of shelters and into houses faster.

On Monday, the court sheriff, police, and private security transported the group back to the hall they came from.

Ward councillor Gavin Hegter said flood victims who didn't join them in the hostel invasion refused to let them back in Monday night.

Most of the people who were evicted from there [Montclair Lodge] have arrived at the Yellowwood Park hall, and those who stayed behind and followed the law don't want them back.

"Unfortunately, the city's disaster management did not participate [in the eviction], while Montclair SAPS tried to get them on board to place these folks in proper institutions or transport them back home."

Hegter added, "There's no control over who used to live here and left and who's returned, because the disaster management team has those lists and hasn't gotten involved."

Flood victims held outdoors said the emergency management team produced lists and the hall had them.

"There are multiple lists with our names inside." Thulani Sindane stated, "If they came with it and read the names, we'd all be on it."

Zama Mkhize was surprised that the folks they lived with for four months didn't know them after two weeks away.

"What's worse is that we fought for them," because you can't be happy living in a community hall for nearly five months. No one updates you, and you're glad about it.

If another bus comes in the morning saying we're going to occupy another place, I'll go. I'll be locked out again. "

"Are we vagrants?" Homeless?

She'll sleep on the street if they can house her child.

Around midnight, the group asked to light a fire in an empty parking space outside the hall to keep warm. Metro police said no.

"We have a combustible scenario where the community says, 'we don't want hundreds of people moving back into our hall' and the individuals who stayed in the hall say, 'we stayed behind and followed the law, and those who broke the law are now coming back and we don't know who they are'." Hegter added that metro police and public order enforcement will watch the situation. 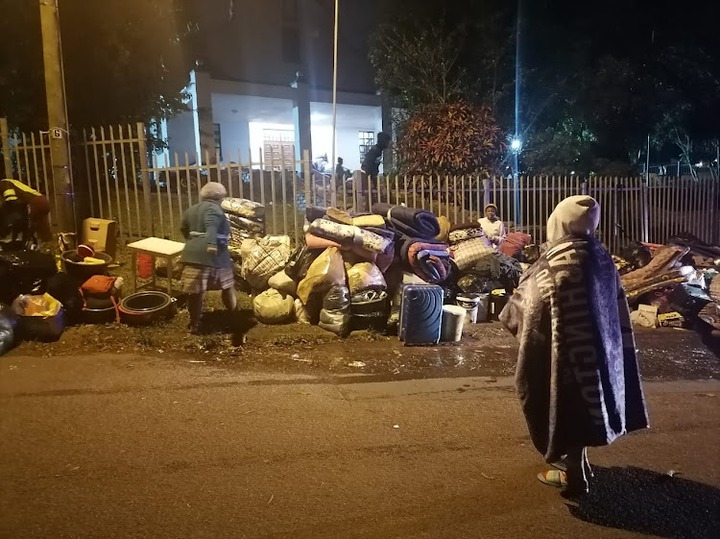 Man shot dead in his car & another wounded in Cape town. See video

‘These Taxi Drivers Must Be Arrested, See What They Did to Four People Who Didn’t Have Money to Pay

Two men gunned down in a suspected hit

Hijacked Truck Was Abandoned & The Community Members Did This To It