By Mzansicelebritynews (self media writer) | 9 months ago

REVEALED : A serial killer,former Tembisa police officer received large sum of money from the insurance policies she took after she killed her family. 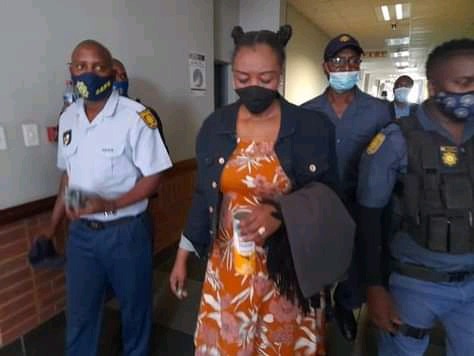 It has now been revealed how much she has received from killing her boyfriend.

The alleged mastermind behind the killings of her live-in lover and five family members, allegedly falsified the insurance documents.

She killed her own boyfriend that she was living with and went to claim from an insurance that she covered him on. 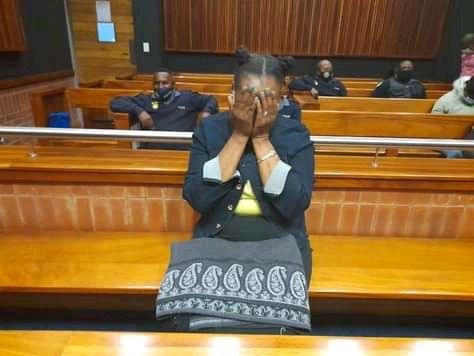 Earlier on this week, we reported that Former policewoman Rosemary Nomia Ndlovu was arrested for allegedly killing her family. She has been appearing in court this week

On Friday, she confirmed that she had insured her cousin Witness Madala Homu as her spouse.

This was during her cross-examination by the State, in the Gauteng High Court sitting at the Palm Ridge Magistrate's Court, on Friday. 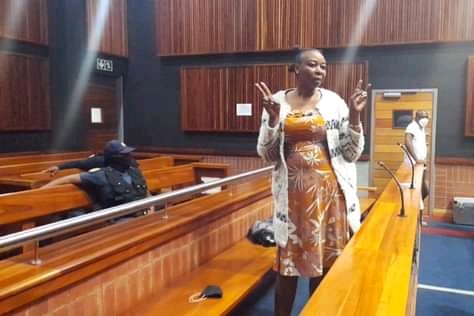 Ndlovu later changed her tune and said it was a mistake made by Old Mutual and Hollard officials when she was taking out insurance policies.

Homu's body was found on 1 April 2012 in Olifantsfontein.

Ndlovu said she benefitted to the tune of over R131 000 from Homu's death and only bought groceries for his funeral.

She later claimed that she gave Homu's mother Lucy Mushwana R15 000 after his funeral.

Prosecutor Riana Williams said with the Hollard insurance policy, Ndlovu had claimed that she was married to Homu.

But, when she identified his body at a government mortuary, Ndlovu identified herself as a cousin.

"I bought groceries for his funeral. After the funeral, I gave Homu's mother Lucy Mushwana R15 000," Ndlovu said.

"During your bail application, you said Mushwana demanded all the insurance pay outs and didn't want you to be part of the family rituals on the morning of Homu's funeral. It is for these reasons that you didn't assist them with the funeral," Williams said. 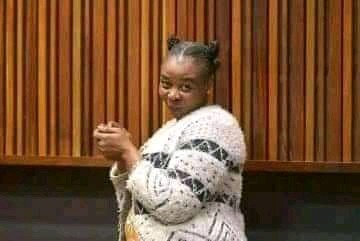 Ndlovu said: "I didn't write that in my bail affidavit. My advocate wrote it at the time. After I handed Mushwana R15 000, she then demanded all the insurance payouts I took for Homu.

"I could not give her money after receiving the R100 000 payout because Mushwana wanted more money."

Ndlovu claimed that when Homu disappeared, she was very emotional and joined his brother Godfrey Homu in searching for the deceased.

"Why were you emotional if you haven't seen his body yet?" asked Williams.

My facial expression revealed that his disappearance had disturbed me.

It is alleged that Ndlovu pocketed about R1.4 million from funeral and life cover insurance policies she took out in the name of her deceased boyfriend Maurice Mabasa, Motha, Homu and her other relatives.

The case continues on 20 September and she will remain behind bars.

When she left the court on Friday, she continued her crazy stunts and she threw food at the cops while pushing her inside the police van. On Wednesday, she was making crazy poses and showing bums to the journalists and court.