Bongekile Mthembu (35) was found dead with her two children, her brother and her sister on Saturday

By Heart_News (self media writer) | 1 month ago 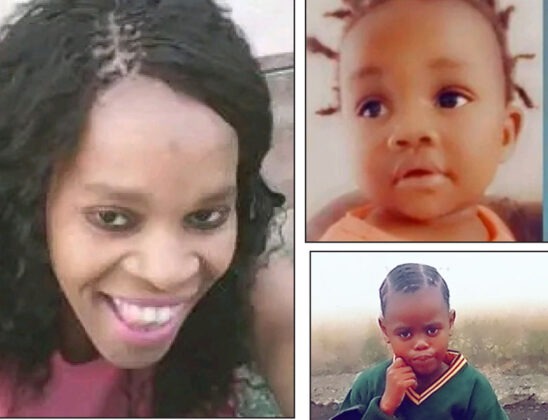 SHINGA was left stranded on the platform, in the Bhekase area, in Nhlalwane, Highflats, when a house caught fire, killing five family members.

The incident happened on Saturday, with the Mthembu family . The source iLANGA Newspaper / The SUN visited the family on Sunday, when neighbors came in to mourn the loss. Family members are still confused about the incident, as none of them could explain what had happened. Mr Thabani Mthembu, who lost his six-year-old daughter, said on Saturday night the electricity went off at 9am, while they were operating as usual .

He said some people were sitting in front of the house, roasting meat while waiting for the electricity to come back, so that they could continue with what they were doing after the power comes back . They were sitting in front of the house where the incident took place. “Within minutes, my uncle came and said, 'Can't we see that it is burning in the house where my sister and the children are sitting? "None of them shouted for help, or cried as we saw the fire come out of the windows," he said.

Three of the victims were reportedly burnt to death and others, family members, were able to rescue them. Two survived, and the revelation was revealed to them. Mr Mthembu said work started on Thursday and on Saturday they killed a cow and other goats which were to be eaten on Sunday. “The ritual had to fail because we could not continue with it after the damage.

"The ritual that was done was for the ancestors, which also took us a long time to do," said Mr Mthembu. He said the house was littered with valuables, including IDs, certificates and cash. “Right now we don't even know what to take with us because it's difficult. Even the blankets we had we had to wrap around the dead and injured.

Content created and supplied by: Heart_News (via Opera News )

If You See This On A Lady, This Is The Secret Meaning