It is something which normally happens in the republic of South Africa when someone career is on the line, mostly it is where they expose each other as a way of surviving the career end gunpoint. 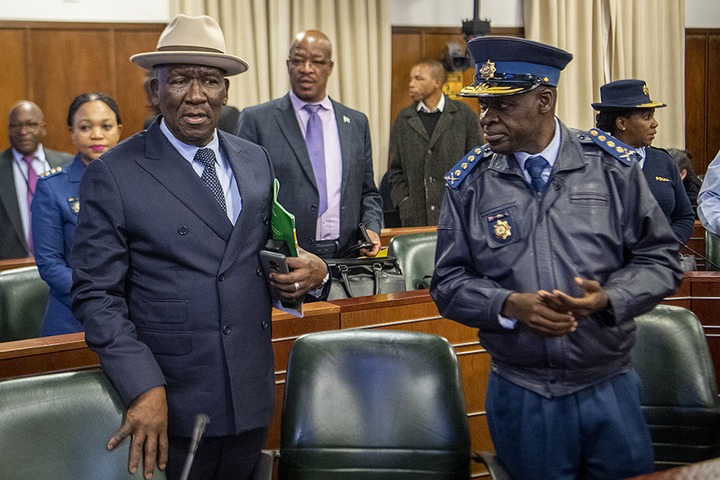 Apparently the police commissioner of the republic of South Africa Khehla Sithole got suspended from his position because he was found to have breached his duties as a police officer, in terms of the Independent Police Investigating Directorate (IPID) Act, by intentionally frustrating a string of IPID investigations into corrupt procurement deals within the Crime Intelligence environment.

Now with his career on line, National police commissioner Khehla Sitole has blamed Police Minister Bheki Cele for the police’s poor response to the July unrests in Gauteng and KwaZulu-Natal that led to the deaths of more than 300 people.

This shows clearly that Khehla Sithole is blaming the minister of police Bheki Cele on his suspension.

Sithole told Ramaphosa that Cele had failed to approve the police budget on time, leading to a poor response by the officers during unrest that cost the economy R50-billion.