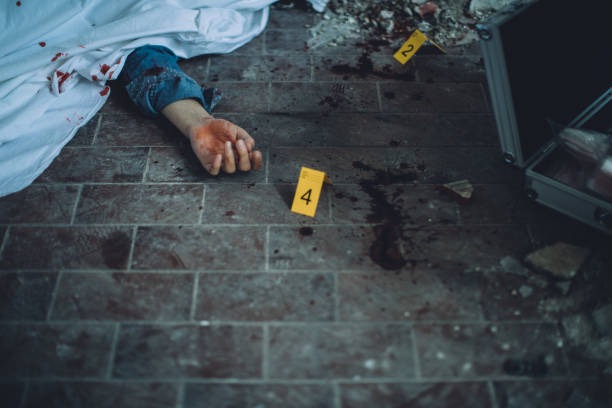 During a heated argument, an Eastern Cape man assaulted his girlfriend with a steel pipe and then left her for dead in Gqeberha while he went to work.

Captain Gerda Swart, a police spokesperson, said the 30-year-old man turned himself in after returning home from work on Friday and discovering that his girlfriend, whom he had left lying on the floor the night before, was still in the same position and not moving.

Swart stated that the couple is said to have gotten into an argument on Thursday around 23:30 at their home in Jam Ally, Greenfield, Kwazakele. The woman was allegedly assaulted with a pipe by her boyfriend.

He then wrapped her in a blanket and tossed her to the floor.

"He went to work the next morning, and when he returned, he discovered she hadn't moved. He then went to the Kwazakele police station and surrendered to the officers, where he was arrested for the murder."

Brigadier Tandiswa Kupiso, the acting district commissioner for Nelson Mandela Bay, condemned the incident, which took place during the 16 Days of Activism for No Violence Against Women and Children campaign, and said that communities must ensure that women's and children's rights are protected.

On Monday, the man is scheduled to appear in the New Brighton Magistrate's Court.

Muvhango|James future is threatened by her sister evidence