The Most Shoplifted Item In The World Is Cheese 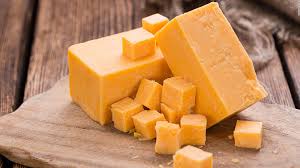 Cheese is the world's most stolen food, with four percent of the world's cheese being stolen. If that number is true, that would mean 508 million pounds (approximately 230 million kilogrammes) of cheese is stolen.

One might wonder why?! Most cheese is stolen in big quantities for the purpose of reselling it to businesses and restaurants. In 2017 Italian police, in an operation called ' Operation Wine and Cheese', succeeded in catching 10 masterminds who stole 168 wheels of Parmesan ( worth $110000).

A few famous cheese heists include the following:

Two men stole $50000 worth of cheese from Leprino Foods between 2017 and 2019. One of the men was employed at the cheese plant which is the world's largest mozzarella manufacturer. The cheese was identified by the serial numbers block on it by police and these men were captured in 2019.

In another case two women stole cheese from an Oregon Whole Foods store in 2011 by walking out with a box of cheese worth over $500.

In 2018 French thieves stole 700 blocks of Saint- Nectaire cheese while a Canadian man posing as a delivery man was successful in stealing $ 137000 worth of cheese Saputo Diary Products.

Things every girl wants from a Man

Trust your spirit guides more than humans present to you

Braid and rock among all; see this natural afro kinky braids and crochet hairstyles for nice ladies

Checkout These 10 Weird Buildings That Will Amaze You