Lawyer with no Qualifications arrested.

By N_KabeloNgone (self media writer) | 1 year ago 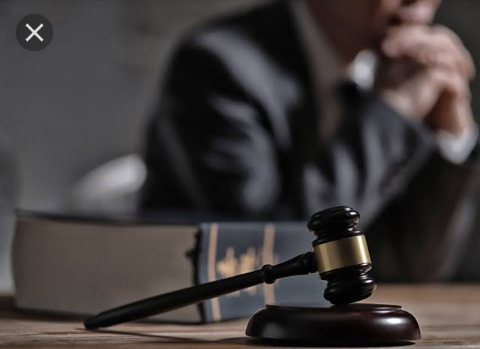 The Bloemfontein Regional Court has sentenced a 50-year-old man — who posed as an advocate and swindled scores of people on the pretext of representing them — to an effective 10 years in prison.

Ntate Manoel Mabesa was convicted by magistrate Marina Voges on five counts of fraud, uttering and contravention of Section 9 of the Justice of the Peace of Commissioner of Oath Act.

His uncouth practice is believed to have run between March 8, 2012 and June 27, 2014 when he was eventually caught while “representing” a client in court.

The five counts of fraud and uttering were taken together for the purpose of sentencing and Mabesa was sentenced to 10 years direct imprisonment.

He was further sentenced to two years direct imprisonment for contravention of Section 9 of the Justice of the Peace of Commissioner of Oath Act.

National Prosecuting Authority (NPA) regional spokesperson Phaladi Shuping said Mabesa made an application to the Free State High Court to be admitted as an advocate on March 8, 2012.

“The application was supported by an affidavit of the accused together with the copy of a certificate for LLB degree purported to have been issued by the University of the Free State (UFS),” said Shuping.

The accused, said the NPA spokesperson, falsely stated to the registrar of the High Court, that he obtained an LLB degree on March 30, 2007.

Mabesa took money from people who needed legal representation and told them that he would represent them in court.

“He represented clients in bail applications and was busy with two trials when it was picked up that he was not legally qualified,” Shuping explained.

An alert Swanepoel realised that Mabesa was doing his work in an unusual way and he was not addressing the court in a proper way.

A formal charge was laid against Mabesa and the investigation revealed that he is not legally qualified.

A UFS representative also confirmed that Mabesa was never enrolled for a degree at the institution.

Addressing the court, state prosecutor Advocate Ellen Simpon urged it to impose a direct imprisonment on Mabesa because he did not only defraud people who were in need of legal representation, but he also defrauded the High Court and the UFS.

“The accused took money from people who needed legal assistance pretending that he is qualified to represent them when that was not the case,” said Simpon.

“He would have continued with his actions if he was not found out.

“His actions eroded the integrity of the justice system because he was not an advocate of the High Court.”

Mabesa will serve an effective term of 10 years imprisonment after the magistrate ordered the sentences to run concurrently.

Content created and supplied by: N_KabeloNgone (via Opera News )

SASSA: Care Givers Urged To Apply For The Top-up Grant For Orphaned Children