By CandyNews (self media writer) | 1 year ago 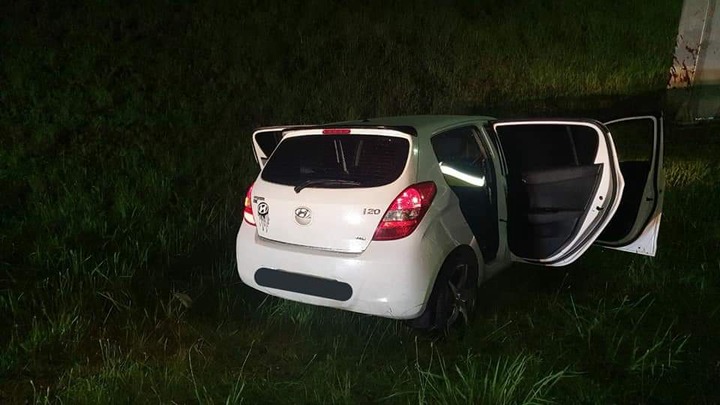 Xolani Fihla the spokesperson of the Johannesburg Municipal Police Department issued out a media statement on the 17th of February 2021.

It was reporting the arrest of three armed robbers who got nailed in Johannesburg. Their arrest came after they had carried out a robbery at a house and upon their arrest they were found in possession of unlicensed firearms.

These events unfolded on Monday the 15th February 2021 Johannesburg Metropolitan Police Department Undercover (IIOC) officers received an anonymous tipoff regarding a syndicate that was terrorising members of the public around the Braamfontein precinct near Mandela Bridge. 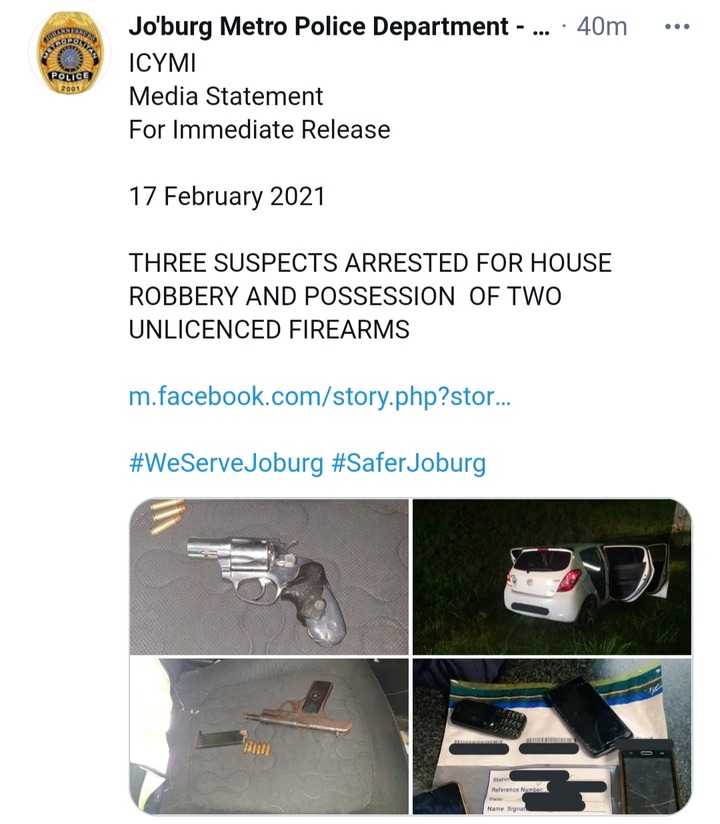 Whilst on patrol around the area officers spotted a white Hyundai that matched the description of the suspected vehicle towards Smit Street.

Officers attempted to stop the above mentioned vehicle but the driver failed to stop. A chase ensued, the driver drove onto the M1 south onramp.

As the officers were chasing the vehicle, the driver lost control on the M1 South next to Xavier onramp.

Officers tactically approached the vehicle and found three male occupants. They searched the suspects and vehicle. 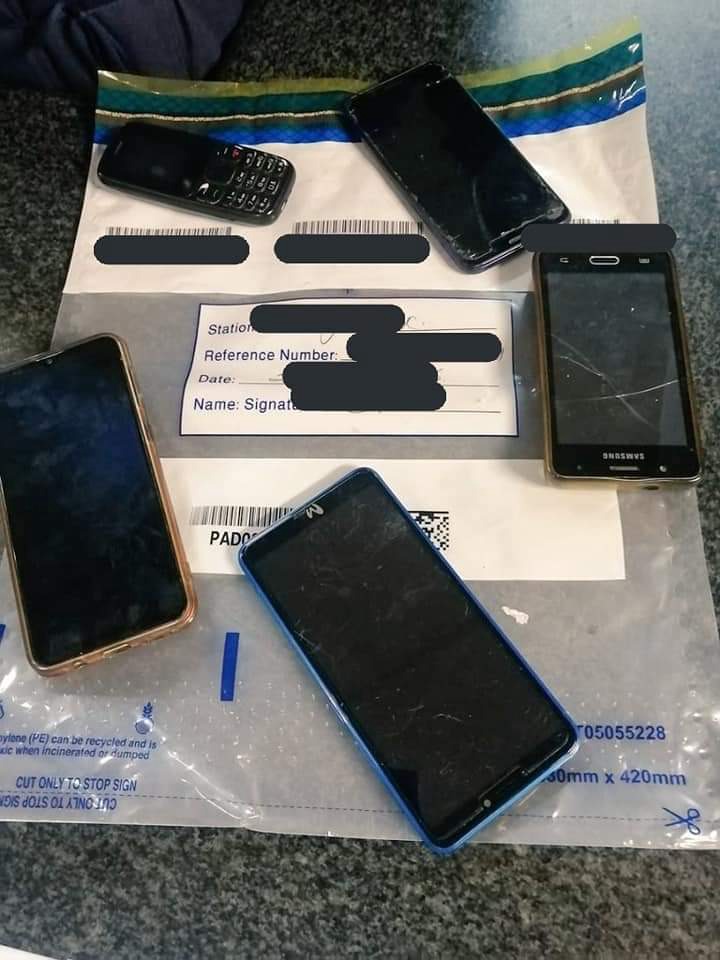 Two unlicensed firearms, ammunition and five cellphones were found inside the vehicle. 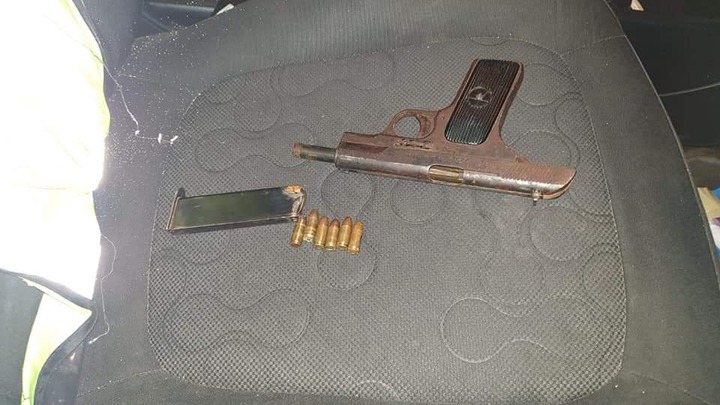 All three suspects were questioned and officers discovered that the vehicle was forcefully taken from the owner during a house robbery. The owner of the vehicle was dropped off around the Johannesburg CBD.

Three suspects were arrested and a case of house robbery, kidnapping, possession of suspected stolen goods, two unlicensed firearm and ammunition was opened at the Booysens SAPS. Suspects will likely appear in the Johannesburg Magistrate court soon. 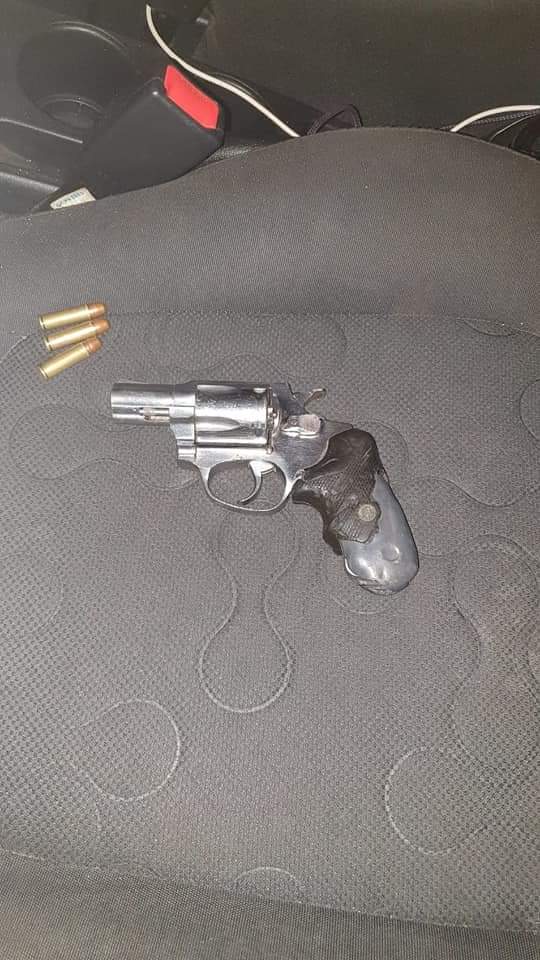 At the announcement of the latest arrests, heaps of praises were showered to the members who carried out the arrests as residents are now getting fed up with being terrorised by robbers.

Next Week On Skeem Saam(15 August). Clement And Oritando takes their relationship to another level.

Gomora-2022's saddest episode of any soapie. Mzansi left in tears

Look, Foreigners Have done it again. This time they had something more dangerous than guns