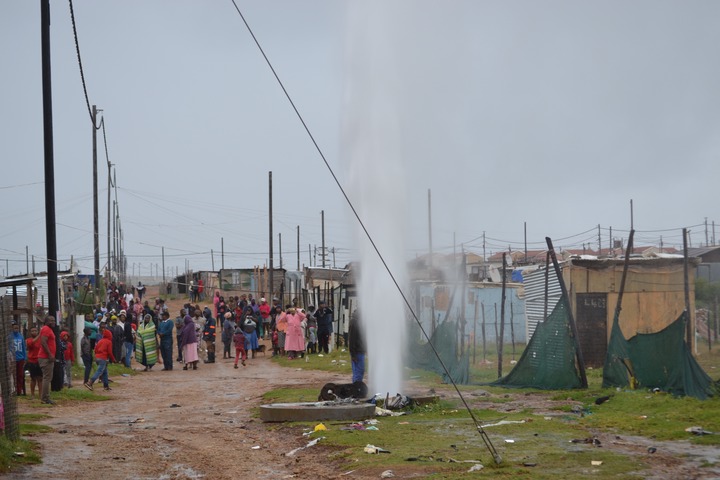 A toddler wades through the water after Winnie Madikizela squatter camp in Philippi was inundated last week.

RESIDENTS of Winnie Madikizela squatter camp in Philippi, Cape Town, had to sleep in flooded shacks when a water pipe broke on Friday.

They stated water flooded into their shacks, ruining their valuables.

“We were sleeping at approximately 3am when we heard the sound of pouring water.

Nosandiso told Daily Sun that she and her three kids were forced to sleep in a hut full of water. 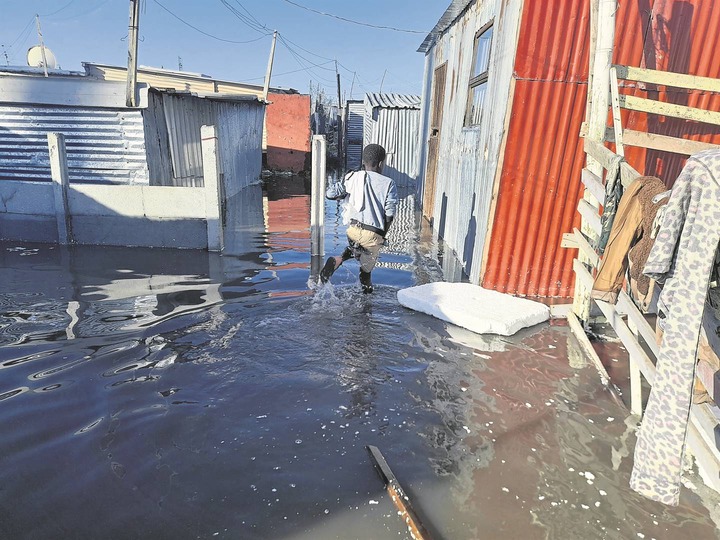 Another homeowner, Neziswa Vumsindo (29), claimed her two-door fridge she purchased for R11 000 less than a year ago was within a dam of water in her shanty.

“I don’t know whether it is still functioning. I’m heartbroken. I saved for a long time to purchase the fridge.”

Ward 35 councillor Mboniswa Chitha said when the pipe broke they phoned the City of Cape Town, which stopped off the water. “People had to remain without water for some time until the pipe was fixed.”

She claimed trucks arrived to remove the water, but struggled to get to the shacks due of tight roadways.

“However, the matter is being rectified and we’ll provide people the help they need at this point.”

PHOTOS || Inside DJ Tira’s R24 Million King Sized Durban mansion, His Cars are to die for