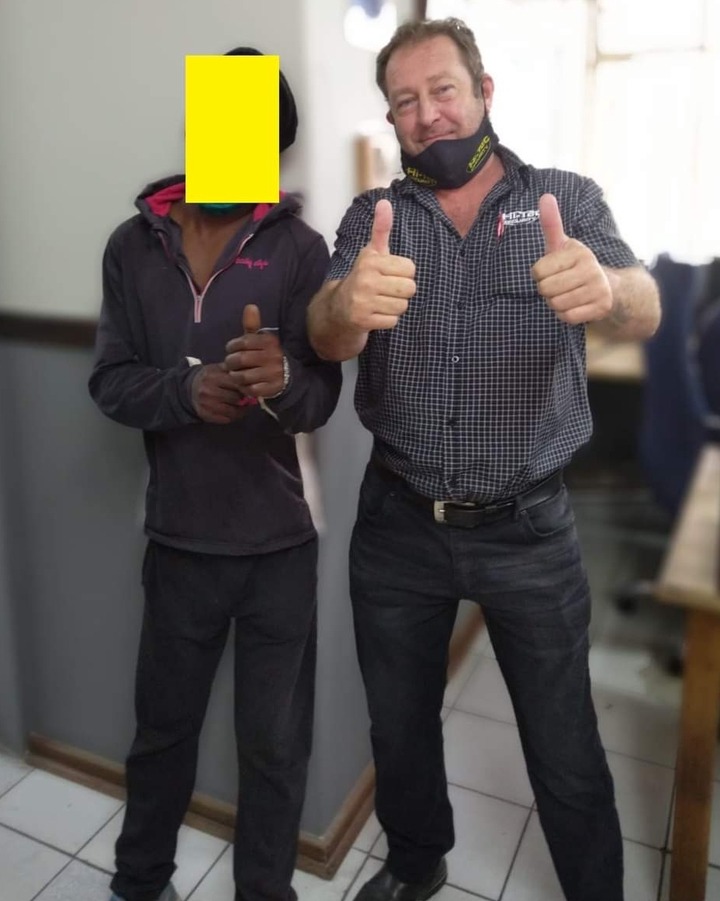 Yesterday, a local business owner and client approached us to report that their vehicle's hubcaps had been stolen while parked outside of their business premises in the Kenton-on-Sea CBD (central business district). Our camera operator was asked to check the Hi-Tec Coastal CBD CCTV footage to see if the theft had perhaps been captured on camera.

And sure enough, not only was the thief not shy about appearing on camera, but he was immediately recognised by us as a repeat-offender! In fact, the suspect seemed oblivious to the camera even being there, as the footage clearly showed him approaching the vehicle at 19:15 and stealing its hubcaps. A little known fact is that Hi-Tec keeps meticulous records of all suspects who cross our paths, so we knew the offender's location and paid him a little visit for questioning.

Being unaware of the CCTV footage, the suspect played dumb at first, claiming that he had found the hubcabs in an alleyway.

When grilled a bit more, he revealed that he hadn't sold the loot yet and gallantly offered to give the hubcaps back. The suspect then fully cooperated by leading our response officer to where he had them stashed in his bathroom.

A case of theft had already been opened by the victim, so the suspect along with the hubcaps found in his possession were taken to the police station. He was arrested and the recovered stolen goods will be returned to their rightful owner.

Hi-Tec Smile For The Camera

Mzansi, Check Out The House In Which Teenage Girls Are Sold To Nigerians Has Been Identified.

Community Dealt Harshly with this Alleged Zimbabwean Thug whose Friends ran Away.