A few weeks ago, there was a woman from Venḓa who's video went viral after she was filmed dragging her daughter home from a local drinking spot after she had left without her mother's consent, when she notice that her daughter was not at home, she had to go out and find her wheb she did, she dragged her home and people were saying different things about her on social media, she was a dry a responsible parent, surely after what happened in East London over the weekend, she looks at herself and say that what she did was probably the best for her daughter's safety. 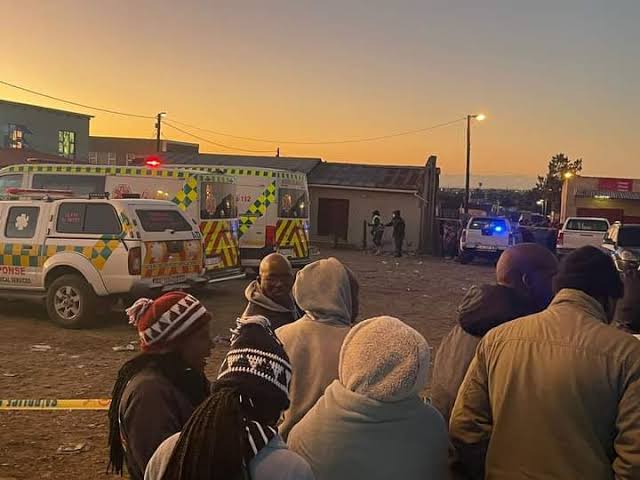 The people of East London woke up to the disheartening news of 22 people who reportedly died at a local tarven called Enyobeni where it was suspected that a stempede ensued after tear gas was sprayed, and as if that was not heartbreaking enough, it has now been established that among the 22 who have died, there are kids who were not even suppose to be in that building if the owner stuck to the regulations.

Reports emerging suggests that among those were reported dead, 17 of them were underage kids who were not suppose to have been allowed access into that tarven to begin with.

"Families asked to identify Eastern Cape tavern victims at Woodbrook mortuary. The Department of Community Safety in the Eastern Cape have confirmed that the 17 people killed in a tavern were all underage," reports suggest.

Videos has emerged on social media in Sunday afternoon where the angry community member were seen in confrontation with the members of the South African Police Services, the angry parents were demanding answers probably from the owner and the cops were trying to restore calm in the area to avoid further fatalities, it remains to be seen if the owner will be charged

It is reported that the cause of the stempede was the spraying of pepper spray to disperse those who were inside the building since the refused to leave during closing time.