Six people are killed in a shootout between police and armed robbers this evening, a tragedy.

Police in Isiolo are now searching for a group of alleged bandits who are suspected of attacking villagers in one of the villages nearby.

According to information from a reliable source, the suspects apparently invaded one of the villages and then opened fire in an effort to loot the inhabitants.

The scenario reportedly turned violent as a result of many police officers responding by opening fire and firing at the retaliating suspects who were present at the crime scene.

Police investigators for this incident have reported that they are currently searching for the culprits who are said to have managed to flee the scene of the shooting in response to this issue.

Tragically, it has been revealed that the defendants are charged with the murder of six people, including two police officers. Additionally, it has come to light that a number of additional individuals were transported by ambulance to the hospital, where they are currently receiving medical attention.

The government, as represented by Interior Cabinet Secretary Dr. Fred Matiangi, has stated that it is ready to defend all Kenyans from any violence that may develop during the next General Elections. This is all happening at the same moment.

Kenyans have expressed their deepest condolences to the families and friends of the victims of the sad gunshot by utilizing their different social media accounts to reply to this incident and give their opinions and suggestions.

According to the information they submitted, the majority of Kenyans thought it was disappointing that the government has not yet taken any action even though people are dying. 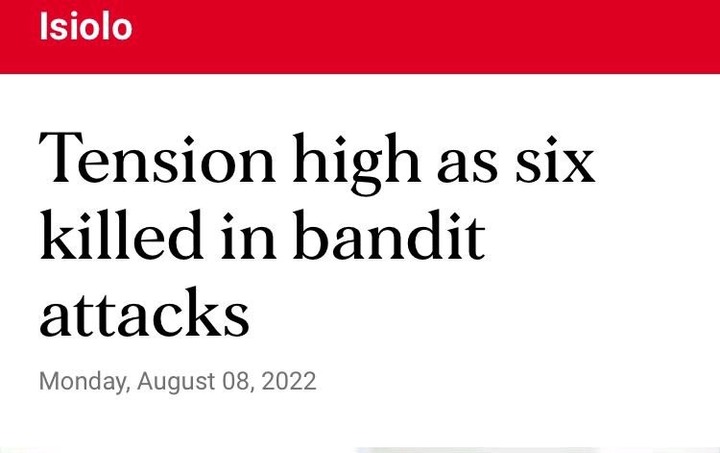