Fidelity guard gets a bullet shower in cash in transit robbery 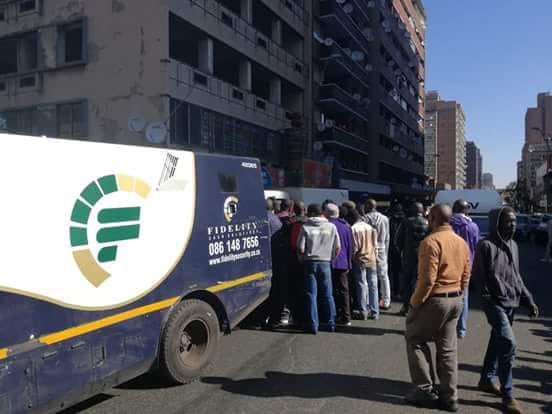 Robbers in South Africa are known for doing all they can to get whatever they want on any given day.

This was seen in an incident which happened in Mpumalanga where the perpetrators had to be at their highest level of aggressiveness as they were in a bid to eliminate all obstacles.

In an incident that happened on the 17th of March 2021 at Zwelisha near Pienaar, one guard who was employed by Fidelity was gunned down.

The case is being investigated by the members of the South African Police Services and a manhunt has been launched as the hunt for the suspects is underway.

According to reports, the guard was among a crew which was carrying out their routine duties. They were in the money truck that was making deliveries of cash from Clover and two unknown suspects approached them.

The Fidelity truck was cornered by the suspects vehicle and the two heavily armed men drew towards the truck.

One of the guard made a swift reaction and managed to shoot one of the suspects.

This infuriated the other suspect who then retaliated and attacked the other guard who was sitting on the passengers side of the van.

A storm of bullets was fired to the guard and the suspect fled from the scene.

Calls were made to role players who responded swiftly and paramedics carried out assessments of the patients who had been shot.

Both the suspect and the guard had sustained fatal wounds and were declared dead on the scene.

Members of the police department have began an investigation into the incident and they are now searching for the suspect who fled from the scene. 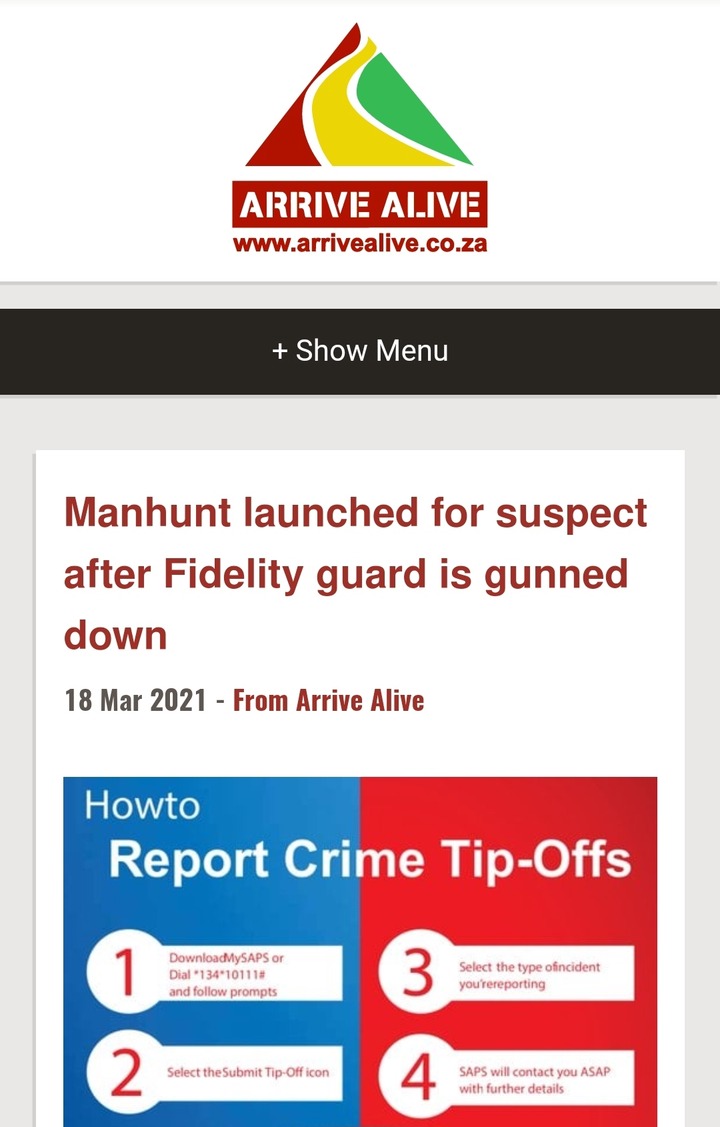 A report was issued out by Arrive Alive narrating the incident. This however made many to conclude that being part of a cash in transit crew is a high risk yet low paying job.

Robbers will do anything just to make sure they get access to the money and that may include gunning down the guards.

A message was shared by the police as they appealed fir assistance from members of the public who may have information which can lead to the successful arrest of the suspect.

Those who may have the information are being urged to contact 082 469 1956 and speak to Detective Captain Vusimuzi Thobela or they can call 08600 10111 which is the Crime Stop number. 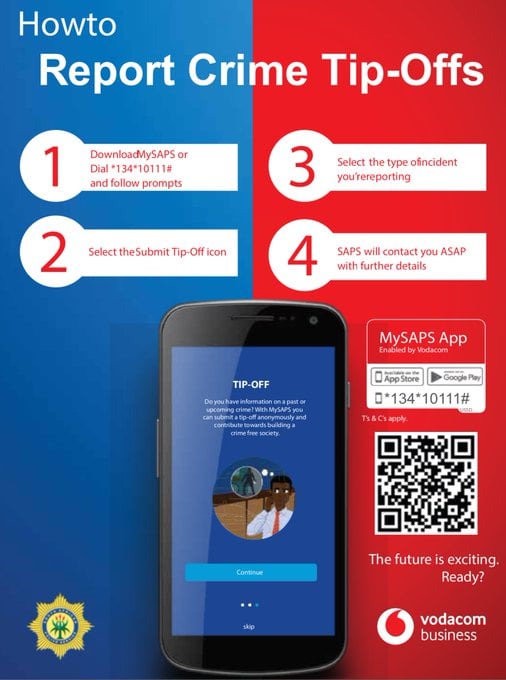 Another method which can be used by the public to inform the police is through using the My Saps App. The police added that all the information they will receive will be treated with the highest level of confidentiality and members of the public have the right to remain anonymous.