Teacher Who Killed Her Husband Names Two Things That She Has Lost As She Settles Down In Prison.

By 1NewsAfrica (self media writer) | 9 months ago

Teacher's Who Killed Her Husband Names Two Things That She Has Lost As She Settles Down In Prison. From Langata prison, the Principal, who was convicted of murdering her husband, talked to the media.

Mrs Jane Muthoni, speaking to the Sunday Standard about her experiences, insists that she did not murder her husband, whom she claims she truly loved.

"He was exactly the type of man I had hoped for, charming and warm. We lived in Harmony, and Solomon was a lovely man. He was open-minded and truthful "she stated

She describes how, after a long and futile search, the police informed her of her husband's death one night.

She was arrested and informed by the police that she was a person of interest in the murder of the late Principal, which would subsequently impact her life forever.

After a trial, she was found guilty of murder and sentenced to 30 years in prison. She is already months into her sentence and appears to have adjusted to life in prison.

According to the newspaper, she can now afford to laugh heartily in the place she will call home for the next 30 years.

Her inlaws are still trying to figure out what drove her to commit such a heinous deed, despite the fact that the pair had never had any marital problems before to the awful incident.

Rachel, on the other hand, supports her, claiming that she was wrongfully condemned and framed in the whole ordeal.

Although she blames her in-laws of taking advantage of the circumstance to empty the joint accounts they shared with her husband to the detriment of the children, the former madame Principals now takes pleasure exclusively in her children.

Jane regretfully mentions the two things she's lost since things began to go against her.

She said that she had lost her family, as well as other things for which she had worked for many years. 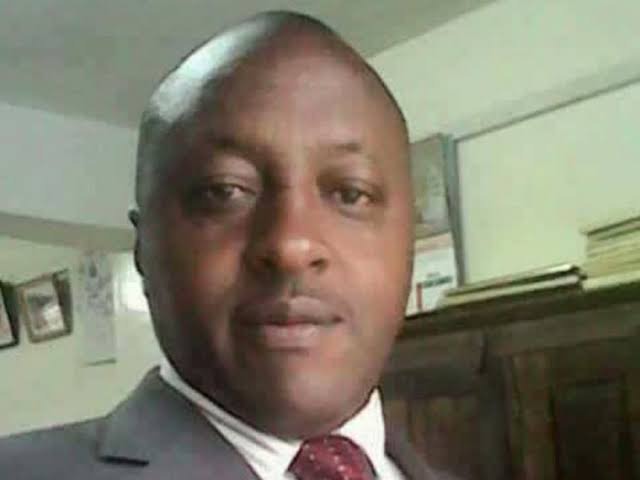 "I lost everything I worked for, including my family and my job," she says.

Indeed, things that you have worked hard for over a decade to obtain can go in the blink of an eye.

How quickly life can change; a man who pursued her for years in the hopes of persuading her to marry him is no longer there; children are on their own, attempting to navigate the world without their father but with an absent mother.

What are your thoughts on the matter? Please feel free to add your views and opinions to our discussion forum.

Makhi at WAR OVER WALL.

Her name was Kgaugelo Maake, she was allegedly murdered by General Manizo