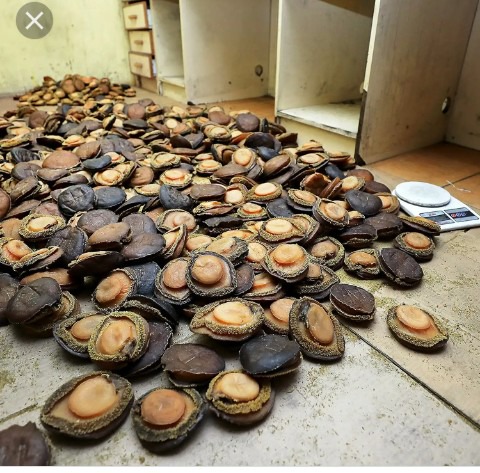 Police have confiscated abalone with more than R1 million at the Lebombo border post.

The man was entering South Africa reportedly en route to Johannesburg, at the time of the arrest.

" it is reported that at about 10:50 the suspect was driving a minibus with a trailer into South Africa from Mozambique on his way to Johannesburg. Upon inspection of the lord Customs officials noticed that he did not declare all the goods loaded in the vehicle, prompting a search by the officials," said Ramovha.

" The Nelspruit Hawks' Serious Organised Crime Investigation team was summoned to the scene and swiftly charged the suspect for contravention of the Living Resources Marine, Act. The team also seized the vehicle and the trailer as they were deemed to have been used in the commission of crime," said Ramovha.

The man is expected to appear in the Komatipoort Magistrate's Court on Friday.

Earlier , police in the Western Cape confiscated abalone worth more than R20 million in an operation on Tuesday. Nine people were arrested and three Cape Town properties were raided.