A lady from Penn Hills, Pennsylvania, who is 47 years old, is in hot water after her twins vanished ten years ago and no one appeared to notice. 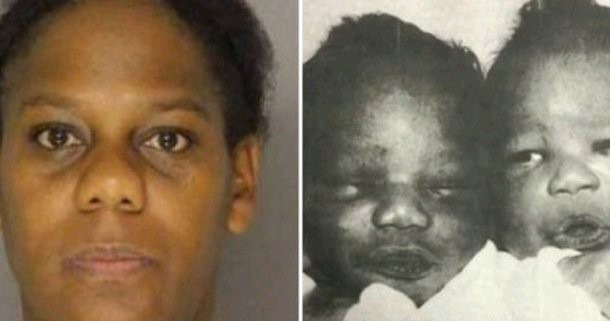 However, when authorities became involved and questioned the mother about the location of the kids, she made a startling admission that only sparked additional inquiries, a futile search, and a terrible mystery that has to be solved after 10 years.

Child services contacted the police on June 20 and requested that Patricia Fowler's kids be taken from her house.

At the time, four kids were removed from the house. On July 6, however, child services had a worrisome realization and recontacted the police.

There were supposed to be six kids living there, but Fowler's fraternal twins, Ivon and Inisha Fowler, weren't there.

When asked about the twins, their father said that Fowler had informed him that they were staying with an aunt in South Carolina. Fowler reportedly disclosed to authorities that a South Carolina woman was in charge of the kids. However, when authorities spoke with the woman, she said she had no idea Fowler had twins.

When investigators questioned Fowler further, she startlingly admitted that she had sold the twins for $2,000 apiece ten years prior. She stated during the police questioning that she met Mike, a man, in a bar, who introduced her to Barbara, a woman. Fowler claimed that the woman paid the kids many visits before buying them for a total of $4,000.

She had to be told that selling one's children was against the law during the police questioning, at which point she withdrew her claim. She's all over the place, and that's the problem, the police chief stated. We just are unsure of what to believe or not believe.

The children do, in fact, exist, but where they are, according to Penn Hills Police Chief Howard Burton, is still a mystery. According to Burton, who spoke to WTAE News, "they do exist because at one time, when they were 3 or 4 years old, I believe, CYF (child services) did take those two children from Fowler." Sadly, a few days later, the kids were sent back to Fowler.

" Are You Pregnant " A Lady Shares What She Was Craving, Causing A Stir On Social Media