No joy for CIT lord, this is how he was taken down after a robbery

There are times when one thinks that they have done a masterclass move and yet they will be nailing themselves. This is exactly what happened to one cash in transit lord in the Eastern Cape Province.

At a time when cash in transit heists are being reported daily, it has been noted that criminals are being enticed by the possibility of becoming a millionaire overnight. They know that if they play their cards right, they will spend the rest of their lives monied up. 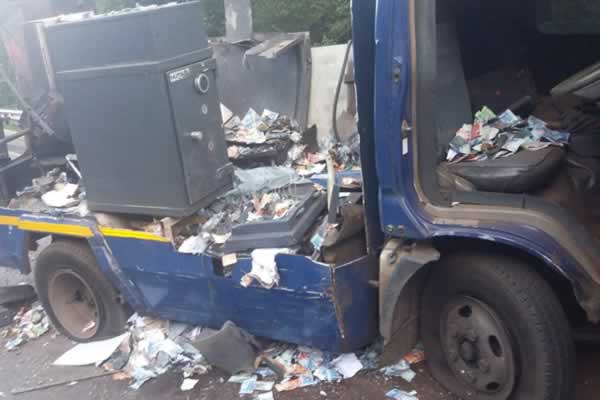 However there are moves which these robbers may pull which may prove costly.

On the 18th of January 2022, one of the most notorious criminals made an appearance at the East London Magistrate Court. This was after he had part took in a cash heist which was reported to have happened over the weekend at a shopping complex located just outside East London. He is one criminal who made a costly mistake after a robbery.

In a media statement which was published by the members of the South African Police Services, it was stated that the suspect is a 28 year old man named Nyameko Hlala.

Reports state that two armed suspects descended on a G4S team on Saturday while they were doing their routine cash collection duties at one of the leading wholesalers. They accosted the crewmen and made off with a cash box which was fully loaded with money.

To get away from the scene, they made use of a white double cab bakkie which had no registration plates which had been parked within the vicinity of the shopping center. Calls were made to the police and security teams soon after the robbery had happened.

Law enforcement agents when they got to the scene learnt that they had fled in the direction of Reeston in their investigation after they had been summoned to the scene. A team officers from the Hawks Serious Organised Crime Investigation began carrying out an intensive probe regarding this incident.

As they followed up on information regarding the suspects, the getaway vehicle was found abandoned at a certain residence in Reeston. The robbers had crashed into the residence and abandoned it. Preliminary investigation revealed that the vehicle was owned by an Ezibeleni resident.

A breakthrough was made by the members as at midnight on that day, Hlala walked into Ezibeleni police station and made up a story in which he claimed to have been hijacked earlier that day in East London. In his report, Hlala claimed the carjackers held him hostage and left him tied and locked up in a deserted shack. This however proved to be a costly mistake as he was not dealing with novices in investigating cases of crime.

Members from the Queenstown Hawks were called in to interview Hlala. After a thorough interrogation, it turned out that he was indeed the perpetrator as he later on made a confession. The police are carrying out a tracing of the outstanding suspects carried out this robbery with him. 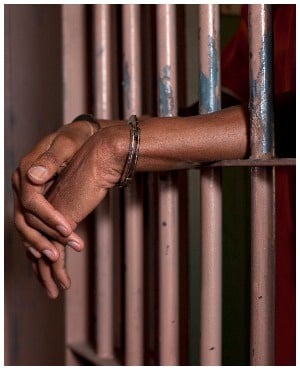 Further investigations regarding Hlala's case are being carried out and he is set to make an appearance in court on the 25th of January 2022. He is being profiled for his role in other cash in transit robberies. For now he is being remanded in police custody. 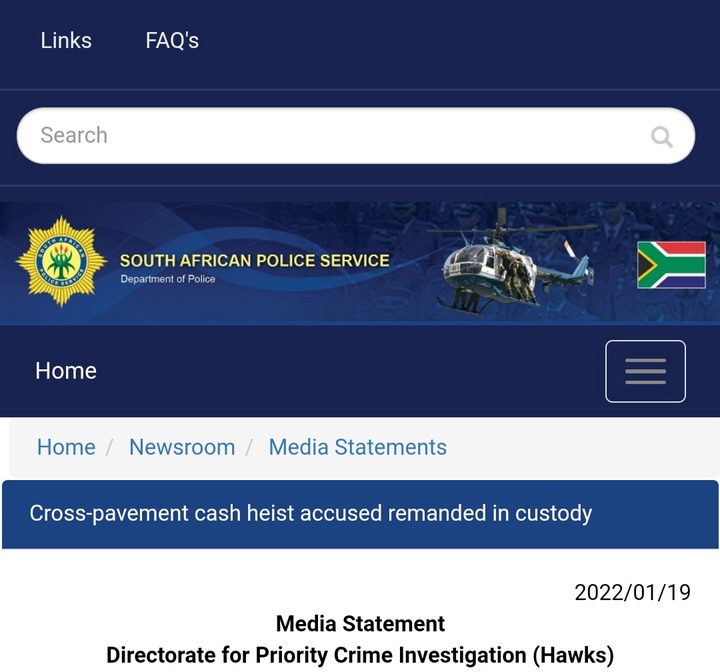