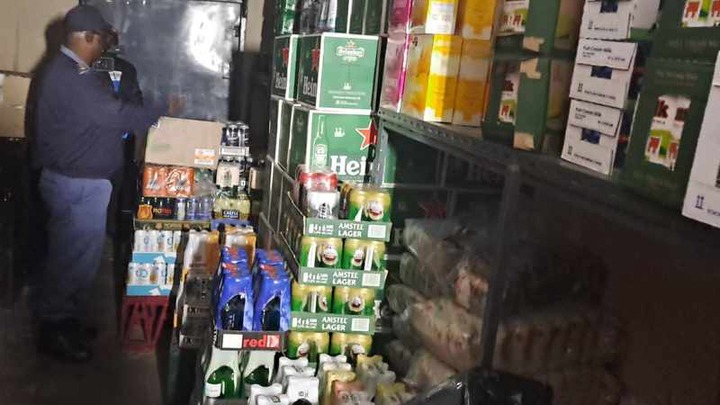 In Randburg, cops from the Joburg District were joined by the South African Revenue Service's Customs division, Fidelity Reaction and brand holders when they struck shops that are exchanging fake products.

Police have seized fake products worth nearly R3m and held onto liquor assessed at R2m in Gauteng during an Operation O Kae Molao barrage. Picture: SAPS

In Vosloorus, under the Ekurhuleni District, Gauteng commonplace chief of police Lieutenant-General Elias Mawela drove a coordinated O Kae Molao activity where eight unlawful alcohol outlets were shut down and the liquor assessed at R2m was seized.

Police have seized fake products worth nearly R3m and held onto liquor assessed at R2m in Gauteng during an Operation O Kae Molao rush. Picture: SAPS

"Individuals from the South African Police Service inside the West Rand District, along with other policing directed Operation O Kae Molao in Magaliesburg, Hekpoort and Tarlton where a sum of 110 suspects were captured for violations going from murder, attack with expectation to inflict damage, equipped burglary, ownership of unlicensed gun and harm to fundamental framework."

Masondo said activities were additionally viable in Tshwane and Sedibeng Districts where in excess of 320 suspects were captured for different wrongdoings.