South Africa was in shock last week after a body was discovered stashed in a bin.

The teens body was found in a bin in Nyanga in an incident that shocked the country.

But now the mother of missing Aviwe Mkhosi believes the body could be that of her daughter.

The 33-year-old mother of five said Aviwe had become difficult to parent and live with after becoming addicted to drugs to cope with a rape ordeal she experienced on New Year’s Day.

Her daughter said she had been raped at the Qandu-Qandu informal settlement along Spine Road in Khayelitsha.

Mkhosi said: “I tried to get her to report the case, but she refused. I had to beg her because I could see she wasn’t handling it well. I thought after reporting the case we would get support and counselling for her, and I pushed her even though she didn’t want to talk about it. She would shout and chase me away from her. I think around that time she turned to drugs to cope.” 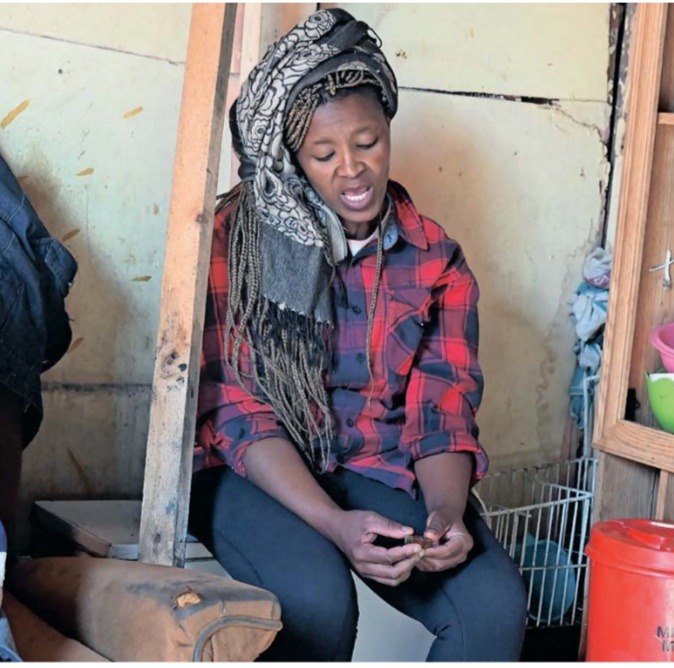 Mkhosi said after Aviwe started doing drugs she became unrecognisable and started associating with her cousins, not much older than her, whose life centred on drugs, parties and older boyfriends.

“Things got so bad that at one time she left home to live with her father in Makhaza (Khayelitsha), and then her boyfriend. Even then, I went there and asked his mother how she could allow that. I was so mad I told her that if anything happened to Aviwe she would be responsible.

“I never thought that one day I’d be told days after my daughter died that she was found in a bin. We used to read stories like this together. I never thought one day it would be us,” she said.

Having learnt of her daughter’s death at the weekend, Mkhosi said she would officially identify her body on Monday morning, before the family could discuss funeral arrangements.

Meanwhile, police said they were yet to make arrests and formally identify the body. 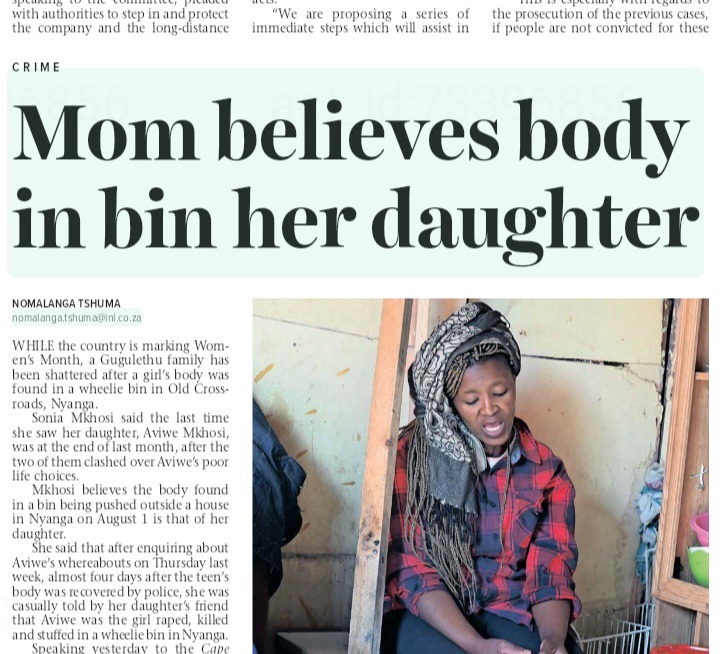