Nokuzola Audrey Gaika, a third-generation business seller of "smiley" (cooked sheep's head) in Gugulethu, has not only built a flourishing business during the epidemic, but has also created employment for community members who have lost their occupations. 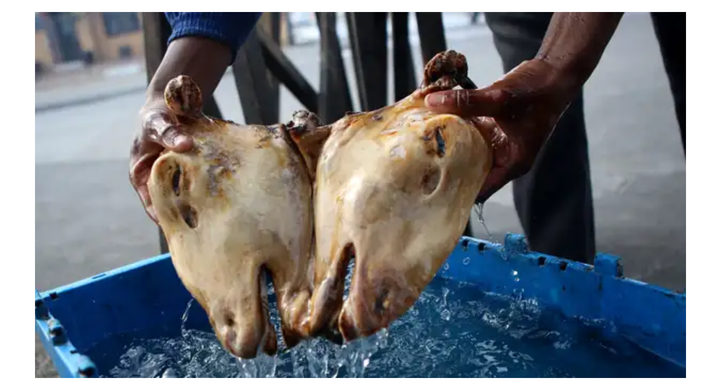 Smiley is easily recognized as a staple and one of the most popular dinners in township culture, and it is celebrated all throughout South Africa as a unifying dish in ethnic and local events. Mama uGaika's hot place sits on the corner of NY6 and NY147.

Gaika's inspiring story begins with her launching her company following a near-fatal event that rendered her unable to work. From creating 10 sheep heads in her backyard with one employer, the business has evolved to selling 150 smileys every day and employing 15 guys. 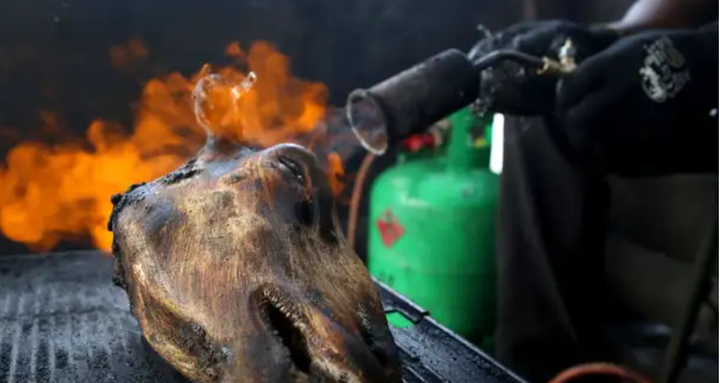 Gaika stated that her company had a variety of difficulties, but that despite these setbacks, her company continued to develop. Her granny, she claimed, taught her about smileys. Gaika was one of ten siblings, and she remembers cooking and selling smileys door-to-door as a child.

"I've been able to build a thriving business that appreciates this traditional delicacy thanks to my grandmother's teachings and my own experience in hospitality."

Gaika stated that the community was grateful for her efforts in providing jobs for residents and their children. Despite her enormous popularity, she struggles without a government subsidy as a local street seller who employs locals in her town. "As street sellers, we rely on the government to subsidize permit-holding small enterprises." We have generated jobs in communities after many jobs were lost, and we keep money in our communities by supporting local businesses, therefore we need their help to keep creating jobs.

Gaika's advice to new local firms is to be persistent. Businesses go through ups and downs, and enduring bad patches demands patience, she noted. She stated that she began in 2017, but it took three years for her to see growth and profit.

Small enterprises, according to Gugulethu councillor Luvuyo Zondani, are the backbone of communities like Gugulethu, as they continue to sustain the economy and its people. He went on to say that smileys, in particular, were popular and encouraged the concept of ubuntu because they were a meal that was frequently shared among people.

"We follow business trends that we grew up with, and we all grew up eating it in Gugulethu." The sale of meat and sheep heads is a source of cultural pride for the Xhosa people; it speaks a lot about who we are as a people." 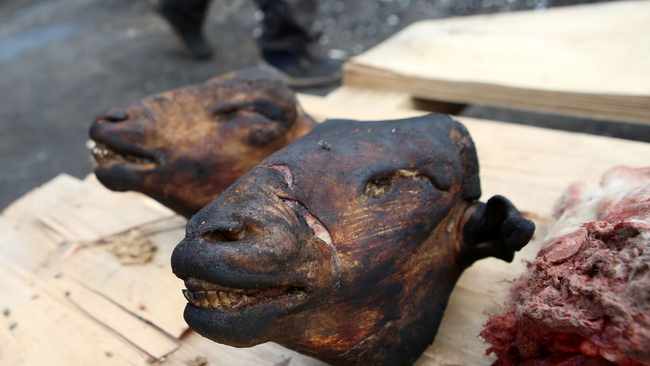 In reaction to the City of Cape Town's policies on investment, Zondani stated that there is a dearth of investment in local enterprises in townships where it is most needed. He stated that he was hard at work, proposing inclusion and infrastructural prospects for places like as Gugulethu.

Sivuyile Nomungeka, one of the employees, said he started working at the company after matriculating because he couldn't find job elsewhere.

“In the lack of official job, we've learned how to prepare and cook sheep heads, but most crucially, how to hustle and create our own business opportunities.”

As small street-vendor enterprises, Nomungeka said their greatest need from the government was personal protective equipment, as they are mandated to wear masks, sanitize their work spaces, and give sanitization to consumers. He went on to say that this is something that tiny firms can't afford.