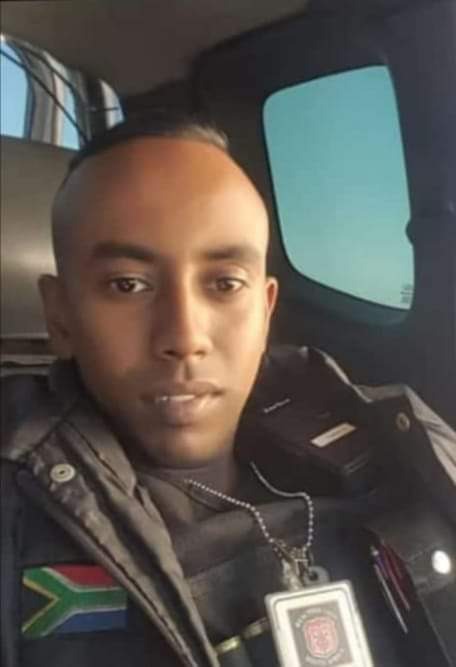 The reaction unit officer who on Tuesday died from a hail of fire after, he was attacked by armed suspects in Zwelisha- Kwazulu Natal.

Reaction Unit South Africa was quickly called to the scene in order to assist the victim and to deal with the situation because it was volatile with the suspects shooting a lot of rounds, the officers were completely outmanned and outgunned so they asked for reinforcements that is when the officers and paramedics rushed to the scene.

It is believed that a few minutes later the crime scene was discovered by the reaction unit officers on the corner of Ugagane Close & Unganu Circle, where the body of a 41 year old Reaction Officer was found 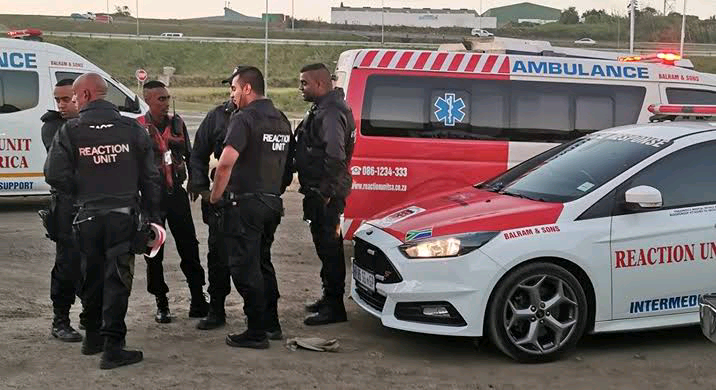 It has been revealed that he sustained several gunshot wounds to his body and head as if he was shot assassination style, his 9 millimetre handgun was stolen by the suspects and a bulletproof vest did not manage to block the 9 millimetre bullet from piercing through.

Witnesses who were on the scene say that the officer was attacked by three armed suspects who opened fire at once together, it is quite clear that this was some kind of revenge that was being perpetrated on the officer.

Otherwise if it was just ordinary members of the public it wouldn't have transpired the way it did, so we have to wonder what was going on in the private life of this officer or did his private life spill onto his work life.

The Officer was providing protection to the shop owners who were usually robbed during stock deliver, it is very strange because it is well known knowledge that these shop owners are getting robbed almost all the time on Friday during their stock deliver but they never stop them.

A white Izuzu bakkie and an undisclosed amount of cash that was also stolen from the tuck shop, was also discovered by the law enforcers The Security Agency has been struck by a double tragedy as another reaction officer was shot dead when he was responding to a call.