The Department of Home Affairs needs to find a way in which they will be able to deport all the illegal immigrants back to their countries because as we speak, they are busy with their crime spree in this country and it is tiring for the citizens of South Africa. The R55 road has become a serious problem with crime. If it's not road spiking, it's hijacking and cable theft. All the perpetrators who were arrested during these crimes were foreigners from Zimbabwe. If they are taken home, it means these kinds of crimes will be controllable and the citizens will now drive late at night without fearing being hijacked.

Tshwane Metro Police has reported that "TMPD cable theft unit arrested a 37 Zimbabwean male for tempering for tampering with infrastructure. He was caught digging up cables at R55 road. Well done team" 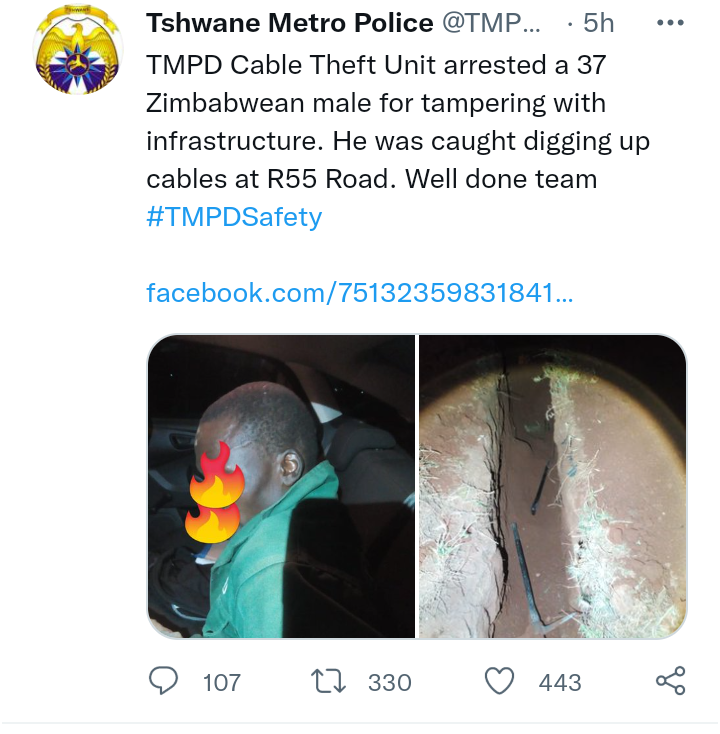 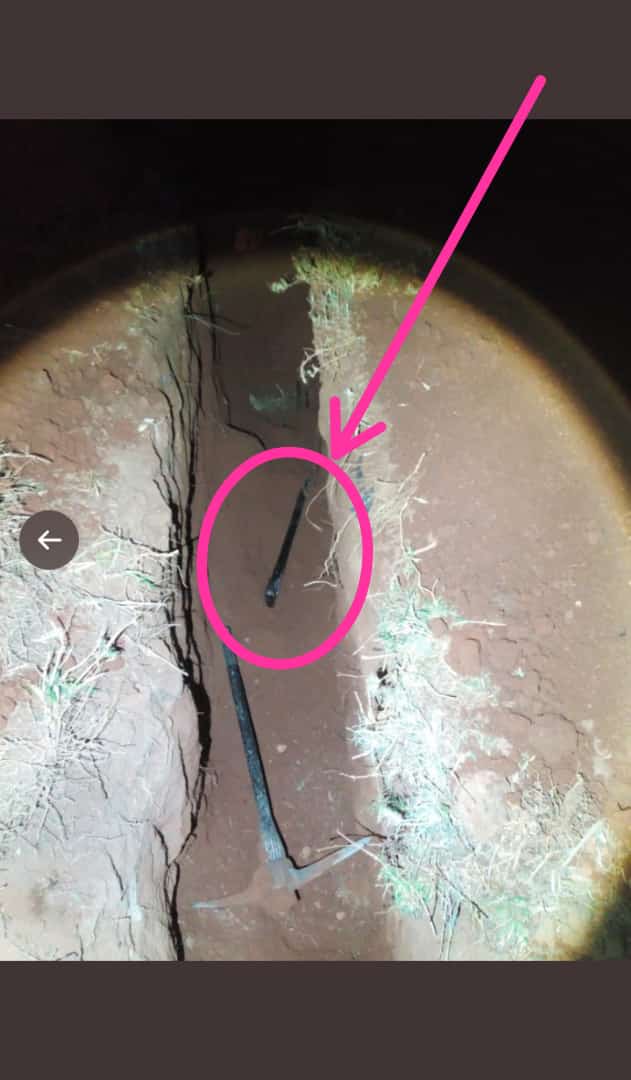 According to one of the comments, he said, "Julius Malema is part of the problem because he has told them that they are at home and they should feel free and welcomed because there are no borders in Africa and it's now a problem because it's the citizens of South Africa who are suffering and, for him, he left in her suburb where there is less crime because they are highly guarded."

"I'm a Zimbabwean, I don't agree with them. These Shona guys are sent to steal down SA's. They want fast cash but don't want to sweat for it. Bafana le Zanu PF Eyasibulala AmaNdebele for them to loot. Don't bail him, let him rot in prison on one meal a day. What does Udoti want? " So said Pablo Python.

Those people who sabotage infrastructure deserve No Mercy and they should rot in jail for a very long time and they don't deserve any bail until the trial is concluded because when they are out they might continue with what they were caught doing.

What is happening in South Africa is disastrous and it requires intervention if we are to combat these types of crimes. The government should ensure that all the foreigners that are here have all the documents required for them to be here, and the reason why they are here should be reasonable, and they should be tracked when the time of their stay has expired.

What do you think needs to be done to win this war? Leave your comment below in the comment section.

Meet Angus Barbieri, The Man Who Fasted For 382 Days Because He Wants To Lose Weight