R.I.P| Another Woman Murdered Allegedly By A Man She Was Doing This With.

By Pforsimple (self media writer) | 17 days ago

Another cheating seemingly goes wrong for married woman in the Eastern Cape. 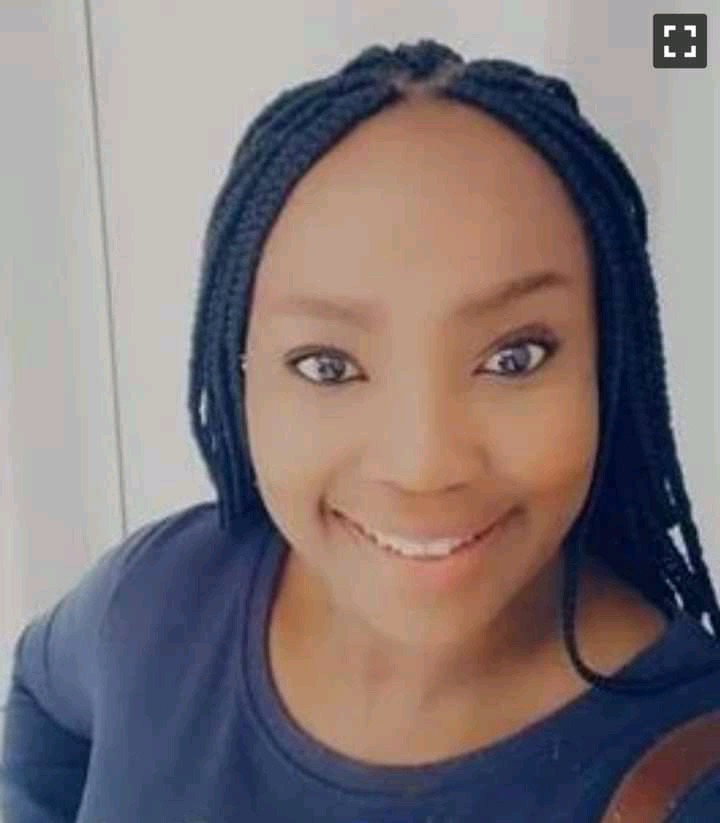 Another woman has lost her life after she got herself in a relationship with another man while her husband was in Russia for work.Apparently Nokwanda Maguga-Patocka (44) was married to a German born husband and in a long distance relationship as he left for Russia due to work.But Nokondwa decided to get herself a boyfriend as her husband Michael Patocka (49) was gone for a while.

The two were married for about 20 years and still the married woman went on to cheat her husband while in Russia. 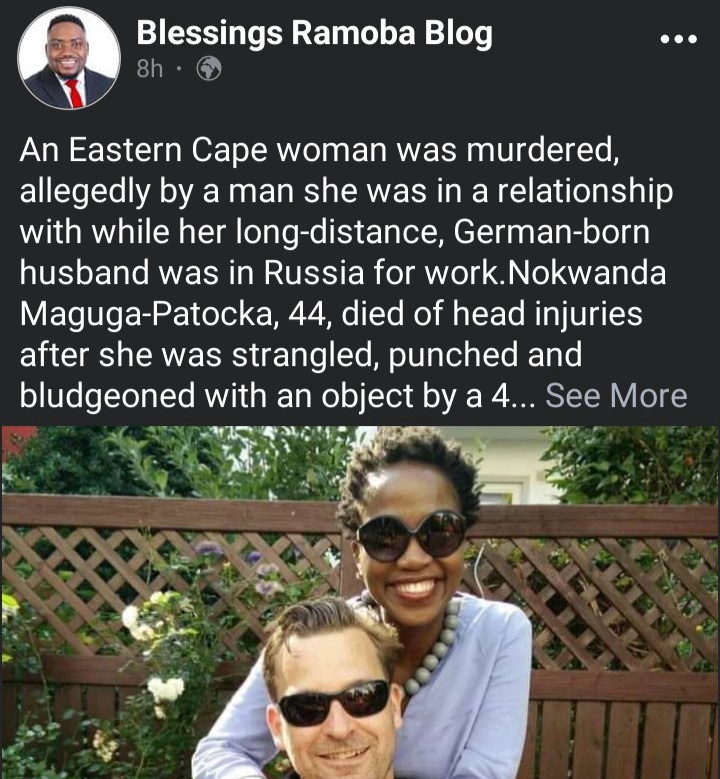 Now the woman lost her life after she got herself in a relationship with another man.Apparently Nokwanda Maguga-Patocka was murdered allegedly by the boyfriend after she was hit by an object and suffered head injuries.She was also strangled and punched which actually caused her serious injuries that caused the married woman to lose her life.It is very sad seeing how recently women in South Africa lose their lives due to cheating.

Many women have bee killed last month due to cheating scandals that really got horrific. 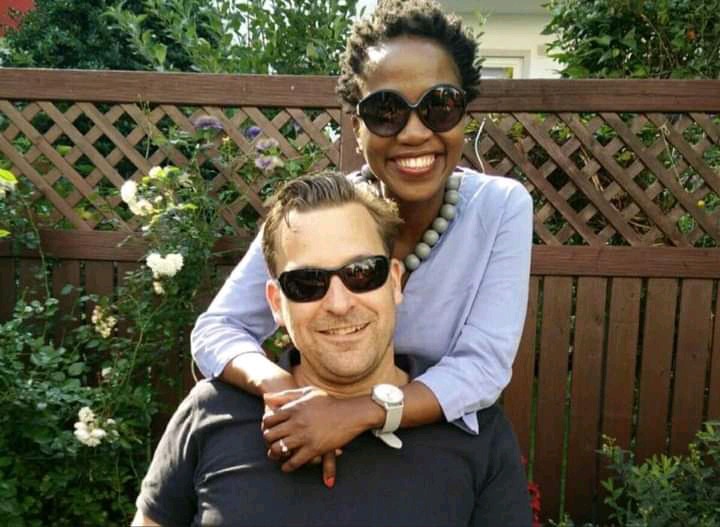 The German born husband sadly received the news about his wife and how she was actually murdered by her alleged boyfriend.Apparently the husband did not wast time and he expected to make his arrival today.It is very sad that the man left his wife in South Africa and went to provide for her in Russia and the long distance ruined their love.Now the woman from Eastern Cape couldn't wait no longer for her husband to come back and decided to get a boyfriend.

Now sadly the very same boyfriend allegedly killed her in a very tragic way that has left many people shocked.

What are your thoughs with what happened to the woman? Who do you blame here? Share views below!!!

RIP: A little girl beaten to death by her step-mother

Another Robbery In KZN, Look What happened

South African Drivers to Pay $200 Before they can Access Zimbabwe through Land - Home Affairs.

The Belly size of Itu Khune’s wife raises questions, after Khune posted this picture on twitter.