A man from East London who saved six teens from the Enyobeni tavern on the night that 21 teens tragically died says that the teens' screams still haunt him. Mzobanzi Godlo from Scenery Park remembered how kids as young as 14 yelled for help through the windows of the tavern as they struggled to breathe.

"I can no longer sleep at night. I still have thoughts about what happened, "he said. Godlo's house is right next to the tavern. In the early hours of Sunday morning, he was in his yard after a party for his wife's birthday with friends when chaos broke out at the tavern. He said: 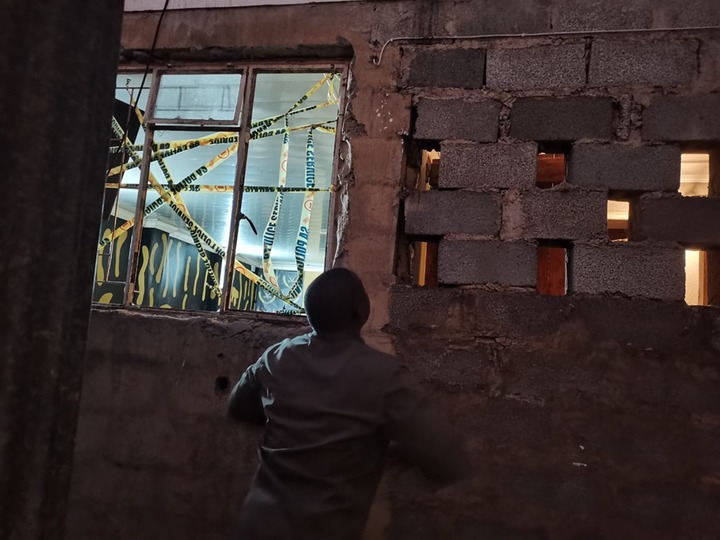 I heard something breaking in the tavern. I got closer to watch, and a girl in the upstairs window saw me. Another girl pushed her up against the window, and she yelled, "Help us, bhuti, ndiyafa (I am dying). Godlo said that all of a sudden, screams came from every direction.

"When I asked the girl what was wrong, she told me they couldn't breathe." A fast thinker Godlo looked around his yard and saw a 2-liter bottle that was empty. He filled it with water and threw it to the girls, who were getting desperate. "They used the water to drink and wash their faces. I don't understand what went wrong. I remember catching one of them as he screamed from outside the window. I have no idea what happened to the others."

He said he had to throw the water bottle a few times because more kids were yelling and saying they couldn't breathe. "I also helped a little boy from a window on the ground floor. He was given to me by his friends, who were so scared that they passed him to me through the window." The burglar bar on the window was broken by the boy's friends.

Godlo said, "I put him on my lawn, poured more water on him, and kept giving him CPR, pumping his chest and begging him not to leave me." He said that he was glad when the young boy was able to wake up. "I helped him get up so he could leave the yard on his own, but he just fell back down." 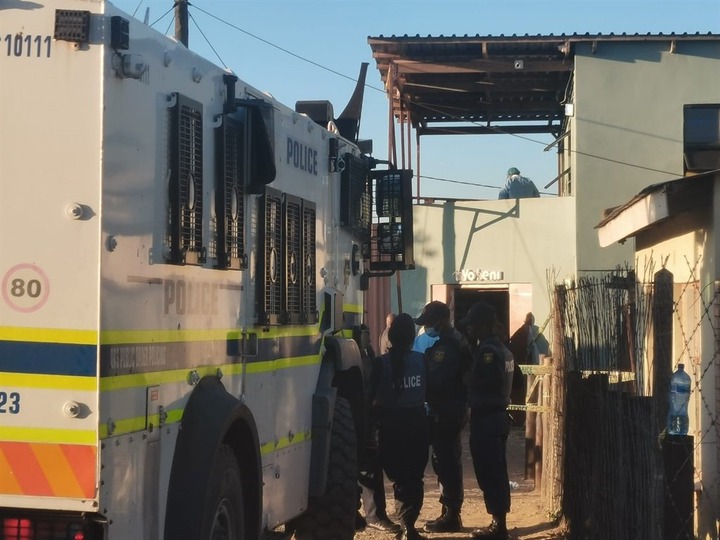 The boy told him he couldn't walk because he couldn't feel his legs. "He said that other people in that tavern ran over his legs during a stampede," Godlo said. Bheki Cele, who is in charge of the police, told reporters earlier that a stampede was not a possible cause of death. Godlo says that a man who was scared ran into his yard and sped past him to get to the tavern window, where he could hear screams getting louder and louder.

"When I tried to stop him, he said his little sister was inside, so he went in through the window even though I told him not to." He said that when the man landed, he yelled, "Bodies, dead people, bru... there are dead people in this tavern!" "I looked out the window to see what was going on and got the biggest surprise of my life. Godlo said, "I helped save about six people who left the tavern through that window."

"I went to sleep around 4 a.m., and when I woke up in the afternoon, CNN was showing the most terrible news about a South African pub. When I changed to channel 404, I saw Bheki Cele standing outside this bar. I couldn't believe what I was seeing." When asked what he thought happened inside the tavern, Godlo said, "From what I saw, it could have been a gas explosion because livers are cooked on gas stoves in that tavern." 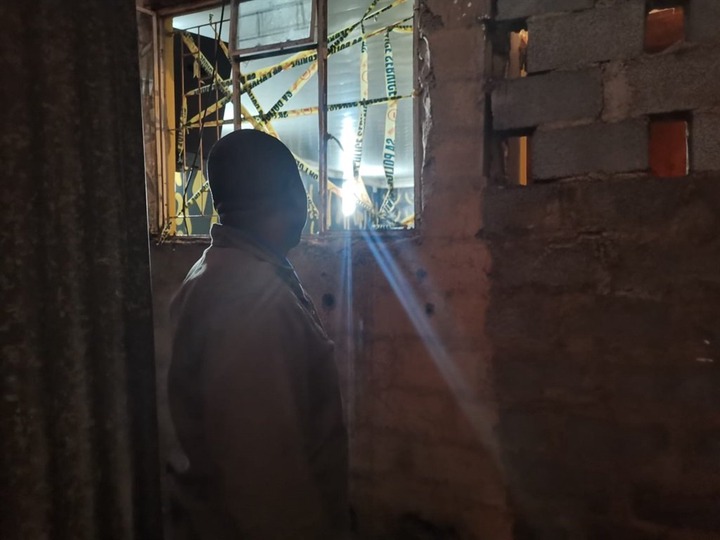 Owner is being charged with a crime

On Sunday, 12 girls and 9 boys died in mysterious ways at the Scenery Park tavern during an event with free rounds of alcohol, WiFi, and a photoshoot. Police in the Eastern Cape are looking into what happened, but they haven't made any arrests yet. The Eastern Cape Liquor Board has started a criminal case against the owner of a tavern, Siyakhangela Ndevu, on the grounds that he sold alcohol to children who were too young to buy it.

People between the ages of 13 and 17 died in the event. When the media called Ndevu, he refused to talk and said they were harassing him. The Eastern Cape health department said it had helped 16 people who had survived the disaster who were having trouble breathing, throwing up, having backaches, or having headaches.

Reports on 21 victims' toxicology were sent to Cape Town, but the results are not yet available. People who know a lot about the investigation say that the deaths may have been caused by fumes from a gasoline generator. Based on early findings, an expert said that carbon monoxide poisoning could have been to blame. The chief medical officer at the East London mortuary, Dr. Solomon Zondi, told the Mail & Guardian that the deaths might have been caused by a gas explosion at the tavern.

'Help, I am dying': Man who tried to save teens from Enyobeni tavern tragedy haunted by victims' screams | News24

Female Rapper, Cardi B Surprised Her Fans By Getting A Tattoo On Her Face.

" I don’t do relationships anymore, I just want someone to sleep with and have a kid together" Lady