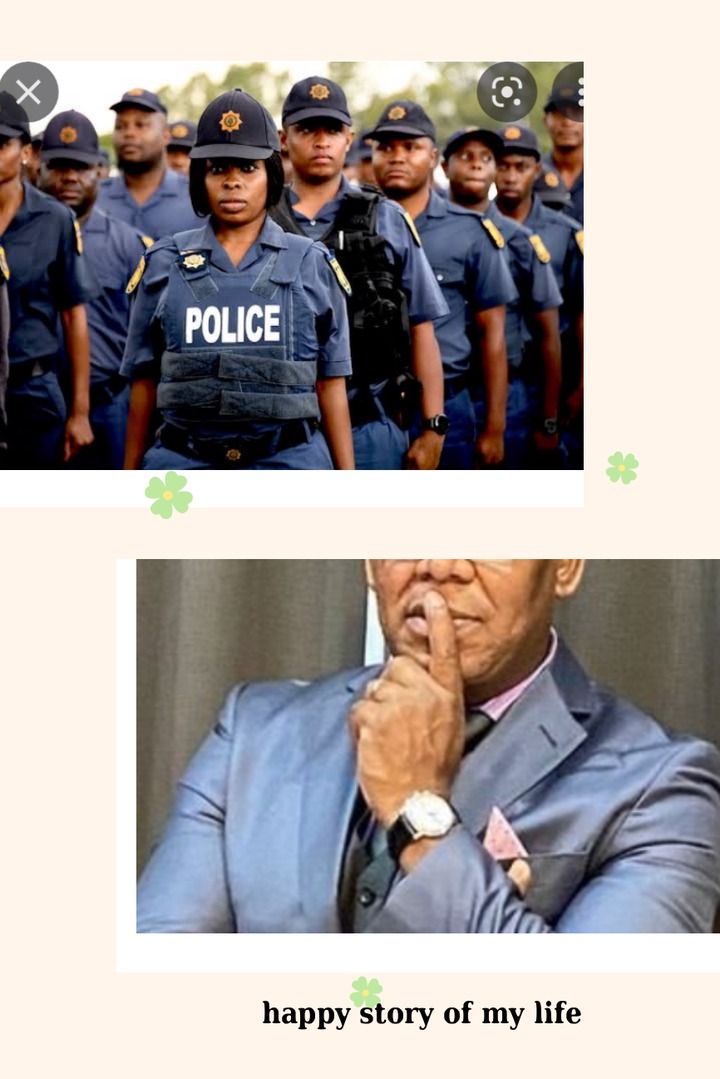 The funny thing is that the Police do not prevent crime, they respond after crime has been committed. Only security guards prevent crime. The people and areas that suffer from crime are those who do not have security guards. So, Bheki Cele’s job is to come after they hit you. Which is not supposed to be. Theirs is to serve, prevent and protect, someone is not doing his/her job.

However they don't do that anymore, state is cutting costs everywhere, only firefighters don't have competition from private sector.

What do you expect when the SAPS station has security guards themselves they don’t routinely guard the station themselves they outsource security companies to guard the police at work. Regular patrols, identification, and searches of possible/potential crime suspects should form part of policing, that’s if it’s not. Policing should be to prevent and deter crime, not just to investigate after it happened. There's a general rule of thumb that says, "most (90%) people will not commit crimes if they know that they will be caught”. If people know that police will not catch them—they feast on criminal activities. Disbanding Mk hani gets killed

This is called privatizing state security, Mr. Msibi this reminds me of a song by @TracyChapmanNFT "The Police Always come late, if they can" @SAPoliceService is infamous for asking victims to go and search for perpetrators and only then call them. When they are called,, there are not vans. @CrimeSecurity @PConPolice, I legitimately never thought of this. But it seems so obvious now.