In South Africa, if you work for the Cash transporting company, if you find your way back home after doing your shift, you happen to be lucky, when the Cash In Transit Heist thugs come for the money they don’t really care who is inside the van, if they don't shoot they will blow the vehicle open to makes sure that they get their hands on the money they have targeted, if it mean going through a security official who will be trying to intervene, they will do what they have to do get him out of the way. 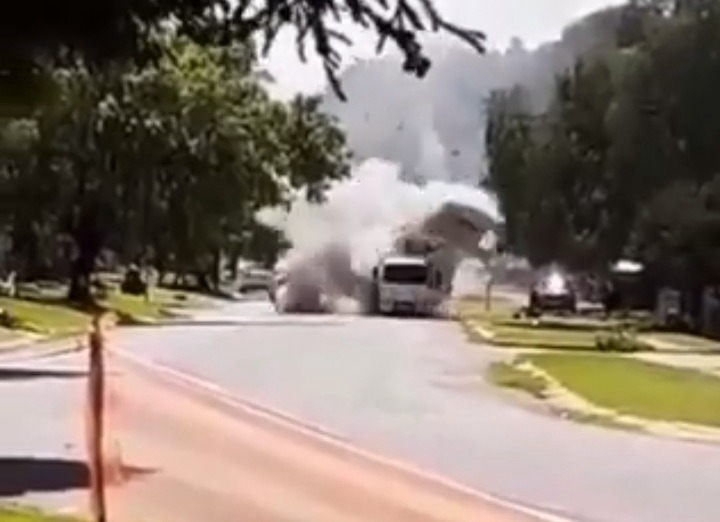 After having seen a cash in Transit that happened in Cape Town on Tuesday, a video has emerged on social media where a cash van was bombed in Gauteng on Wednesday afternoon, if you didn’t know that is a cash in transit, you would swear that it is a scene from a movie, action movie for that matter because it looks toogood to be true, but you get to understand it really happened after the person who was filming couldn't stand the explosion and dropped the phone when the Van exploded.

The video shows a cash van that was hit by by another vehicle so that it stops, they the thugs installed the explosives on the cash van, then they hide and wait for the van to explode before they come back and collect their money.

The Video doesn’t show exactly what happens after the explosion because it ends when the van explodes, it is not clear whether there were casualties or any one who got injured during the heist, but the van was bombed open. 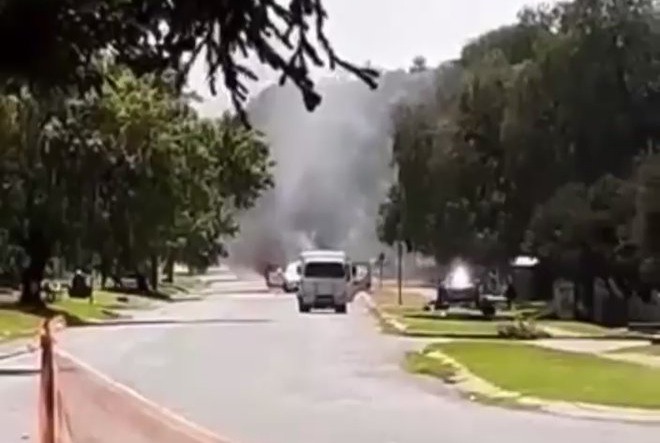 On Tuesday we saw people of Cape Town helping themselves to the left overs of money, they gathered around the burning cash van and made sure that they collect as much as they could carry before the police arrive at the crime scene.