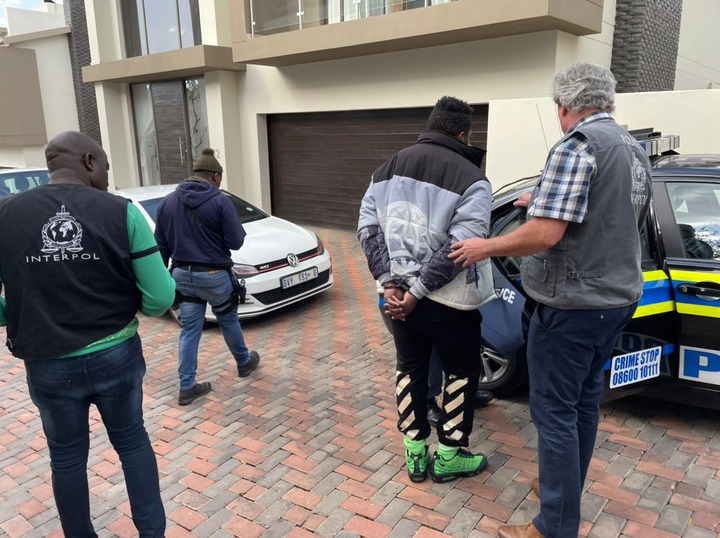 Interpol South Africa did a great job when it arrested a 28-year-old man , who is a Nigerian. The man  is alleged to be part of a cybercrime ring which indulges in crimes like internet scams as well as money laundering.The man who was identified Mr James Junior Aliyu got arrested in Sandton at an upmarket estate during the week .

In accordance with the report, the arrest was erected after 10 am on Wednesday the 29th of June 2022 .The members from the Interpol National Crime Bureau in Pretoria teamed up with the members of the SAPS Gauteng Highway Patrol Unit to track down and arrest the suspect .

The arrest took place following investigations which involved the authorities from South Africa and those from the United States of America .

The suspect was alleged to have had been committing his crimes while based in South Africa. He is also being accused of swindling some United States citizens of their millions in United States dollars.

He reportedly did this through text messages and emails .An application for the suspect's extradition was reportedly made by the authorities in the United States as most of the victims are based there .

It was reported that the suspect made his appearance before the Randburg Magistrates’ Court on the day he got arrested and he got remanded in custody to the 5th of July 2022.