The hunt is on for a Mozambican national who escaped from Kgosi Mampuru II prison some few weeks ago.

It took two weeks for the authorities to discover that the suspect, who used the alias Thomas Chauke when he was arrested and booked into custody, was not who he claimed to be. But by then it was too late. Someone had left the stable door open, and the horse had already bolted.

The Mail & Guardian has reported that “Chauke” is in fact Thabo Zachariah Muyambo, the same dangerous criminal with a significant set of prior convictions who had been on the run for 11 months after tunneling out from Pretoria’s Kgosi Mampuru prison last December.

At the time of his first escape, Muyambo had served just 18 months behind bars. He was sentenced to life in prison for rape, kidnapping and robbery on 7 June 2019. 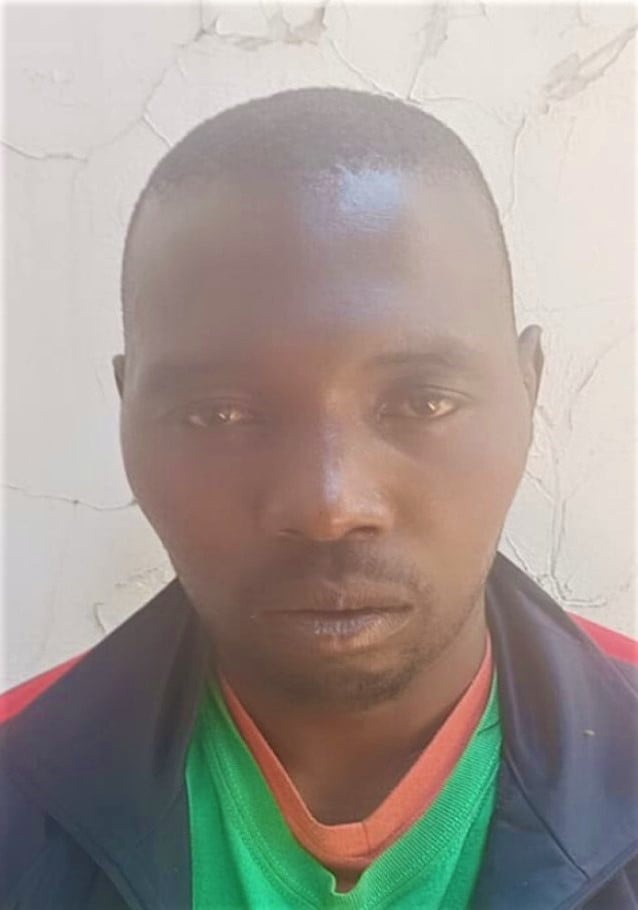 Last month, on the night of 20 October, Muyambo, aka Chauke, was one of four suspects from Gauteng who were arrested after they had allegedly killed two rhinos and chopped off their horns at the Madikwe Game Reserve.

The gang was caught holding more than just a “smoking gun” when field rangers pulled over and searched their getaway vehicle. Two sets of freshly cut rhino horns, a hunting rifle, a silencer, an axe and knives were found in the vehicle, which was impounded.

The suspects were booked into custody at the Nietverdiend police station, where they were held and transported 60km to Zeerust and back for court appearances over the next two weeks. However, on 3 November, a red flag was raised when only three of the four poaching suspects appeared in the Zeerust magistrate’s court for bail applications. 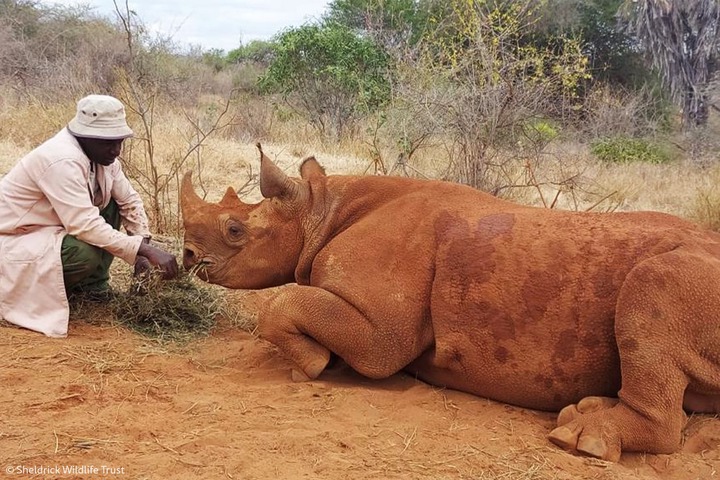 Sources told M&G they believed Muyambo was never physically booked into the holding cells in court that day, which immediately raised a host of suspicious scenarios. There were no visible or reported attempts of police guards or court orderlies making any effort to arrest a fleeing prisoner at the court premises.

Responding to the M&G’S inquiry about an escaped prisoner on the loose, South African Police Service (SAPS) spokesman, brigadier Sabata Mokgwabone, wrote: “We can confirm that a case of escape from lawful custody was opened for investigation. That after Thomas Chauke allegedly escaped from lawful custody between 9am and 9.30am at Zeerust magistrate’s court holding cells. Circumstances that led to the escape are still being investigated.” 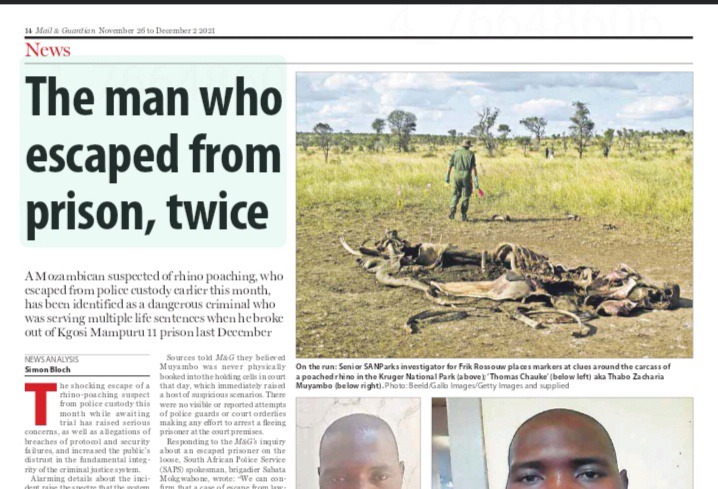