A businessman who is based in the city of Capetown has been arrested after stolen streetlights were found within his premises. 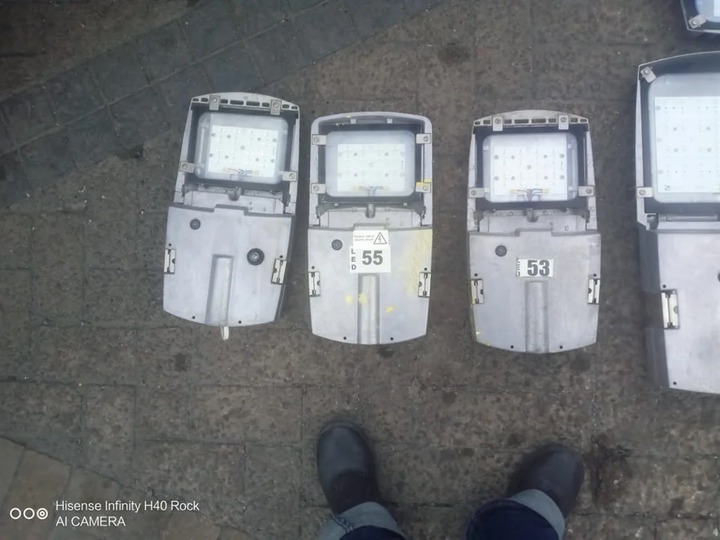 The City of Cape Town's Law Enforcement Unit got an anonymous information about light-emitting diode (LED) streetlights removed from its original location and then reinstalled within a business premises adjacent to Klipfontein Road.

The security team said that, upon interrogation, they officers were able to discover about six of the nine LED lights belonging to the City.

Three oit of the six found had their brand name removed from them.

The owner of the establishment was placed under arrest for being in possession of the stolen government property.

According to a statement released by the City of Capetown "This is not the first time officers encounter this problem, as another business owner in the Southern Suburbs was also recently arrested for a similar incident,"

It further stated that those led lights were also discovered to have been installed at private home.

The City announced in February 2020 that it replaced more than 1 200km of its streetlights with energy-efficient light-emitting diode (LED) lamps to reduce emissions, in line with global warming emission reduction targets, and to mitigate rising Eskom tariffs.

The LED lights were said to have saved up to 40% in energy compared to traditional streetlights, the City said. The latest thefts come amid rampant cable theft and even the theft of paving bricks from public places.

How this child killed another child