Mob justice goes far back in South Africa. Many have been killed for being wit.ches and in my own community, a man was brutally beaten up and displayed around for mugging someone. He had apparently snatched the lady's cellphone at a nearby mall and later paid dearly for it! The problem with mob justice is that more often than not, there are victims who get brutalized wrongfully and without proof. This means that if someone has beef with you, they can just suggest you did something unlawful and the community deals with you!

The latest case of mob brutality is of Mukundi, a young photographer. He was accused of stealing car keys and the Chief of his community orchestrated for him to beaten up for the theft that eventually led to his death in hospital. The real thief only brought the keys later!

"Mukundi was wrongfully accused of stealing car keys & a wallet...the accuser took him & his friend to the village where he subjected them to mob justice...Mukundi was beaten & later died in the hospital. The person who took the keys later brought them back💔#JusticeForMukundi" https://t.co/skL2i3E7u0 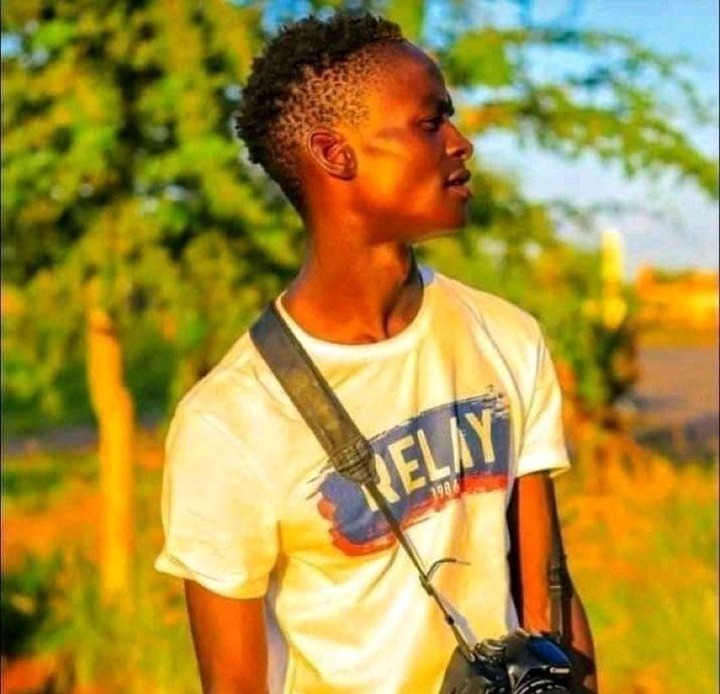 Was the real culprit beaten up? Who, from the crowd, will be arrested for Mukundi's death? What measures were taken to establish him as the thief? Was he only beaten up because he "looks" like a thief? Is he was any shade lighter, would he have been a chance to clear himself? He was hustling. He didn't deserve to be killed like that!

"Justice must be served for Mukundi… I did not know him personally but I am moved by how people are describing him. It’s sickening! We live in a cold world. I am numb. PS; poverty is sh*tty, you are always a suspect #JusticeForMukundi"

"Last I saw this boy was at thavhani mall , arguing about vaccines , today I found out he was beaten to death , he was only a photographer #JusticeForMukundi" https://t.co/lW7VSIkHaE 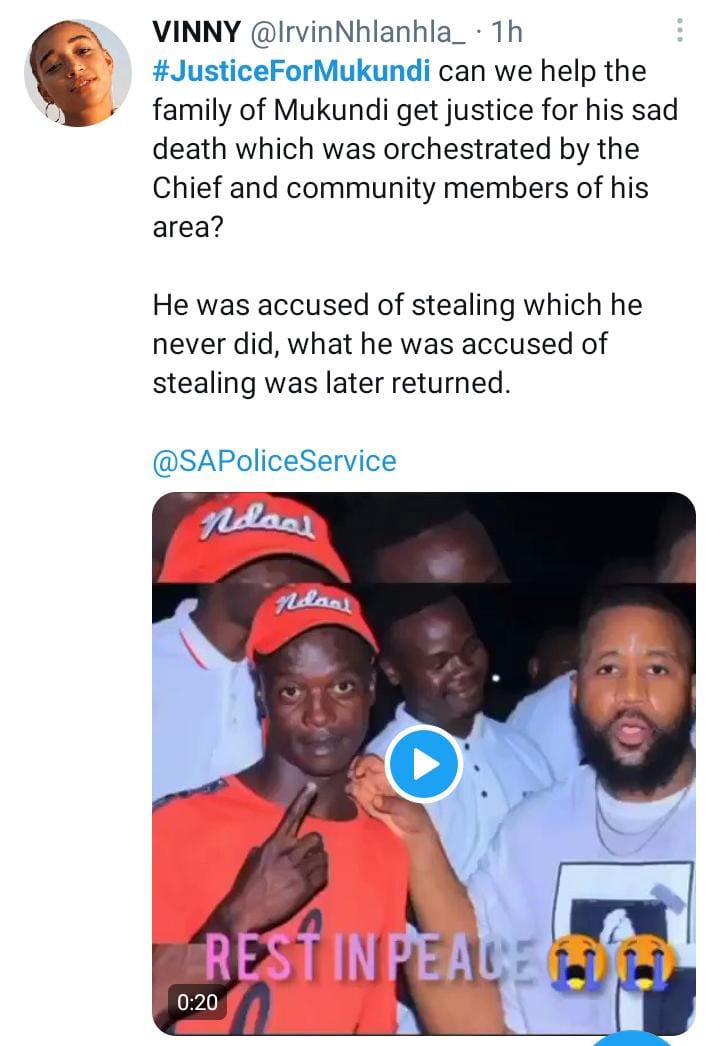 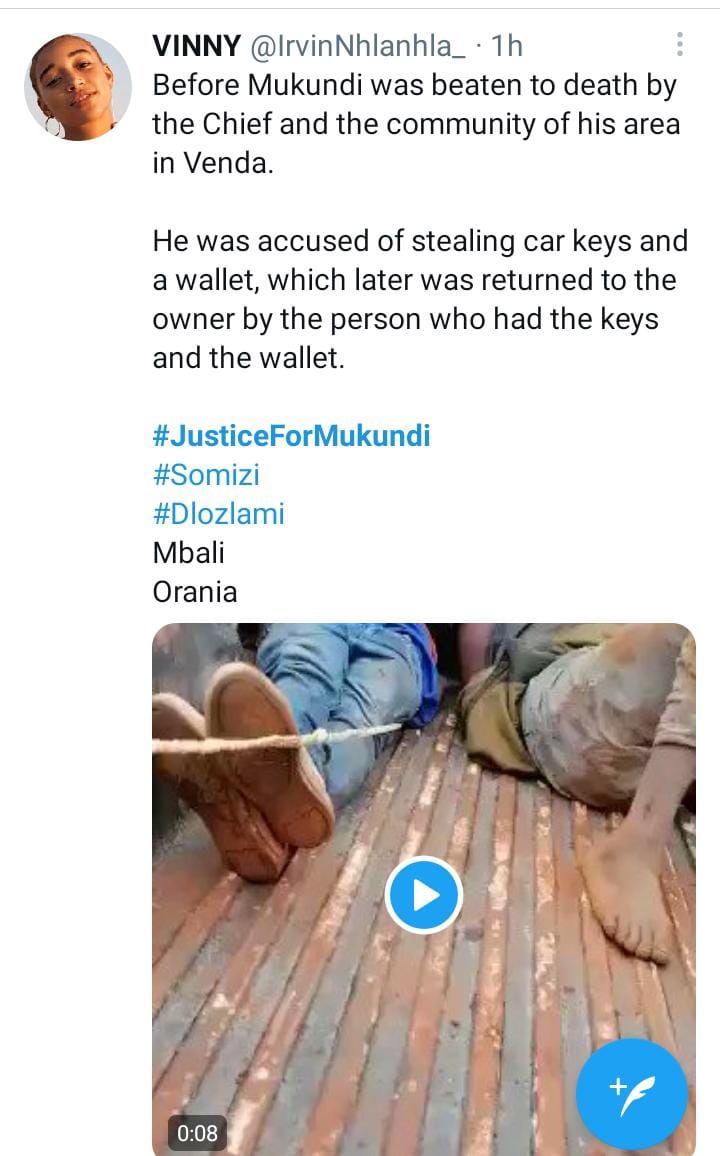 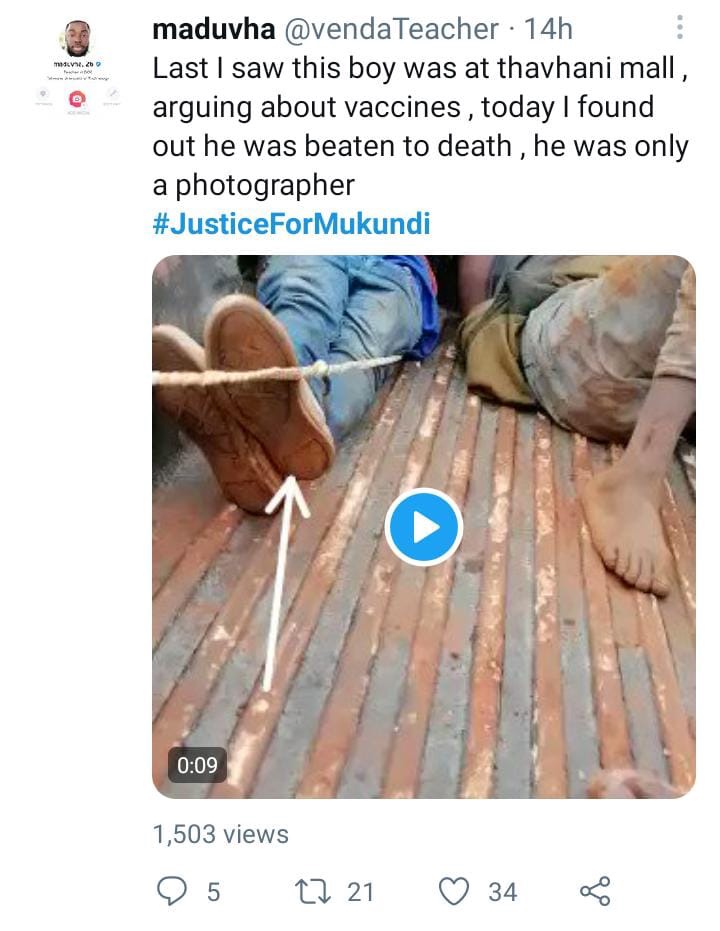 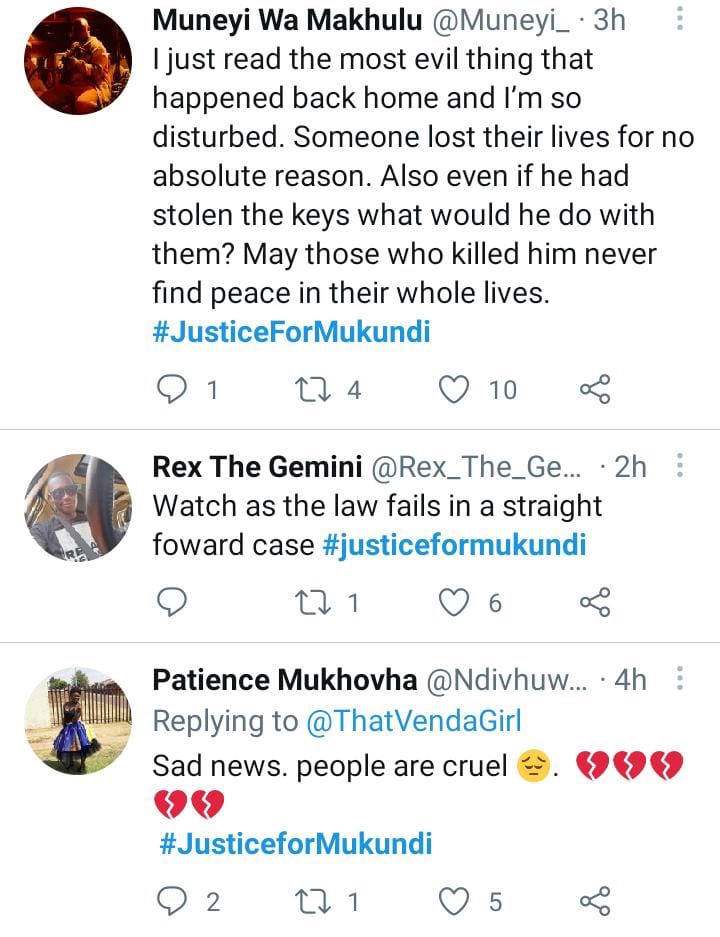 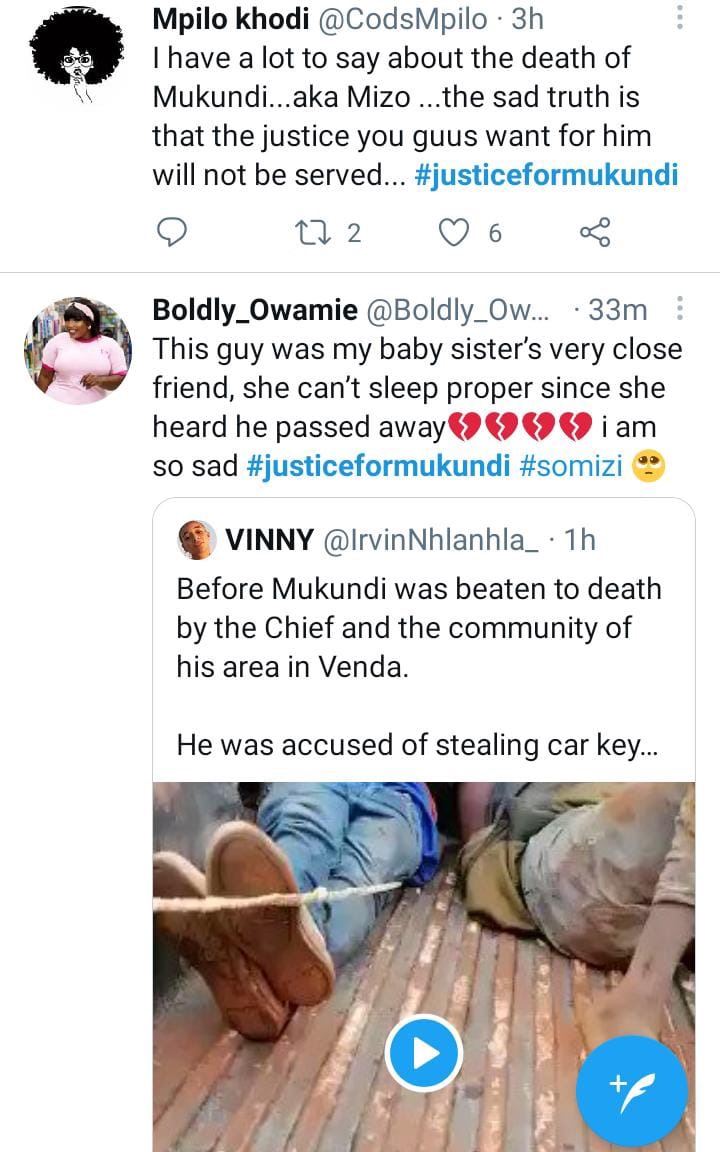