A Criminal Hiding In Uniform ?

By NthabieLatest (self media writer) | 15 days ago

Were do we seek for help when the people who are supposed to keep us safe are the one we should run away from.

Colonel Dimakatso Sello said that the Vereeniging Magistrate court issued a warrant to arrest police sergeant who is allegedly involved in kidnapping and being involved in armed robbery and extortion. He was arrested on the 10th of November. 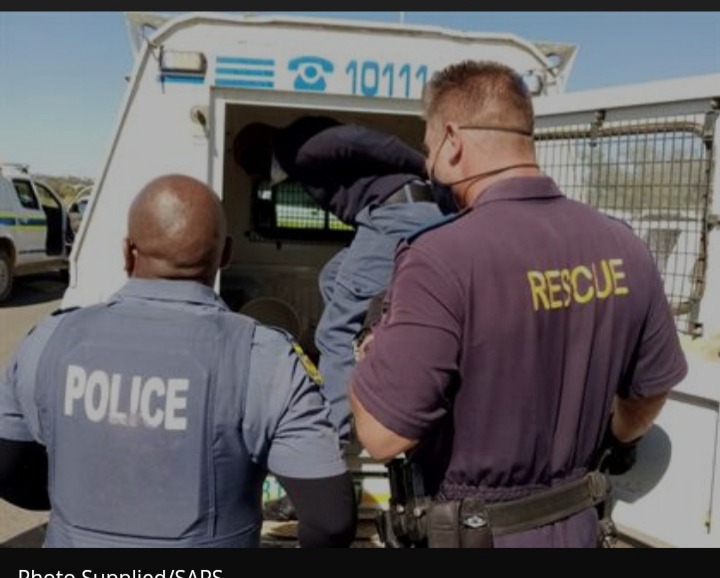 Some police man tend to forget that they are not welcomed nicely in prison as they may bump into the people they once arrested of they may want to harm them or even kill them. But who knows they might have friends in one of the gangs in prison or even worse ,they are part of it .

The police stated that the sergeant used to borrow out his work equipment like an offical firearm, handcuffs and his bullet proof vest to other criminals so they may be seen as officers of the law to the public. Probably that's how they managed to kidnap people because they knew that they will be easley convinced because of their appearance.

Braggers are putting their lives at risk as the criminals look at the first. It is alleged that he and his criminal friends were targeting people who advertised their homes on social media ,they would rob them then keep them hostage in some house in Orange Farm.

Another warrant of arrest was issued and a 40--year-old man was arrested and was in possession of a police reflector jacket, a diamond tester and 5 cellphones. The police are trying to stop the crime of impersonating police officers.

The police are ashamed of calling him one of their own but who would not be . They are doing their best to reveal the corrupt cops and justice will be served ,said the Gauteng police commissioner Lieutenant Elias Mawela. 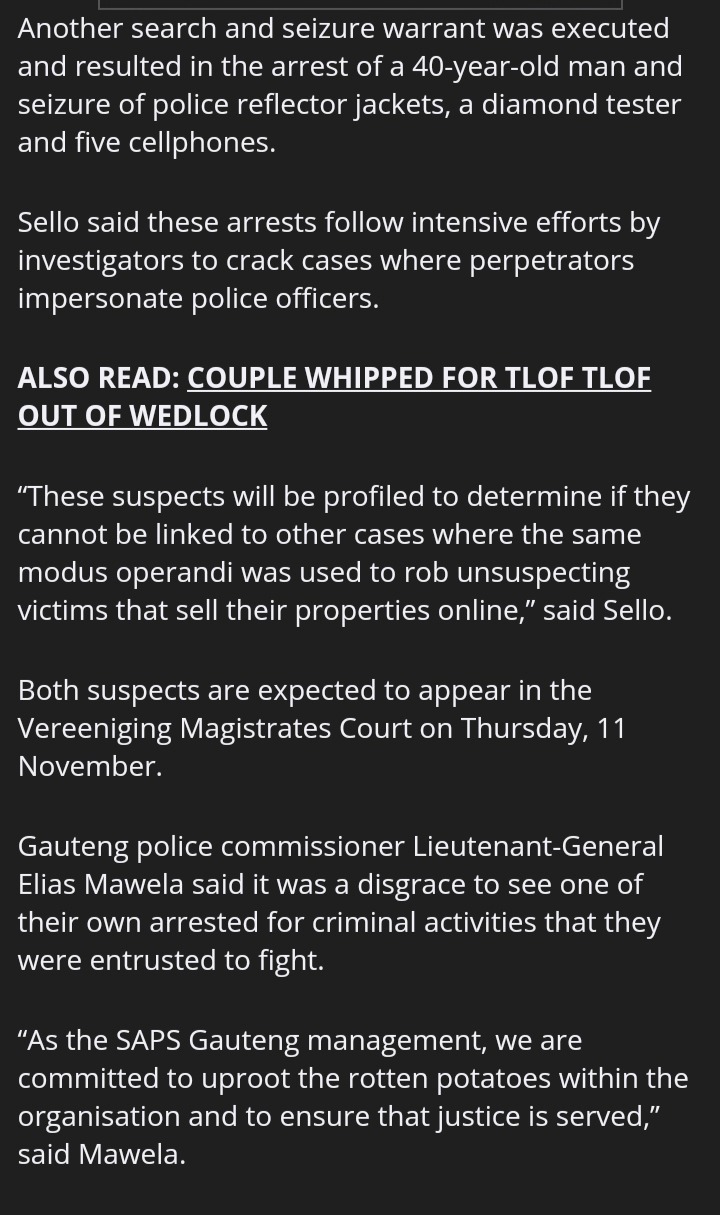 Opinion: Our country is in danger since the cops are working hand in hand with the criminals or should I say they are criminals hiding in uniform. Be aware and be safe .