Many children are abducted daily and this has left many homes broken as parents end up blaming each other for failing to protect their children. The truth is, no matter how responsible you are, you will never know when perpetrators will strike and take your child away. They can strike at your home or whenever your child is in your care. Not all children are abducted when walking alone in the streets. 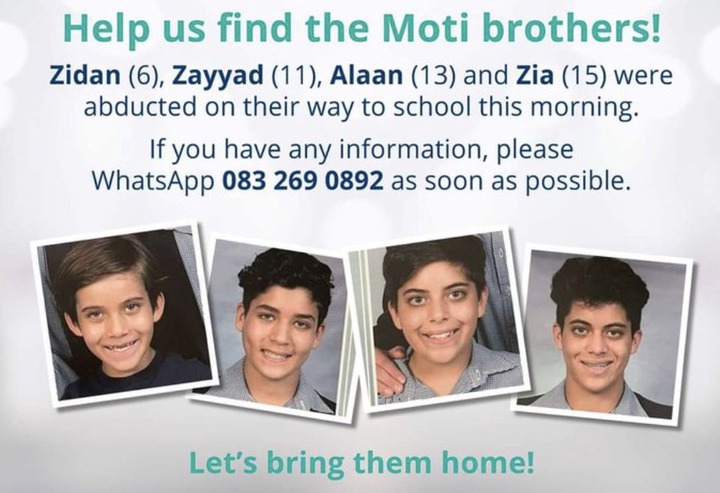 The kidnapping of the Moti brothers has shaken the whole country and many people have been praying for their safe return. According to reliable sources, the four brothers were abducted when they were on their way to school in Polokwane and they were in the presence of their driver. The driver was left unharmed, but up to now, the children have not returned home. 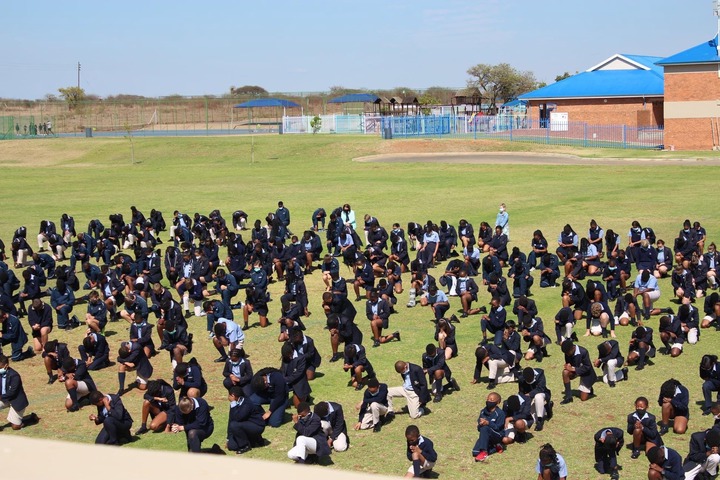 As the news of their disappearance has gone viral, the masses are standing in unison with the family, hoping for their safe return. Politicians like EFF leader Julius Malema have also shared messages of hope and declared war against the perpetrators. The schoolmates of the Moti brothers are also praying that they come back safe and sound. 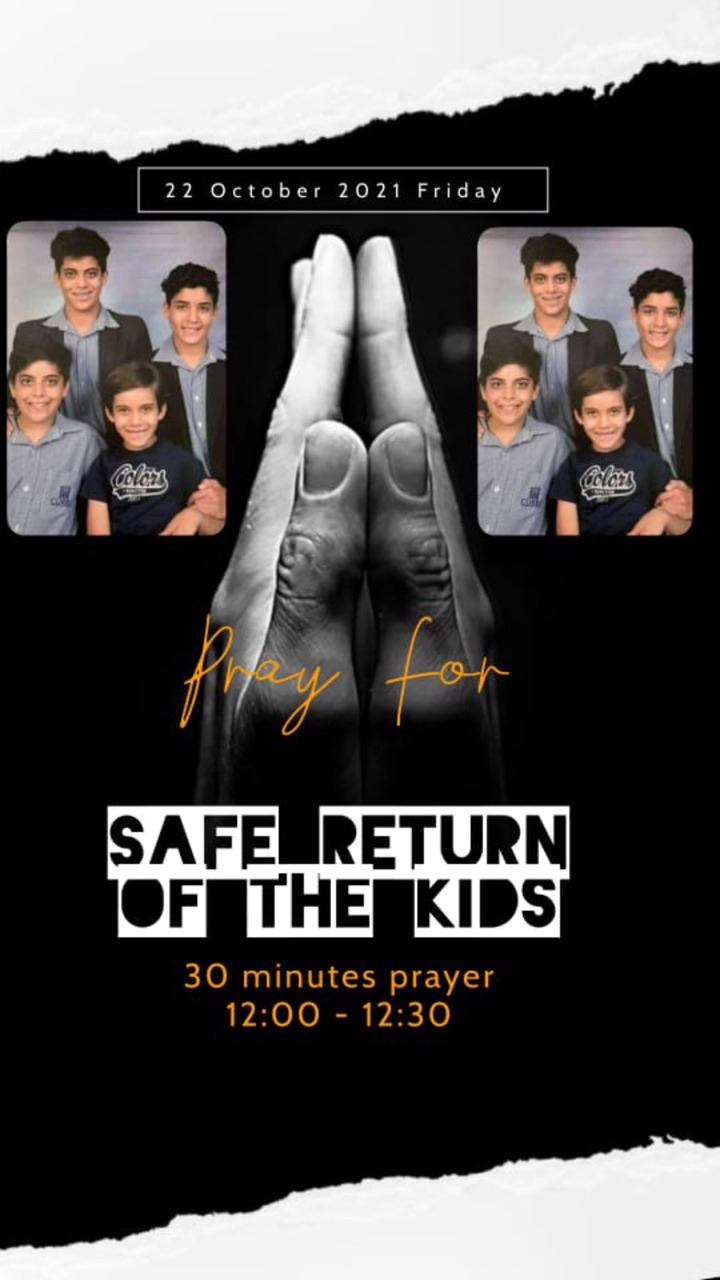 It has been three days since the children were abducted, and according to Diva the psychic who is famous for locating missing people, the children are safe. She adds that seven armed men are involved to extort money from the family. 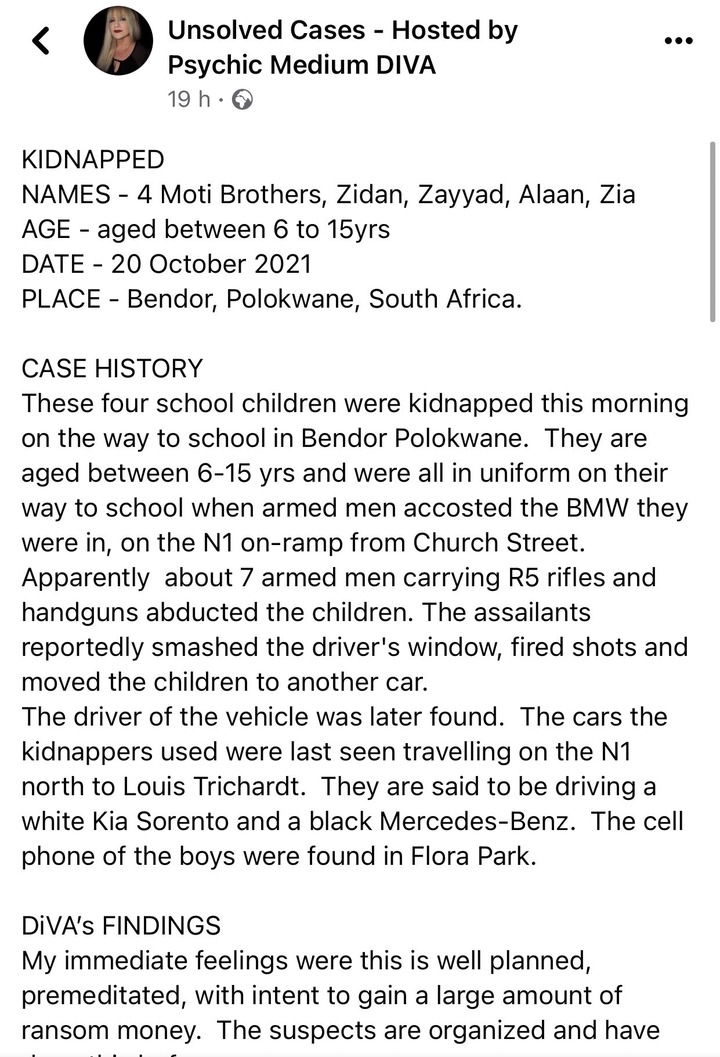 Diva adds that the driver is not involved, and suggests that people close to the family are involved thus warning the parents to not share valuable information with some of their family and friends. 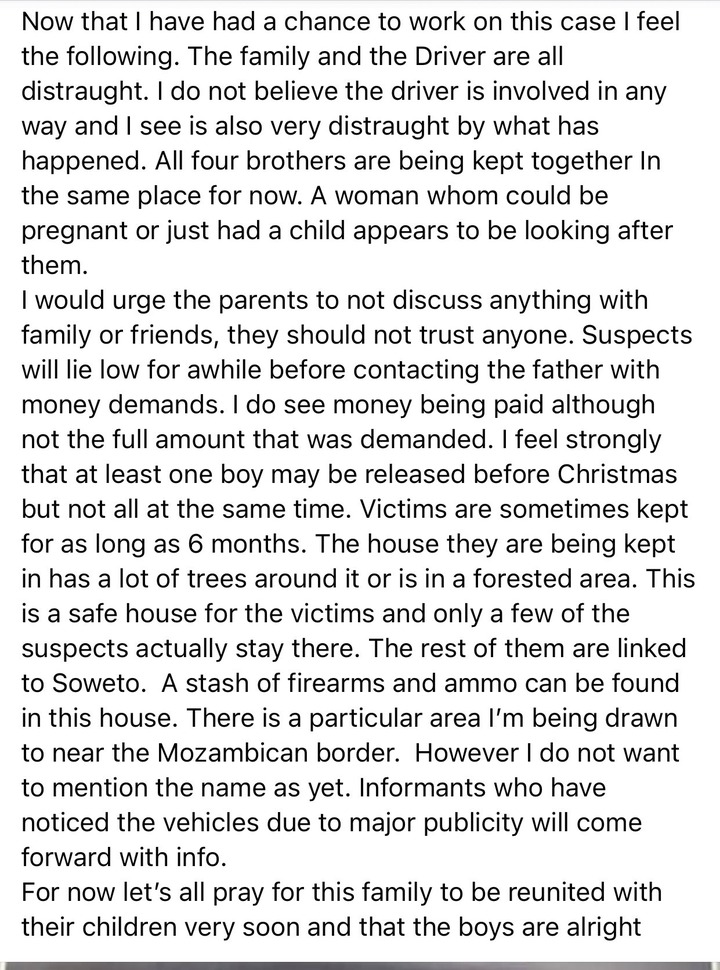 According to Diva, the children are well taken care of by a pregnant woman or a mother than has an infant, says that one of the boys will be released before Christmas and that three or four of the kidnappers will be arrested and the children will either be released or rescued. 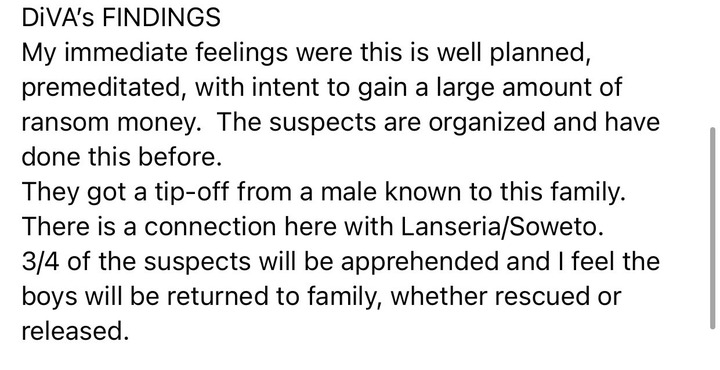 One Tweep shared this information on Malema's Tweet and the children's aunt saw it, and asked if the Tweep can help her with more information. However, things went south when the Tweep said that the family of the missing children contacted the psychic, which the aunt denied, citing that they are do not believe in psychics.

One can only hope and pray that the children are returned home safely. South Africans must fight against the abduction of children. It is bad enough for one child to go missing, children deserve to be protected.

Do you think the psychic should have kept to herself? Is she spreading lies? Diva is known to only deal with cases after she has been paid, does this mean she is making up most of the things she said?