As hunger bites in Somalia, babies start to die

Two mounds of earth heaped over the little bodies of Halima Hassan Abdullahi's twin grandchildren are encircled by hacked-off thorn branches. Ebla and Abdia were only alive for a day. Hunger-stricken, their mother gave birth to the twins a month early, eight weeks after their depleted family entered a displaced families camp in Dollow, Somalia. "She's malnourished, and her two babies died of starvation," Abdullahi said at the Kaxareey camp, which opened in January and now shelters 13,000 people.

They are one of almost 6 million Somalis that require assistance to survive. The greatest drought in 40 years has shrivelled their beans and corn and strewn scrubland with the bodies of their goats and donkeys after rains failed for four seasons in a row. With the world's attention focused on Ukraine, humanitarian agencies and the UN are frantic to draw attention to a disaster they claim is on track to rival Somalia's 2011 famine. More over a quarter of a million individuals perished, the majority of them were children under the age of five. 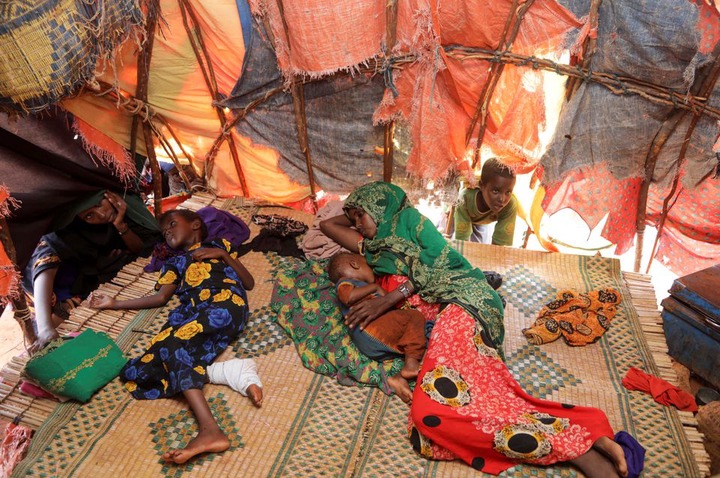 Only nearly half of the inhabitants in the Kaxareey camp have enough money. Abdullahi's family is not among the fortunate. She hasn't seen anything like it since the early 1990s, when a famine in Somalia sparked a disastrous US military incursion that resulted in the shooting down of a Black Hawk aircraft. She claimed that her family had never had to leave their farm before. On good days, Abdullahi can support her 13-member family by earning $1.50 washing clothes in town. Everyone can have a single handful of maize porridge as a result.

However, this is insufficient. Her daughter-in-law requires typhoid medicine, which costs 10 times Abdullahi's daily pay. A thin infant frets at her breast as the girl lies still on a blanket. A red high-heeled shoe with a diamante clasp rests close in the dirt, one of the few belongings she brought from their sun-bleached house. She is now unable to even speak her own name. "Abdiya," Abdullahi whispers, attempting to wake her up. The girl does not raise her head. 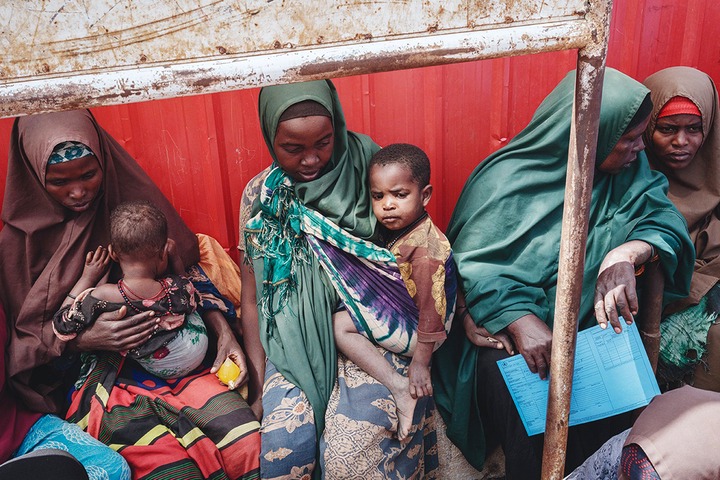 Early assistance is critical for averting the coming famine in six Somalia regions. Because food was distributed quickly, a drought in 2017 that was worse than the one that triggered the 2011 famine claimed only about 1,000 lives. However, speed necessitates money. It's also in short supply. Only 15% of the United Nations' emergency aid plan has been funded. Aid has reached 2.8 million individuals so far. If more money came in, another 3.1 million people could be helped. The remainder are trapped in the scorching hinterlands, where an Islamist insurgency has taken hold.

"We need the money to avoid starvation," said Rukia Yacoub, the World Food Programme's deputy director for East Africa. People in the camp construct dwellings out of orange tarpaulins and bits of cloth and plastic stretched over stick domes. As relief workers construct pit latrines out of corrugated iron sheets, pounding echoes. Newcomers congregate around tents where relief workers inform them that they will not receive assistance for the time being. Instead, many families find themselves begging for a cup of food or a few cents from individuals who are marginally better off but arrived early enough to qualify for assistance. 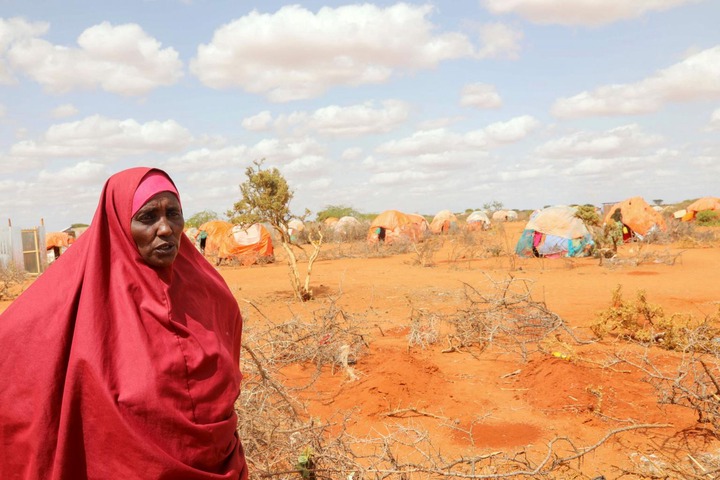 Hunger harms children before they succumb to diseases. Asha Ali Osman, 25, just lost her three-year-old and four-year-old children to measles. She now cradles her youngest child, a baby, while she waits in Dollow for the girl's vaccine. "I'm in such pain since I can't even breastfeed her," she said. "When my kids are hungry, I can approach a neighbour for some sugar water. Sometimes we just lie down and cry together."