While the globe is observing World AIDS Day, a number of people living with AIDS have come out to share their initial experiences with the disease. The vast majority of persons who are infected with the virus state that they contracted it by accident and that it came as a complete surprise to them.

For example, Alvin Okeyo, who is HIV positive, claims that he discovered his status when he went to the hospital to have a test done. That was not the first time he had been put to the test. He had previously performed many tests after every month, but all of them had come back negative, so he stopped.

However, on that fateful day, the results of his HIV/AIDS test took him completely by surprise. Despite the fact that he had tested positive, he only had one girlfriend. He was quite interested in learning the truth about what had happened until he tested positive.

He mustered up the confidence to approach his girlfriend, in order for her to be able to explain to her what was going on. He was determined to see that his girlfriend got tested to see whether she, too, would test positive, and he was successful. 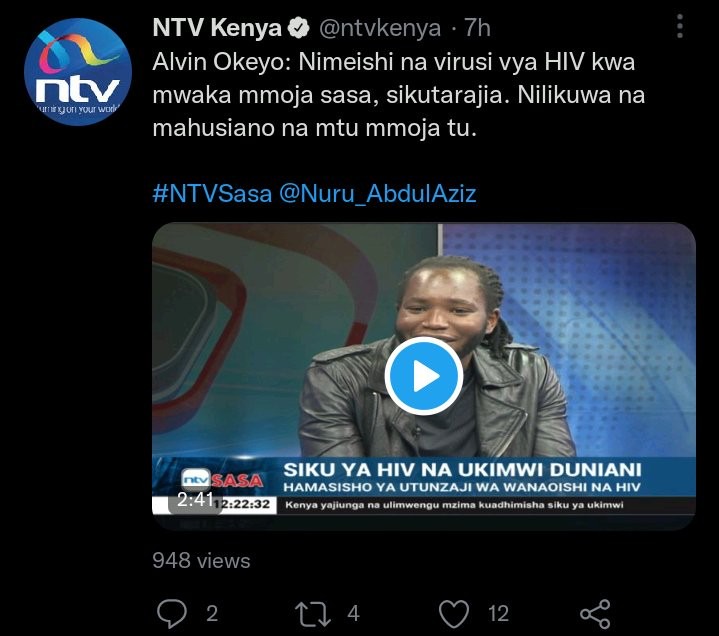 Unfortunately, his lover was really enraged with him since he had doubted her. As Alvin Okeyo has stated, the minute he announced that he wanted her to be tested, she ceased all connection with him and disappeared. Alvin has come to terms with his position, and he has earned the confidence to speak out and advocate for individuals who are living with HIV/AIDS in public.