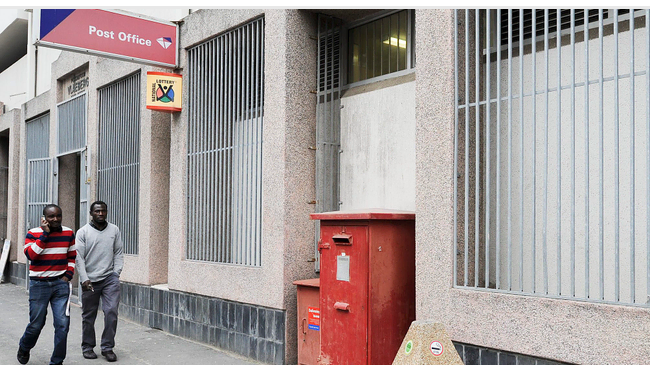 CAPE TOWN – Two people have been arrested in connection with the robbery of the Gatesville Post Office.

A 28-year-old suspect, recognized by eyewitnesses, and a second suspect were captured and held by metro police officers on Tuesday at the Athlone Police Station.

Ruth Solomons, a spokesman for the City's Metro Police, said the 28-year-old was apprehended in Surrey Estate.

“Just before 8am, officers were hailed down by members of the public who advised them of an armed robbery in process at the Gatesville Post Office.

"They were able to provide a description of the individuals, and cops went on the hunt," Solomons said.

Meanwhile, in an unconnected incident on Tuesday, Delft police officers detained a 44-year-old man in Freedom Farm, Leiden, for possessing an unregistered pistol and ammunition.

"The members were given information about a handgun at a property and followed up on it." The property was examined, and a 9mm Norinco handgun with ammo was found. "If the suspect is charged, he will appear in Bellville Magistrate's Court on Thursday, December 9," Twigg added.

On Monday, an intelligence-driven operation resulted to the arrest of multiple people for allegedly unlawfully trafficking in drugs by Crime Intelligence, the Bishop Lavis SAPS K9 team, and the National Intervention Unit in Bishop Lavis.

According to Wesley Twigg, a police spokesperson, substances such as cocaine, mandrax, crystal meth, heroin, dagga, and unknown quantities of cash were recovered.

The medications are expected to be worth R80 000 on the black market.

"Once charged, the accused will appear in Bishop Lavis Magistrates Court on drug-related offences," Twigg explained.