Suspects involve in the kidnapping of 4 brothers are being searched by police.

JOHANNESBURG, South Africa – Police in Limpopo are still looking for four brothers aged 6 to 15 who were allegedly kidnapped on their way to school in Polokwane. 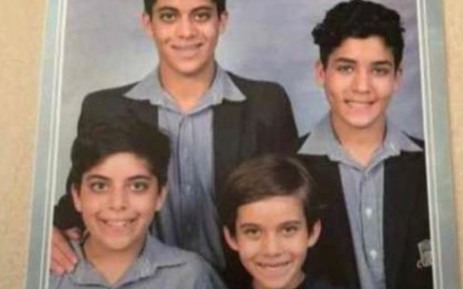 Their parents are appealing to anyone with information about their whereabouts to assist in the inquiry.

Motlafela Mojapelo, "Westenburg police have initiated a manhunt for a group of armed suspects accused of forcibly removing four pupils from their van on their way to school. Two vehicles obstructed the children's vehicle on the R37 road near the Polokwane bypass while they were being carried."

According to Jacaranda FM, the family lawyer for the four stolen siblings, Philip Smit, claimed the family was expecting a ransom demand from the boys' kidnappers.

"We don't know what the strategy is because the crooks haven't made any calls yet, but we think it's some sort of ransom crisis. At this point, that's all we can think of."

The family's belief that the kidnappers are in it for the money is uncertain.

"That is merely a personal viewpoint. I'm not going to say anything about it because I don't want to give anything away, but we have reason to believe it is "Smit continues.

As the search for the siblings proceeded, he said the family was in a panic.