Local induna kicks woman out of her own funeral 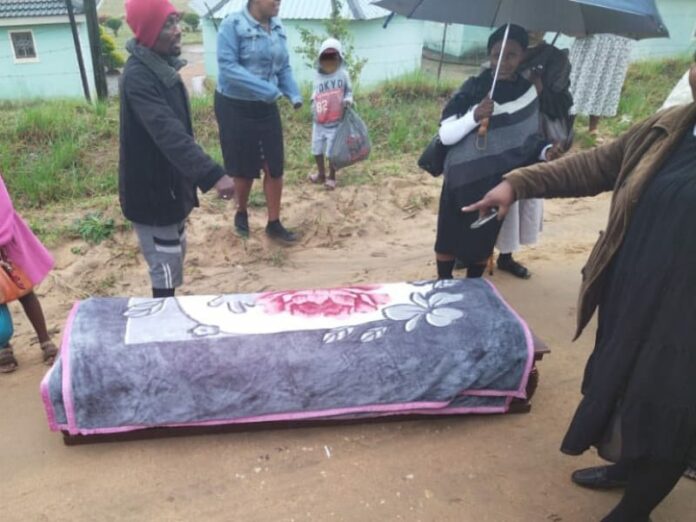 Rose Mkhungo died a month ago after a short illness and the mother of five has still not been buried.

Her body was removed from her own funeral after her family failed to pay the traditional leader a R2,000 khonza fee and a bottle of whiskey.

The khonza fee is paid to local traditional leaders in rural KwaZulu-Natal to be registered as a resident when one moves into a new place in the villages.

Mkhungo, 58, had been lying in the local mortuary since 20 July after an induna refused to let her children bury her at the land they had bought under the Mathulini area near Port Shepstone.

Her sister Naledi Mkhungo told Scrolla.Africa that Rose lost her home a few years ago after her husband, who was convicted of raping one of their children, kicked them out of their house and sold it after being released from jail.

“My sister and her children didn’t have a home and her son bought land for R11,000 from a woman who has since relocated to Cape Town. But the local induna, Fana Maluleka, demanded that on top of that money they should pay a khonza fee before they could put a

structure on the land,” the sister said.

When Rose died, she said, they had to ask for permission to use the land but they were asked to pay the khonza fee and an additional R300 fee for the funeral.

She said that when the funeral took place on Saturday, induna Maluleka came guns blazing and instructed the family to remove the tent, cover the grave and take the coffin back to the mortuary.

Five women who were part of the service tried to talk to Maluleka but he refused, claiming he had been disrespected enough.

As the drama unfolded on the rainy Saturday, some community members were pleading with the induna to put himself in the family’s shoes.

When he didn’t budge, five women mourners volunteered to carry the coffin for 10 km on gravel to meet up with a hearse that had already left the village for Durban. 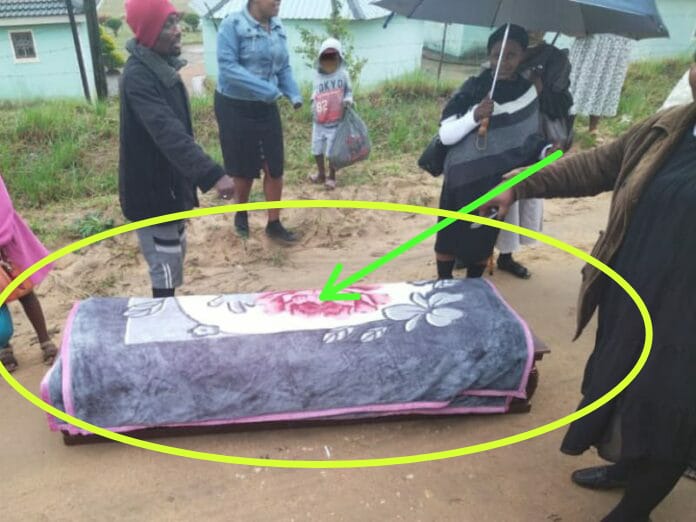 “This was one of the most painful days of my life. It was raining and the coffin was starting to crumble due to heavy rain but others assisted with plastic to cover it,” said Rose’s sister.

Maluleka told Scrolla.Africa that the family bought the piece of land from his granddaughter but they didn’t follow the right protocol.

“When the mother of these kids passed away they called me and wanted to come and bury her here. I told them that they can’t just come here without following proper processes to bury their mother. They need to pay the khonza fee.

“They disappeared. Then on Saturday I got a call from angry community members that there’s a funeral of a family they had never seen in the area. That’s when I came to check and ask them why they chose to come and bury their mother without my permission,” said Maluleka.

He said they have instructed the family to buy a grave at the Roman Catholic Church graveyard worth R800 and bury Rose there. 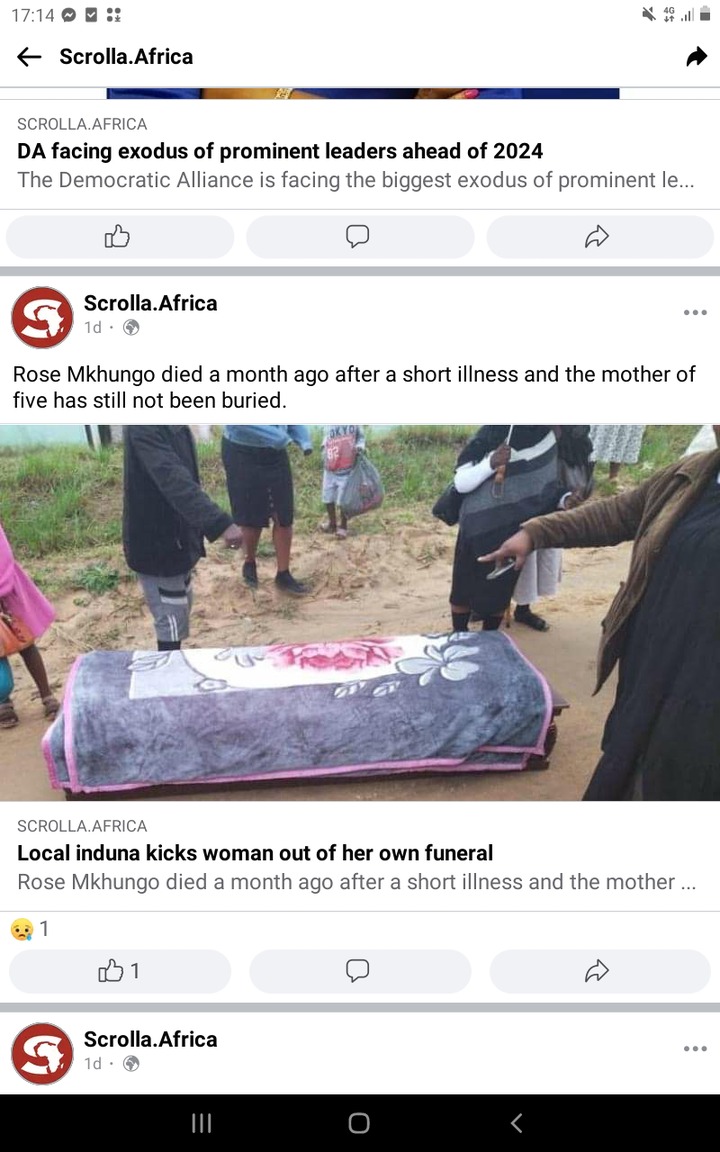