According to the source Isolezwe a man who was shot dead in his car , it is allegedly that he might be drug dealer. He shot shot dead in Sydenham, Durban, KwaZulu Natal yesterday. 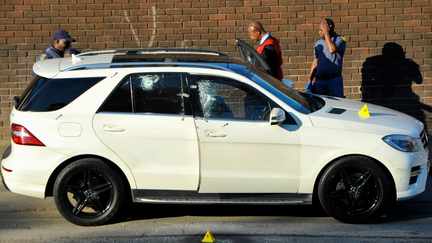 POLICE have been called in connection with the shooting of a man outside the hospital in Sydnam in Durban KwaZulu Natal.

The incident have took place outside the hospital, Lenmed Shifa, on Randles Road, the man was sadly shot while he was sitting in his driver's seat of the car.

It was allegedly that an unidentified persons allegedly opened fire repeatedly on the deceased, who was sitting in a Mercedes type of a car. The man sadly died on the spot.

Another man was shot dead and survived.

On social media the deceased was linked to drugs dealing says the source although police did not confirmed anything that was said on social media platforms.

KwaZulu-Natal police spokesman Constable Thenjiswa Ngcobo said it was alleged that around 12 noon a 51-year-old man was sitting in his car on Randles Road in Sydenham when he was shot dead by unknown men.

"She died on the spot from gunshot wounds on his body. The motive for his killing was unknown, ”said Const Ngcobo to the source.