Tycoon Loses 2.1 Million Cash In Daylight Robbery Minutes After Withdrawing From a Bank

Detectives located in Busia's Butula sub-county are on the trail of a group that was caught on CCTV breaking into a car at the Western Ambiance Hotel in Bumula and taking Sh2.14 million. The gang was apprehended by police after stealing the vehicle.

The victim, a 47-year-old man, had withdrawn the large sum of money from a bank in Busia town and placed it in a bag which he then placed in the trunk of his Toyota Premio before setting off on his journey towards Kisumu at 3 p.m. yesterday.

He stopped for a little period of time at the Western Ambiance Hotel to quell his hunger pangs before continuing on with his adventure.

A few time after take-off, he was taken aback when he realized that a second bag that had been in the back seat of his car and contained his clothes as well as more cash totaling Sh 144,000 had gone stolen.

He pulled over and went for the greater sum of money in the trunk, only to discover that it was no longer there. He prayed and hoped that the worst had not happened, and he pulled over again.

He hurriedly returned to the hotel where he had just had a lunch and inquired as to whether any CCTV footage was available.

An unidentified car with the registration number KCM 948U was shown in the clip being used to obtain entry into the victim's vehicle before the occupants of the unidentified car returned to their vehicle, which was carrying two suitcases, and driving away.

When detectives received the information, they immediately went to the scene and began searching for the perpetrators.

They were able to lose track of the hoodlums, however, after the registration plates from the suspicious car were discovered dumped by the side of the highway.

Other forensic leads, on the other hand, are being used to track down the perpetrators, as detectives investigate further to determine the reason for transporting such a large sum of money over such a long distance when it could have been transacted in other ways or withdrawn from Kisumu branch banks. 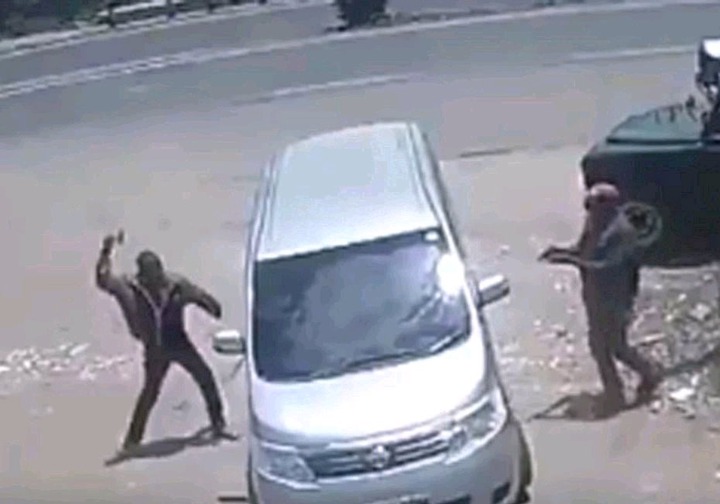 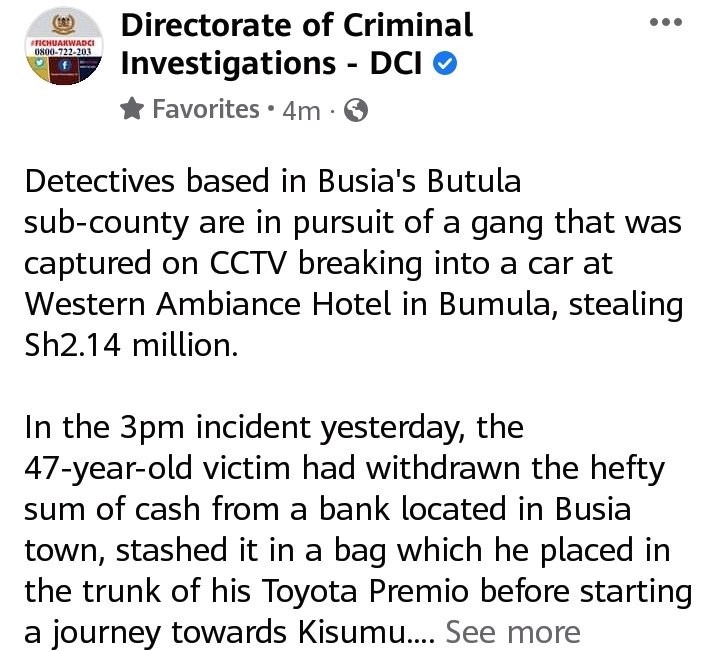 A person died as a result of the floods

Strong WARNING for KZN residents: " Stay indoors as this is happening now"

Interesting: Don't Dare Open This Article If You Cannot Control Yourself

Standard Bank users shares what happened to her at a Garage this morning. Opinion.