He uses his mattress for wrong things and sleeps at funeral, See Ramaphosa's trending sleeping image

Today is the day the victims of Enyobeni are finally laid to rest at Scenery Park, East London. 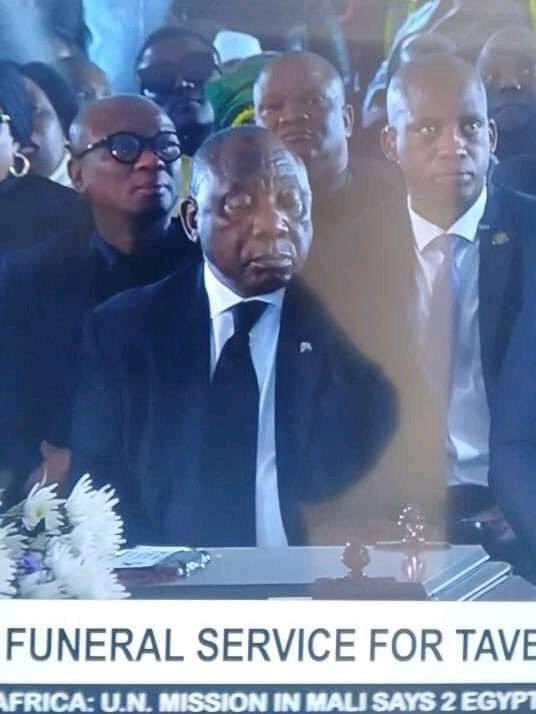 Among those in attendance is the president of South Africa, Cyril Ramaphosa, who as a head of state saw it fit to attend. He was reportedly given the task of reading the eulogy.

But Ramaphosa ended up trending for a wrong reason. The funeral service was also attended by a contigent of journalist as well as photographers, which is normal for an event that is attended by the president.

At some point during the proceedings a snap of the president was taken which appears to show him taking a nap. The image was shared by a user named Patrick Sindane (@sindane3), who did not clarify if he is the one who took the snap or what. 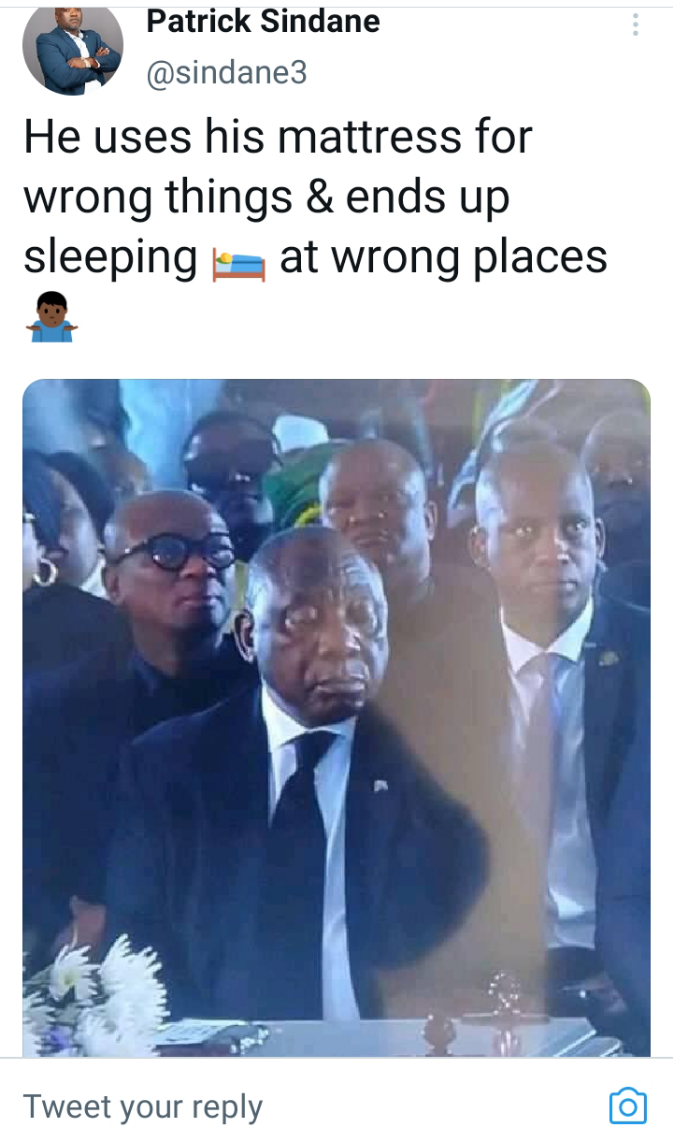 I personally am not sure if the president was indeed sleeping or he was maybe reacting to what was being said at that moment. But as it looks people decided to have a field day and drag the Phala Phala saga into this. You will remember that it was reported that the money that was stolen from his farm was kept on furniture including mattresses. This is how people reacted to the image: 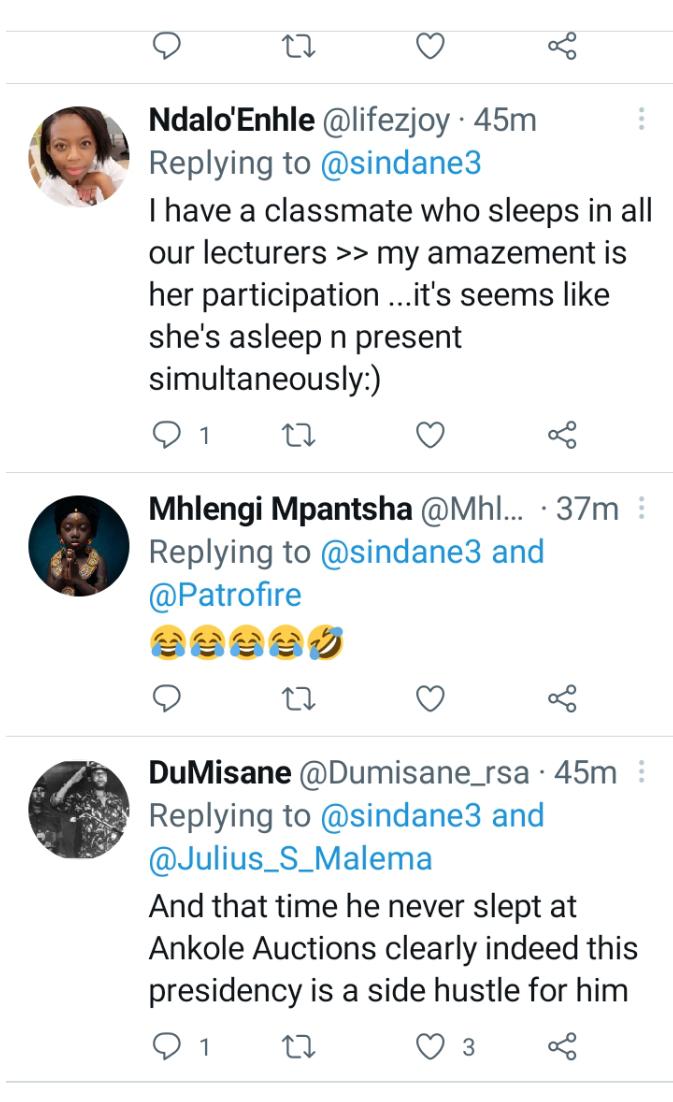 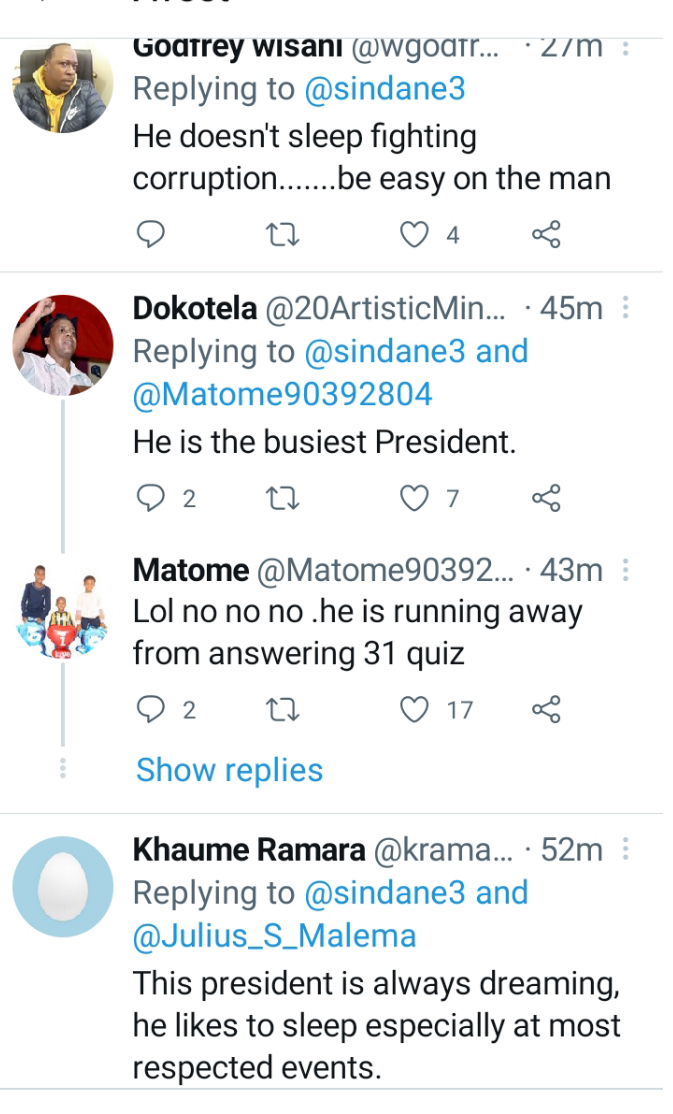 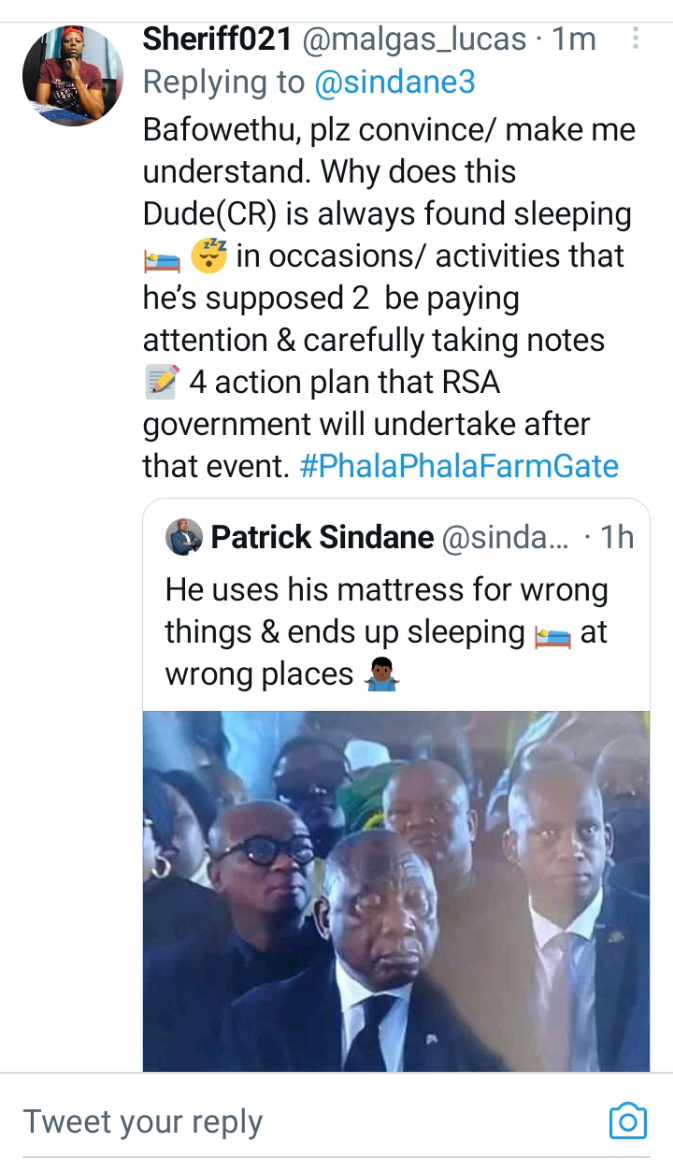 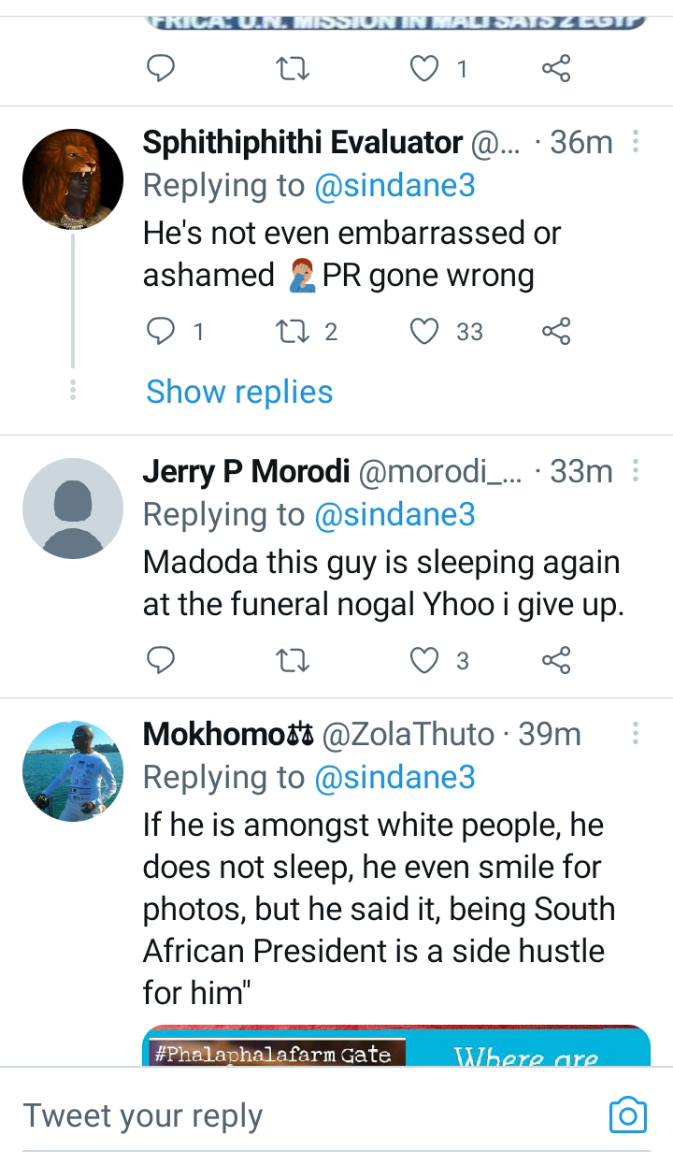 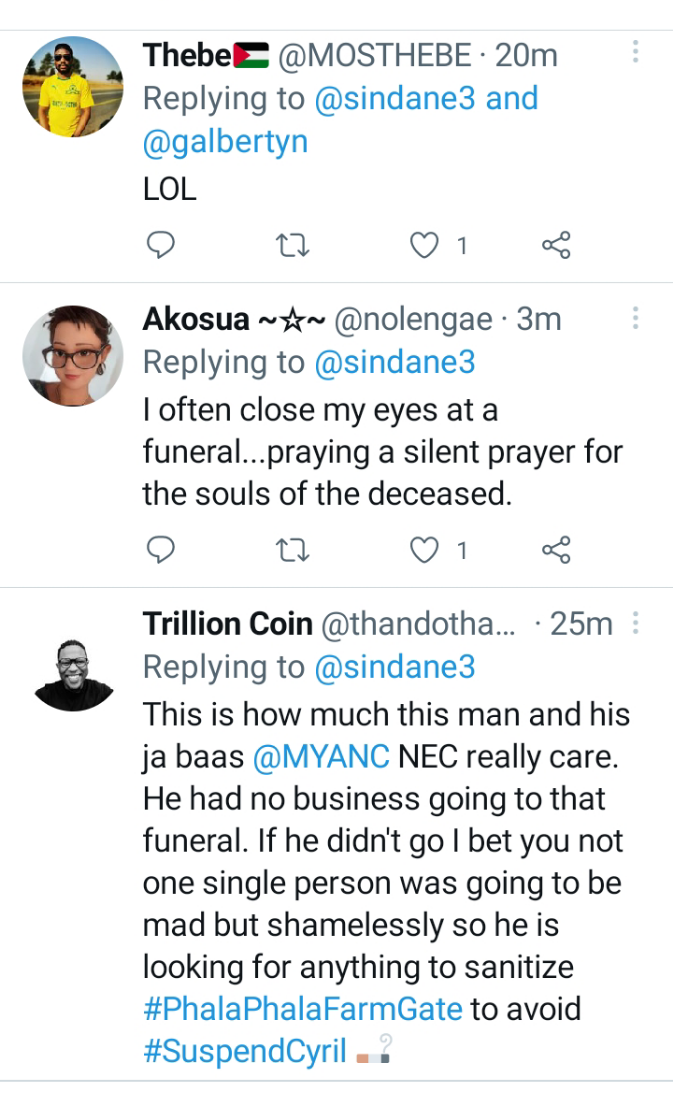 Judging by their comments it's easy to tell that some of the people who commented have seen the president sleeping before during an event which demanded his attention.

Presidents are generally very busy individuals who do not subscribe to nine to five like many of us do. Who knows maybe he had a late night last night due to his presidential commitments. Another obvious thing is that his day won't end with the funeral in East London as he has a country to run.

We'd like to hear from those who attended the funeral how things went, and was the head of state indeed sleeping during the funeral of 21 children.