WARNING: This story contain graphic details that may confuse readers 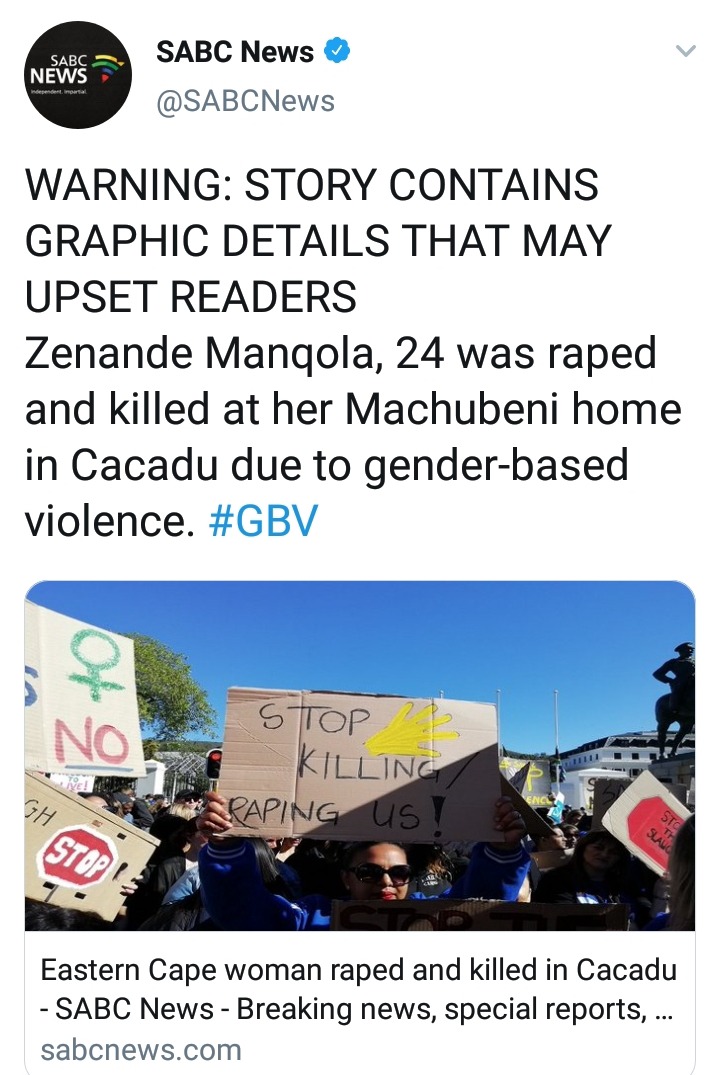 Another young woman's life in the Eastern Cape has been cut short by gender-based violence (GBV). Zenande Manqola, 24, was raped and died on Friday night at her Machubeni home in Cacadu, formerly known as Lady Frere.

Family members who came to check on her discovered her laying in a pool of blood. Her upper body was stabbed, and her throat was slit open. 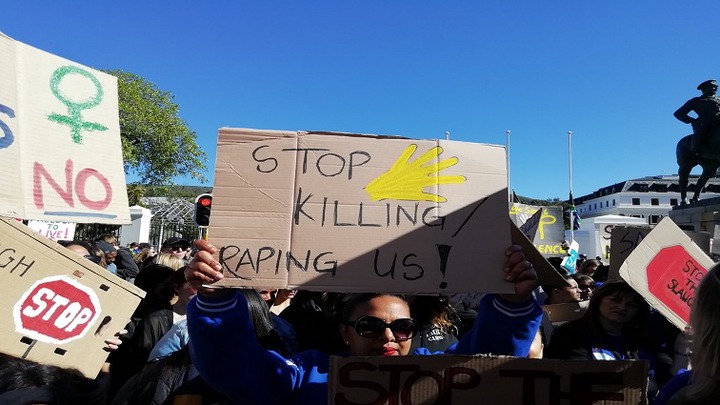 Manqola's heinous murder follows that of Nosicelo Mtebeni, who was allegedly murdered by her partner in August. Her remains were discovered not far from where she slept in East London after she was dismembered.

After going missing in Dutywa in 2019, another woman, Noluvuyo Nonkwelo-Ndema, was laid to rest last month. In the residence she shared with her husband, her body was discovered under a bathtub.

Manqola was allegedly assassinated by somebody she knew. Her grandfather, Ndoyisile Manqola, was one of the family members who saw his granddaughter's condition.

I dialed my nephew's number when I realized how many people had arrived. He requested that I come right away because Zenande had been raped and killed. My granddaughter's body was discovered in a pool of blood when we arrived.

Residents are in a state of shock. They claim that killings are common in the area and that the government should intervene immediately. We don't know where we'll receive aid because every time these kids kill someone, they're detained, freed the next day, and the case goes away. When we are in difficulties, they tell us to go to the police, yet the police are now useless since they do nothing. Rape is uncommon here, although people are killed more frequently by the same suspects. Oh, she was a lovely young lady. She was always giggling. Zenande was a sweetheart who would greet you from afar. As residents, we are suffering. We are heartbroken.

Two suspects have been arrested, both of whom are thought to be relatives of the deceased.

The crime has been committed by two individuals who are believed to be relatives of the deceased. Tembinkosi Kinana, a police spokesperson, explains.A murder case was opened, and two suspects were apprehended as a result of the investigation." The suspects were remanded in custody at Cacadu Magistrate's Court until their next court appearance on November 11th for a formal bail application.

Residents have battered to death two additional alleged criminals who are also linked to the dead. On Saturday, November 13th, Zenande Manqola will be laid to rest.

In the Eastern Cape, another young woman's life was captured:

"I have lost a friend, mentor and guide, " Pravin Gordhan Is In Pain