On Thursday, January 20th, 2022, an explosion happened at Appiatse between Bogoso and Bawdie in Ghana's western region.

"It's as if we're in a war-torn nation," one witness said. Buildings and other constructions were leveled as a result of the detonation.

A thorough emergency recovery exercise has been "initiated" by police and other emergency service providers in conjunction with each other.

It appears that the explosion was caused by a collision between a mining explosive vehicle traveling from Tarkwa to Chirano mines, according to police preliminary findings. 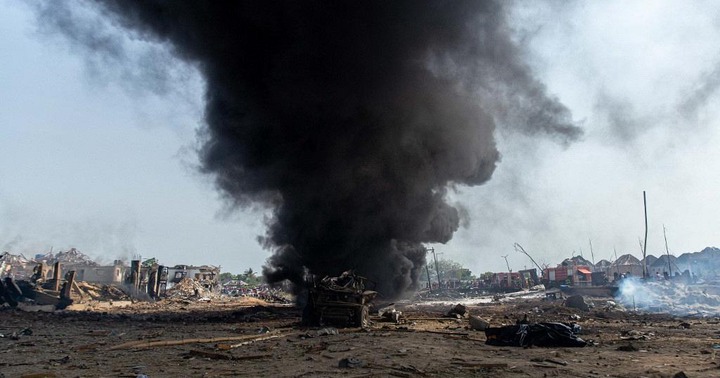 The Ghana National Fire Service (GNFS) has been reported to have been observed removing what seemed to be dead bodies from the rubble.

Most of the victims have been found and are being treated at local hospitals and clinics, according to the police report.

All locals are encouraged to remain calm as "we deal with this tragic circumstance."

Residents in the region can be seen wailing over the devastation wrought by the explosion.

A gas-related explosion between Bogoso and Bawdie had been reported earlier on social media, however the Police have rejected this.

Most of the victims have been rescued and taken to various hospitals and clinics in Bogoso Municipality, according to a Facebook post from the Service.

Security has been provided by the police to allow the emergency workers, such as the GNFS, NADMO, and the National Ambulance Service, to deal with the issue, according to the police.

People living in the impacted area have been told to leave their homes until recovery activities take place. 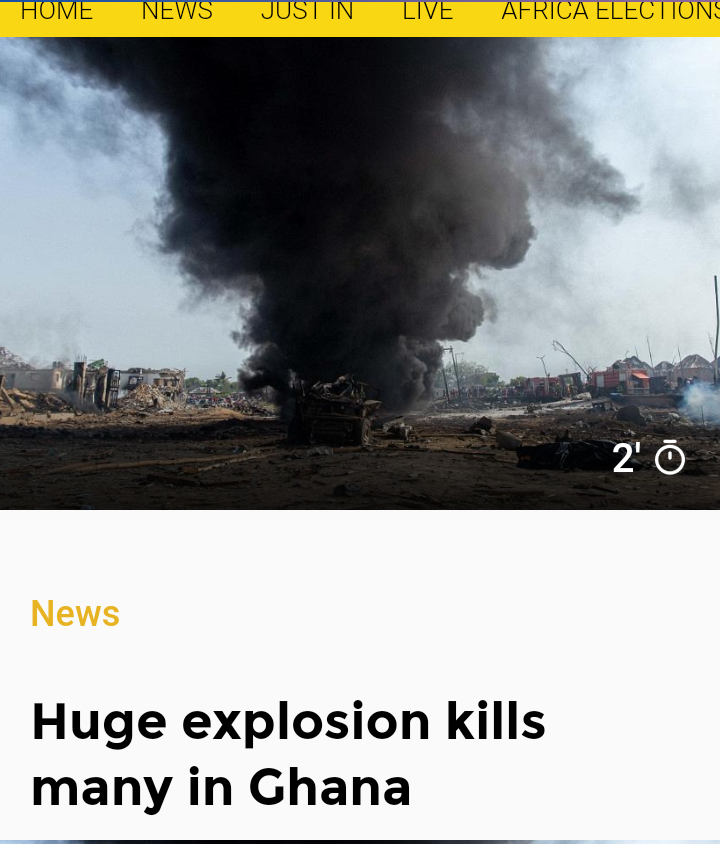 A request for classrooms and churches from neighbouring towns has also been made by police, in order to house the surviving victims.

Exposed : Namhla Was Brutally Beaten With A Sjambok Whilst She was Undressed