Those that are traveling to Zimbabwe they know that, they are multiple annoying roadblocks in the road, and some of them you don't even know what are they for. Some of them will be collecting money, they will look for reasons to stop you, even for no reason.

Some of them jus want to collect money from the people, you will be confused why they are stopping you. The moment they see a South African registered vehicle, they would want to stop it, because they want to get some currency from you. It is just multiple roadblocks that are boring and discouraging to tourism in Zimbabwe because of the corruption, and the incompetence of these guys that are called the traffic cop of Zimbabwe.

So now with this it is now becoming even more scary because, it shows that, not every roadblock is authentic in Zimbabwe. Not all are real, one maybe stopped thinking that they are stopped by the police, not know that it is the thugs in police uniforms that just want to rob you. So what do we do with such issues like this, and if you demand a police official badge from some of these these members, they will even make matters worse for you. 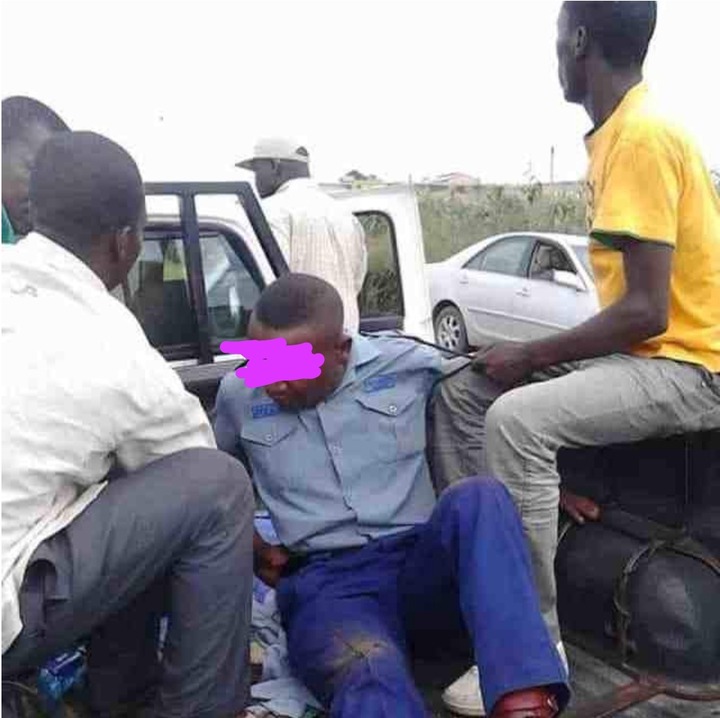 By A Correspondent- A Fawcett Security cash-in-transit team Thursday lost US$334 290 to robbers who mounted a fake roadblock donning police uniforms near Connemara along the Gweru-Kwekwe Highway.

Police said the robbers mounted a mini-road block just after Connemara and stopped the cash-in-transit vehicle which was on its way from Bulawayo heading for Harare.

“After stopping the vehicle one of the robbers who was armed with an AK rifle introduced himself as a police sergeant before ordering the driver to disembark. Two other robbers who were armed with pistols got into the vehicle and diverted it into a gravel road before stopping,” said the police source.

The source said three more robbers armed with AK rifles emerged and disarmed the Fawcett team members, tied their hands and covered their faces with cloths.

“They then forcefully opened the back of the car and took $334,290 cash before disappearing.”

Instant R10,000 Reward For Anyone with this Sensitive Information