Is level 4 the solution to our problem as a country?

By Newsencoropera (self media writer) | 6 months ago 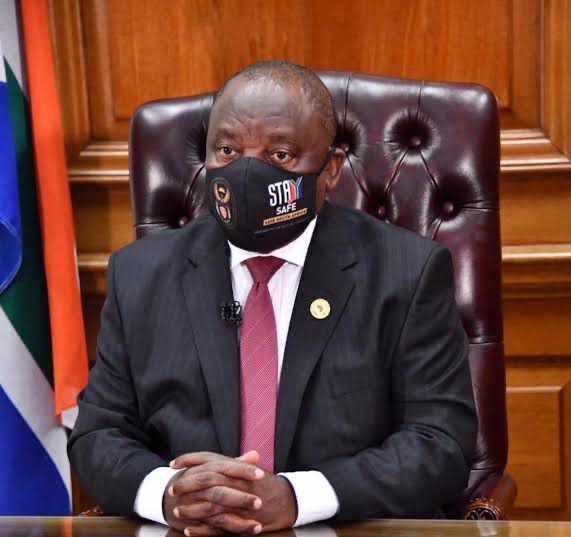 President Cyril Ramaphosa has announced that the country is going back to alert level 4 effectively from the 28th of June, for a duration of two weeks.

The third wave level 4 is definitely not the same as level 3, but it is much better than the initial level 4 that was in place during the first wave of the corona virus. Yes, more strict restrictions are in place but at least this time around the government has considered the state of our economy as a country and decided to allow citizens to continue working only if they cannot get their work done remotely.

Work places like Mines, Farms and factories will still be operating as usual. Schools will be closed as this was going to be the case for June holiday anyway but they will be closed earlier than the usual. Travelling within your province is permitted between 04:00 - 20:59 and curfew hours starts from 21:00 - 03:59 unless you're an essential worker, traveling outside your province is also not allowed unless it's work related and you will have to provide proof to the authorities, failure to do so will result on imprisonment.

Parks and beaches will be opened but no gathering are allowed in them, this goes for entertainment places (clubs, bars) and religious places as they are super spreaders of the virus. The only gathering that will be allowed under level 4 will be in funerals but only 50 people can be able to attend them.

Also the major one, the alcohol sales on and off sites are banned for the next 14 days, this decision alone has caused a division among the citizens, some saying it's a good move by the president wherelse some don't agree.

Does our country need this in order to try and curve the number of daily cases that increase drastically everyday? People argue that this shouldn’t have happened for obvious reasons really. Many people will be sitting at home without pay for the next two weeks, and they are also saying that they should have at least permitted alcohol to be sold but people should drink from their homes, just like they did with restaurants.

The closing of big companies that sells alcohol will not help anyone as many will still have access to it in townships, as well all know that taverns will be operating like its business as usual so its pointless.

The only people that will be affect the most are workers of such companies as they will have to sit two full weeks without pay. Some agree with the president’s initiative, saying that hospitals are full as it is so they don’t need other factors such as accidents on the roads that will be caused by drunkens as we all know what happens when people have had to much to drink.

Well, the president was due to make some heavy decisions and they were always not going to be liked and approved by everyone, but we believe he knows what's best for the country and we cannot defy him.

Do you think level 4 is the solution? Will this lockdown make any difference whatsoever? Please leave your answer in the comment section below.

Content created and supplied by: Newsencoropera (via Opera News )