A story about a crime gang in India created a media storm; when it was discovered that; the Indian gang; ran a fake police station for eight full months undetected.

The incident happened in Bihar state; in India; where the gang set up their own fully fledged and fraudulant police station; a mere 500 metres (yards); from the home of the actual local police chief. The fake police station was operated from a hotel building; for a good eight months; with police officers; dressed up in full police regalia.

According to a police official; who spoke to the media on Thursday; the "police gang" allegedly extorted money from hundreds of people.

However; such incidents of fraudsters pretending to be the police or soldiers are not new to in India; the gang happened to take the scam to a high level of organised crime.

India is known for widespread fear and respect for authority and those in uniform; so criminals take advantage of that.

A real police official; D.C. Srivastava told AFP; an Indian media house; that the Bihar based gang; operated a fraudulant police station; 500 metres (yards) from the home of the actual local police chief.

The gang then pocketed cash from other members of the public; while they promised to help them secure social housing or jobs in the police. 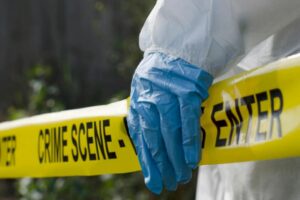 Srivatava further revealed that; the gang also created employment; by paying people from mostly rural areas; a daily stipend of about 500 rupees (around $6); to act as other police officers working at the police station.

The scam was torn apart; when a sharp and genuine police officer; noticed two of the gang members; carrying guns made at a local workshops; as opposed to service-issued weapons.

According to Srivastava; a total of six gang members; including two women; were arrested; however the mastermind is still at large.

This was a high level scam that went undetected for a full eight months. If the ringleader is still at large; he can easily set up shop elsewhere.