ATM bombing: Tembisa Phomolong Section. This is what they found

By News_Critic (self media writer) | 6 months ago

Just in according to a Twitter user names @Abramjee an ATM bombing has just occurred at Tembisa, Phomolong Section. In the images shared three Capitec ATMs seem to be destroyed beyond repair. One Twitter user named @KonasNedondwe is quoted tweeting " where are the cops when such things happen in broad daylight''. While another user named @caswellraseleka was quoted tweeting "people need money urgently. It is unemployed and poverty that result into acts of criminality".

It is very important to discuss what the last Twitter user tweeted is there any excuse for committing crime? Yes, it is easy to say yes until one of your family members is the one caught in the cross fire. Poverty, hardship, hunger and unemployment are reasons for frustration and disappointment in governmental administration, but were do we draw line on what is or not acceptable. Recently South Africa has been gripped by the effects of a disastrous global pandemic, high unemployment rates and an increase in dangerous crimes, but is the government the only means of liberation from poverty?

Below are images from the scene and comments from Twitter users. 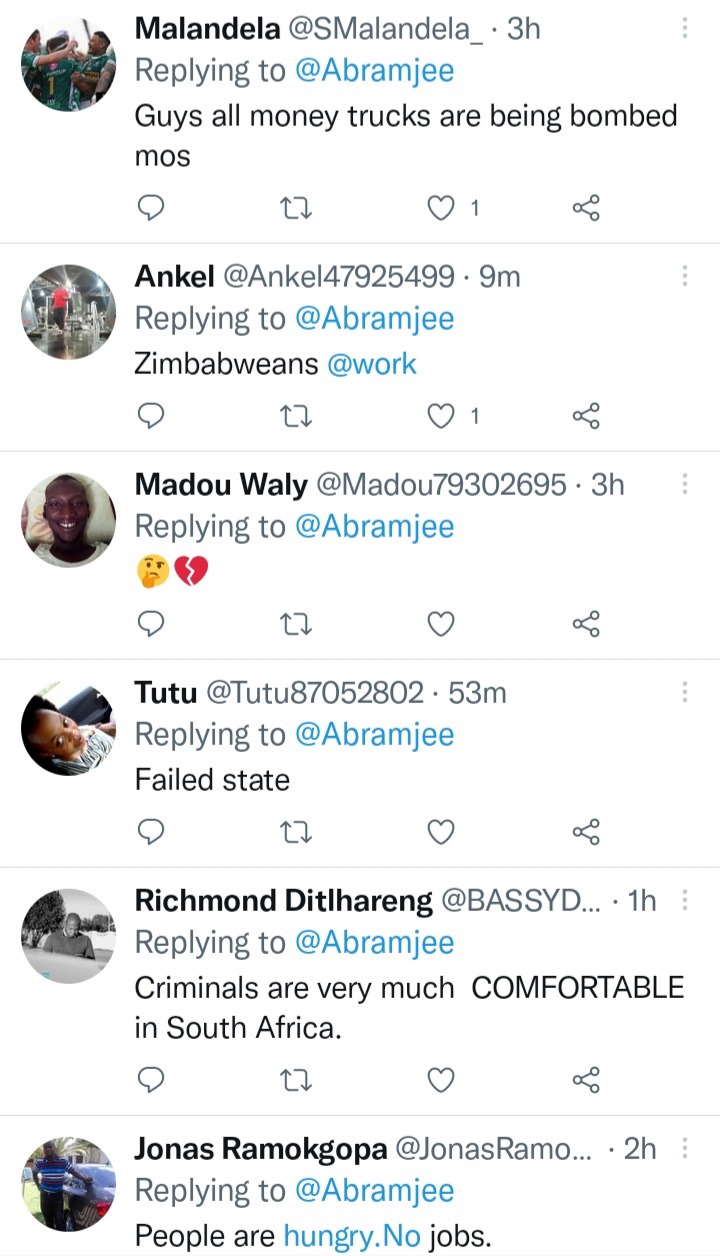 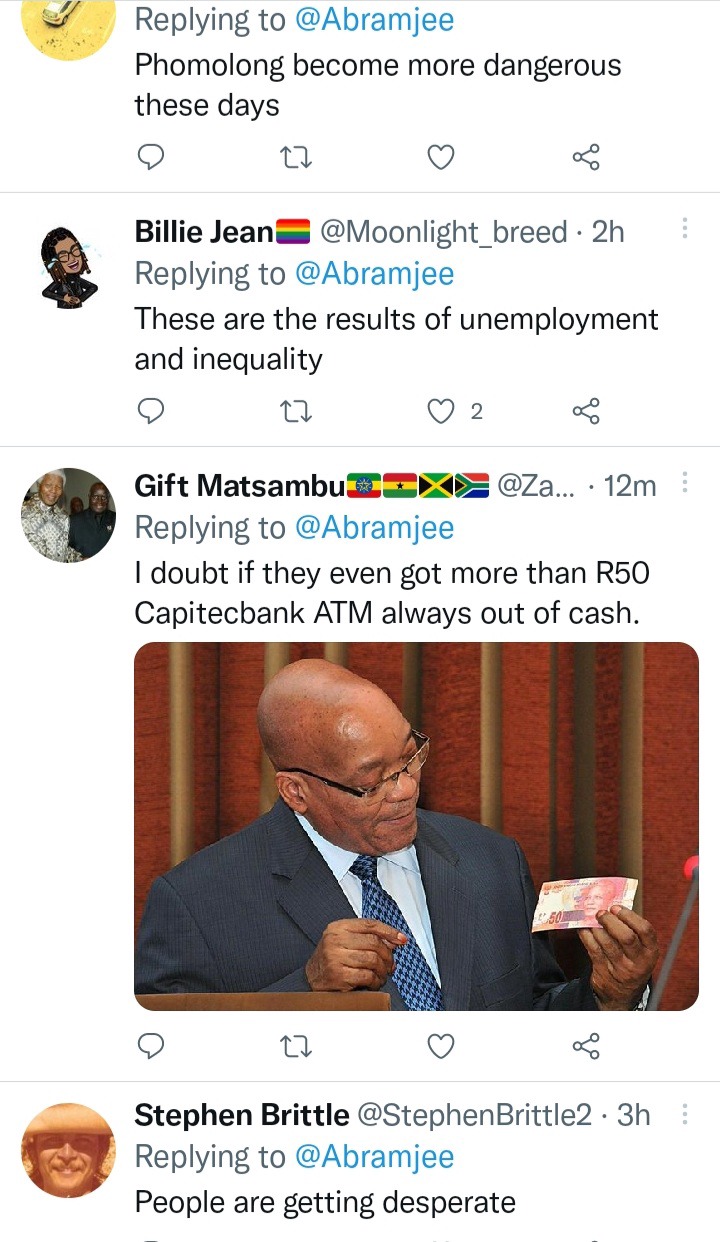 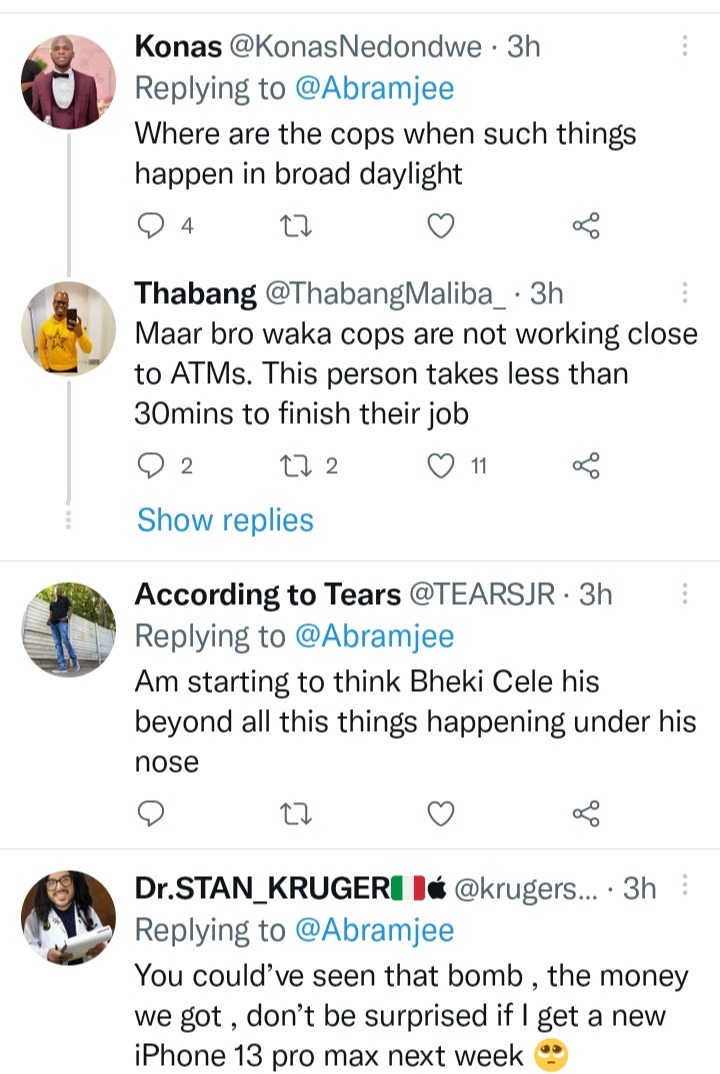 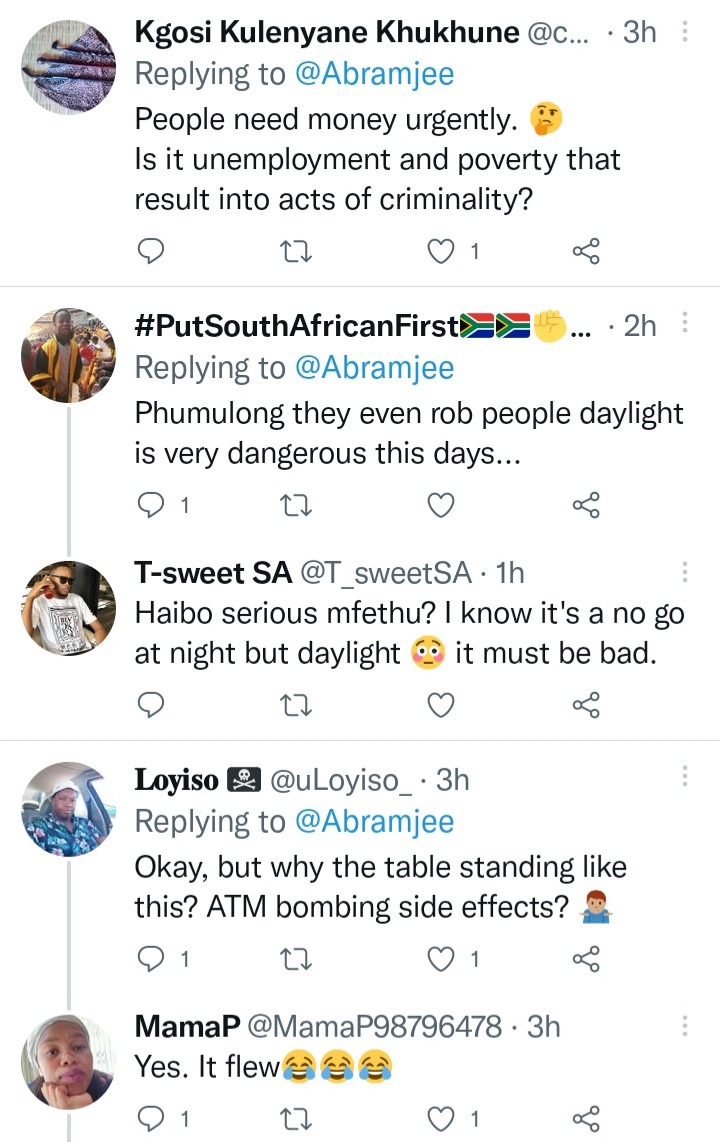 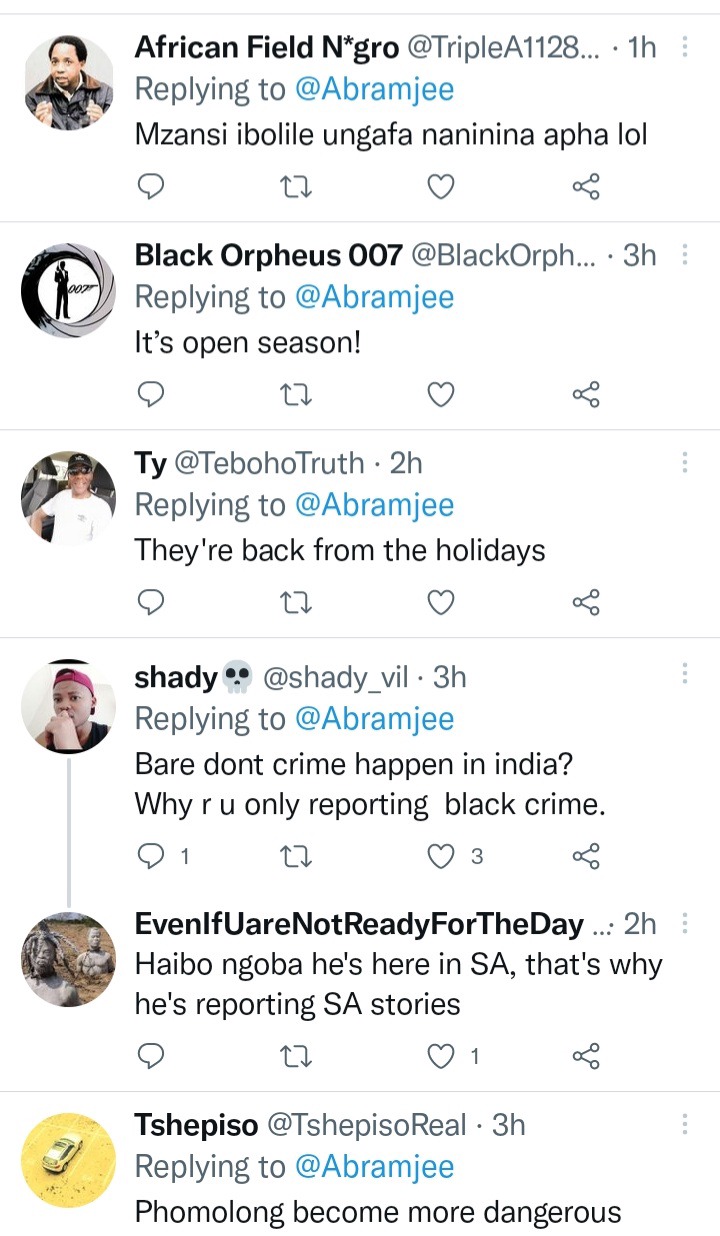 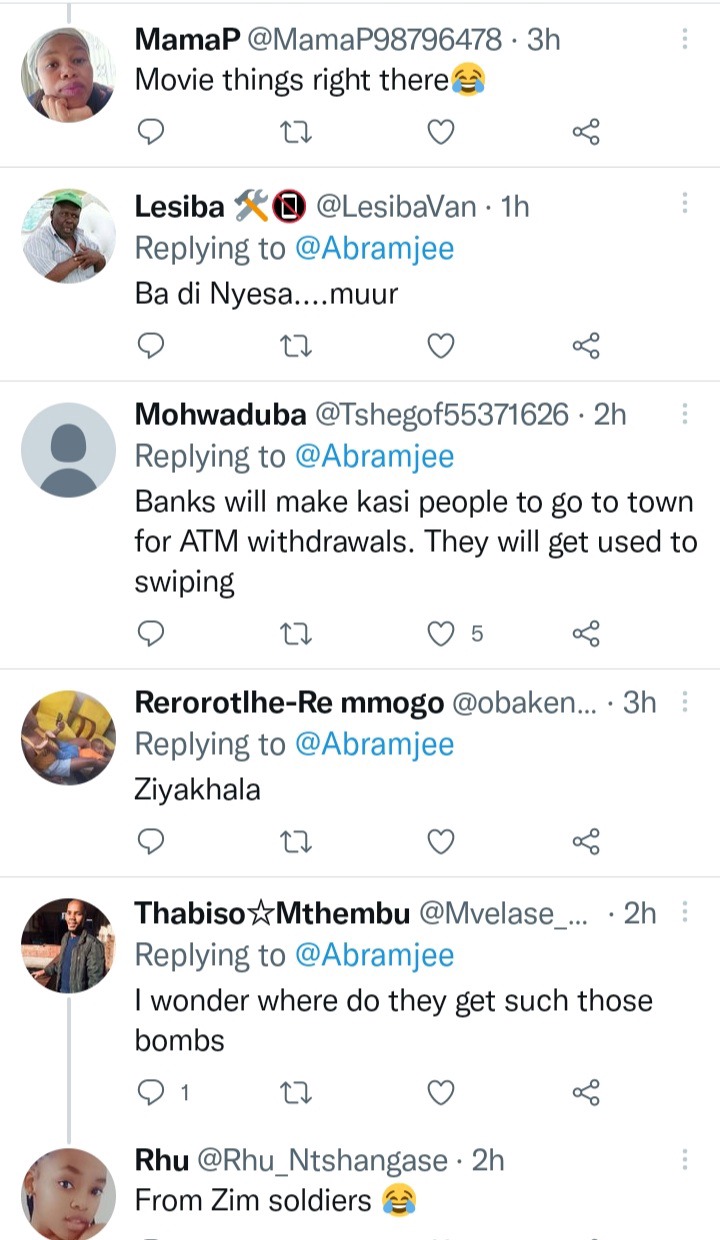 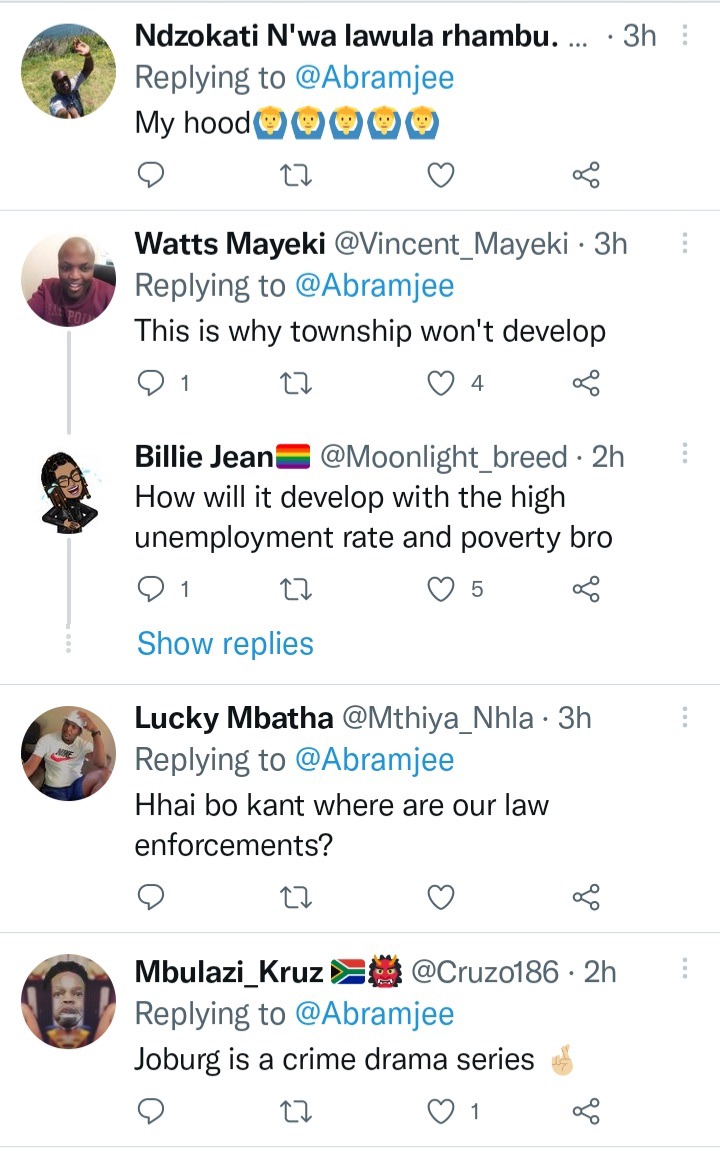 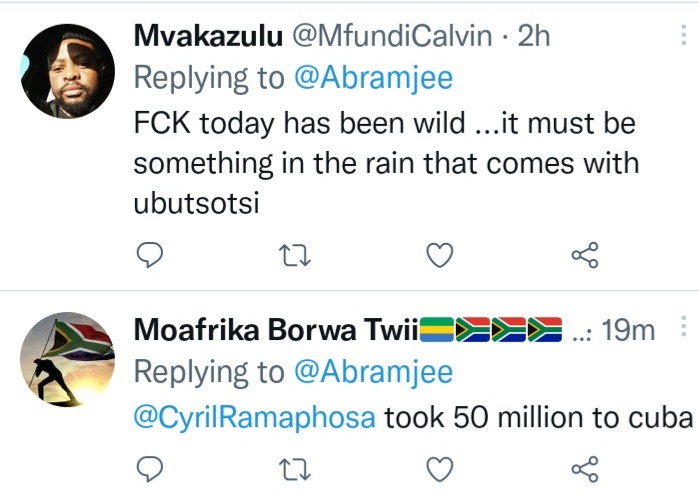 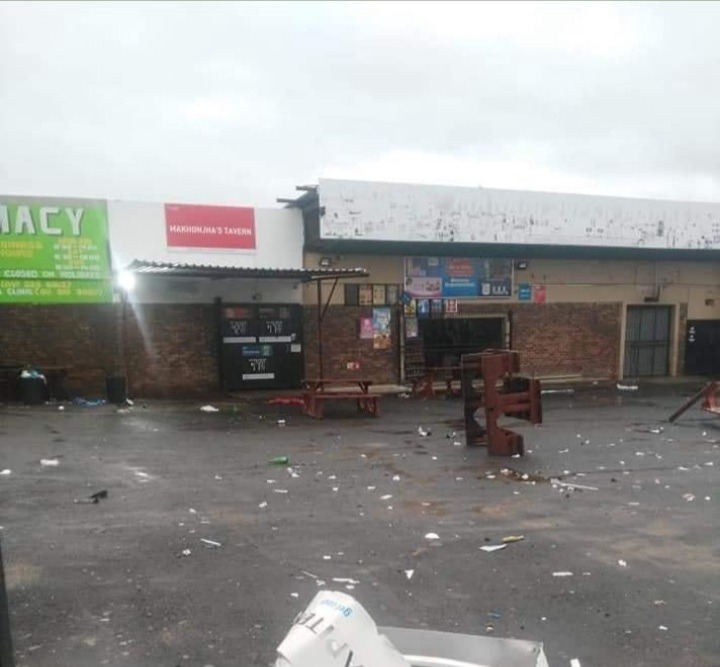 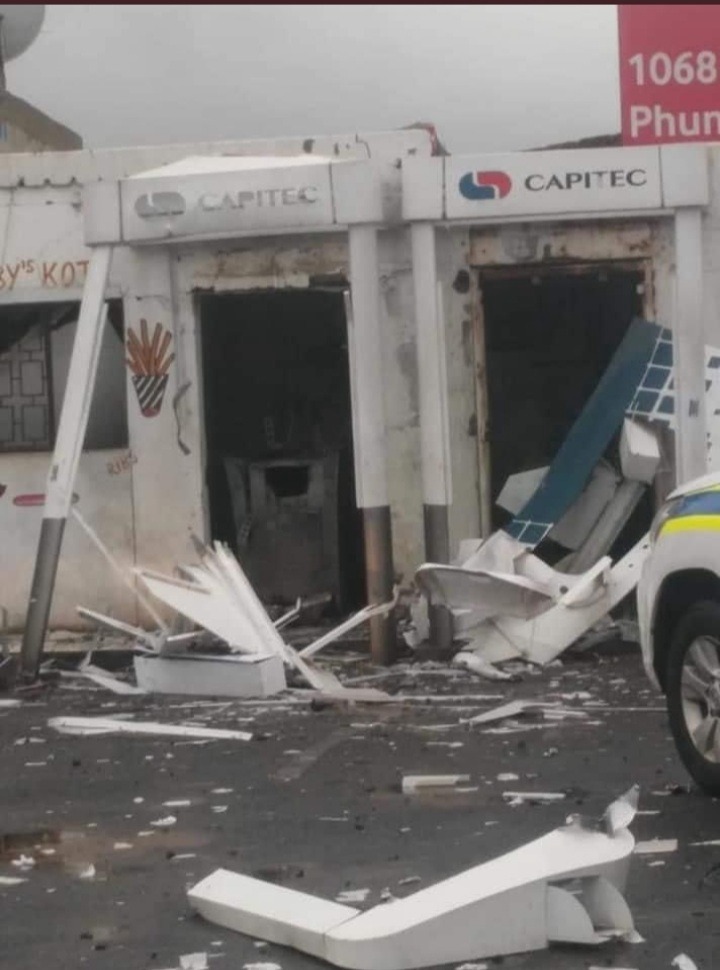 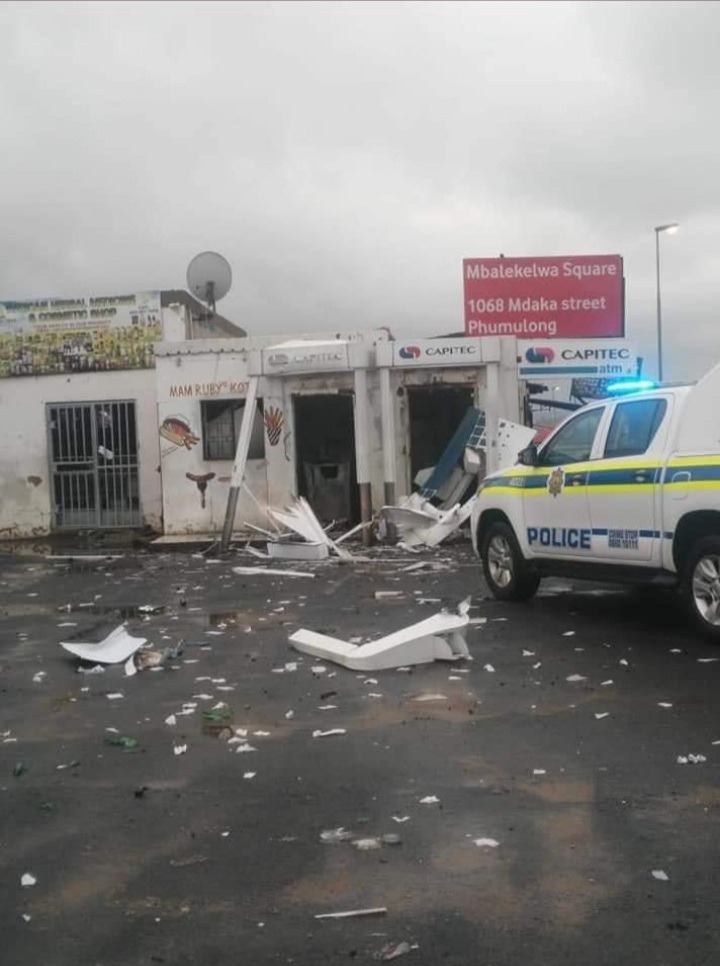 Some would argue that the government is responsible in making sure that they fulfill the mandates for which they were elected in government. In a scenario were the government is not fulfilling its promises can't citizens take matters into their own hands. I mean we have had poorer countries in Africa where their citizens have decided that entrepreneurship is the only way to see themselves through. Yes, capital can always be a major hindering fact to such exploits, but have we as citizens done our best before laying the blame solely on government.

This is a tricky situation, because much is expected from both parties especially the nations government. They were elected in the government to serve its citizens and not it selves. Please share your thoughts in the comments section on what can be done to improve the citizens wellbeing and elect more responsible leaders

Content created and supplied by: News_Critic (via Opera News )