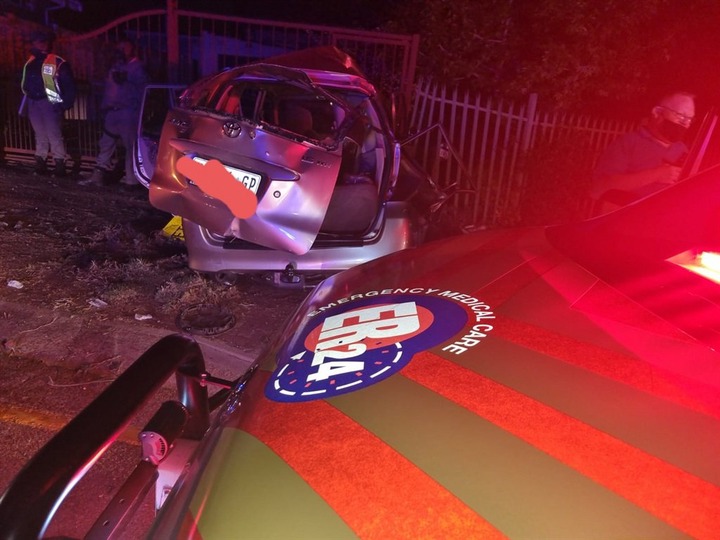 In a traffic accident in Gauteng, a kid died and five people were injured. According to emergency services, three persons reportedly left the site of the collision.On Sunday night, a Toyota Avanza collided with a delivery truck in Lindhaven, Krugersdorp, killing the 10-year-old child. Five adults were injured, with two of them critically injured. According to ER24 spokeswoman Ross Campbell, paramedics arrived on the site at 19:50. "The majority of the adults on the Avanza had... escaped. The youngster was discovered in the car, with no signs of life. Nothing could be done for her, and she was pronounced dead on arrival "Campbell stated.He stated that two guys in their twenties received significant injuries and required advanced life support treatments before being brought to the hospital.

"One female, estimated to be in her 30s, received moderate injuries and was also treated and brought to the hospital by ER24," Campbell added.

Campbell said that two individuals had minor injuries and were treated and brought to the hospital by another service.

"Three people from the vehicle are said to have left the scene. Metro police were on the spot conducting investigations "He stated.