By CreativeNews_08 (self media writer) | 8 months ago

Another shocking incident has left the residents of Malamulele without hope in Police.

Residents woke up to the tragic news and they were left disappointed by the Police station. 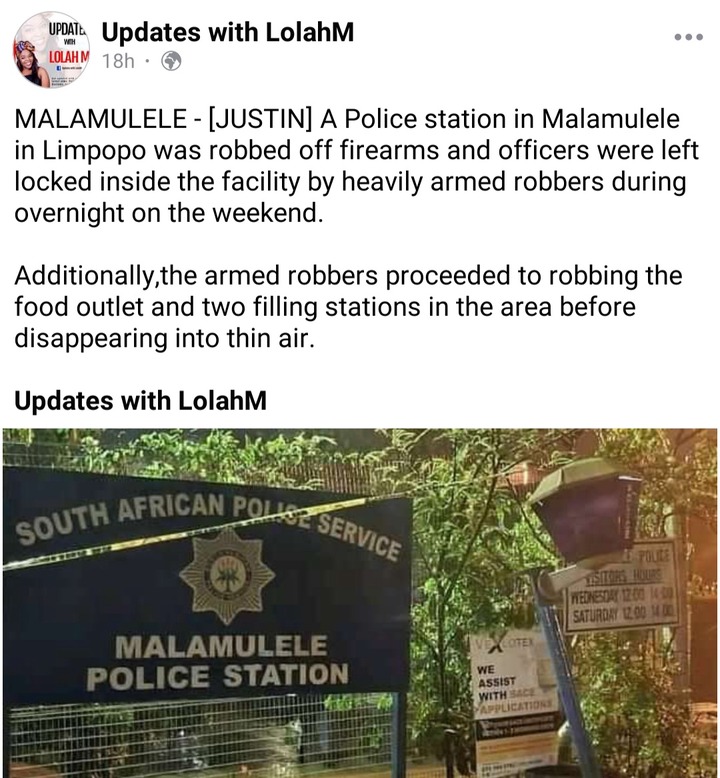 After robbing the Police station, food outlet and the two (2) filling stations the robbers just disappeared without a trace.Investigation are underway but resident no longer feel safe as Police officers are also attacked by criminals.Apparently criminals now target Police stations at night since there's a shortage of staff.

The robbers knew the Police were out numbered and attacked them.

Content created and supplied by: CreativeNews_08 (via Opera News )